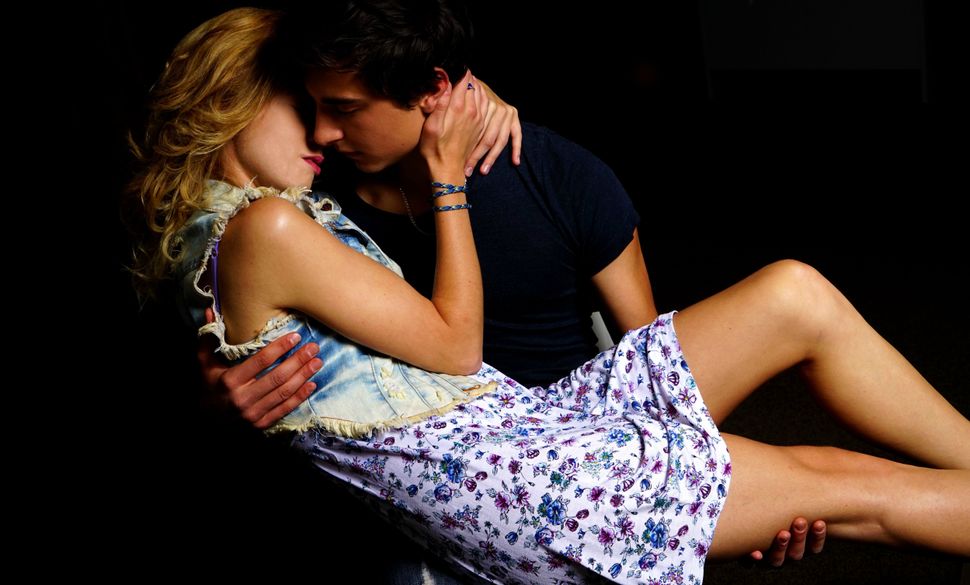 Natalie Portman’s “A Tale of Love and Darkness” might be the most anticipated film adaptation of a work of prose (Amos Oz’s incomparable memoir of the same name, 2002) at the current New York Jewish Film Festival. But Russian-speaking Jews are rooting for “Natasha.” This film, by Latvian Canadian writer and filmmaker David Bezmozgis, is based on the title story from his 2004 collection titled “Natasha and Other Stories.”

The mostly subtitled movie is set in the present day and some details have been updated: the iPhone is now ubiquitous. But the bigger change is in how Bezmozgis translates the tale of his teen protagonist Mark Berman (the charming Alex Ozerov) for the screen. Mark spends his summer vacation, like any other good Jewish boy, reading philosophy in his subterranean room, where there is a picture of Einstein on the wall. Dying of ennui, Mark, quits a telemarketing call center summer job, which he compares to “lobotomy,” in order to deliver marijuana for his handsome, pot dealer friend Rufus (Aidan Shipley).

Mark spends his summer vacation reading Nietzsche, and his antagonist Natasha is inspired by the philosopher’s musings. She’s Dionysus/Bacchante incarnate: arsonist, seducer, castrator, a materialistic, hell-bent vixen, seeking to wreak havoc on the staid and boring, rational world that Russian-speaking immigrants have created for themselves in middle-class Canadian suburbia. In the movie version, the immigrants are trying to make sense of a Russia they no longer understand through newer, traumatized arrivals from the motherland.

Played convincingly by Sasha K. Gordon, Natasha is a newly arrived Russian immigrant who had been preyed upon in Moscow by pornographers and pedophiles. Victim turns victimizer, she imposes her dark sexual energy on the unsuspecting, assimilated, acculturated, and properly Canadianized, nearly virginal teen. Mark’s polymath uncle Fima, previously unlucky-in-love, has been set up by his relatives with Natasha’s mother, something of a mail-order bride. Mark has been asked by his mother to set aside the intellectual notes from his underground and chaperone the lonely Russian teenager into the new world. Natasha, seduces Mark in the dark basement he inhabits in his parents’ home.

A hundred years ago “in-vino-veritas” was Henrik Ibsen’s motto for “Hedda Gabler” (another heroine inspired by Nietszche’s “The Birth of Tragedy”), presented with Dionysian grape vines in her hair. For Bezmozgis’s tragic heroine, the wine has been transformed into weed (notable in a movie about the collision of two worlds since it’s a drug still uncommon in Russia).

Russians will be happy with the verisimilitude of “Natasha,” with a cast entirely made up of Russian-speakers who seem to be eating off just the kind of lacquered, ersatz Italian furniture that ex-Soviet immigrants acquire, whether in Toronto or Brooklyn.

Since a tragedy is usually foretold in some way, let me risk a film spoiler: Mark and Natasha’s summer idyll does not last. A measure of tragedy or chaos and the Russian artistic soul are hard to separate. Natasha hates her mother and will not let her live happily ever after with schlimazel uncle Fima. And Mark isn’t macho enough to satisfy all of Natasha’s needs of a risk taker, or a man who will protect her from the world’s evil machinations.

“Natasha” is not Bezmozgis’s first film, nor his first to focus on a teen. His feature “Victoria Day” (2009) dealt with a 16-year old protagonist. Bezmozgis’s new film may not represent the birth of a new form of Russian tragedy, but personified by its tragic title heroine, the viewer has to give Natasha credit for trying, and the girl herself, for being hard to get out of your head.