How I Relieved Myself Through Prayer 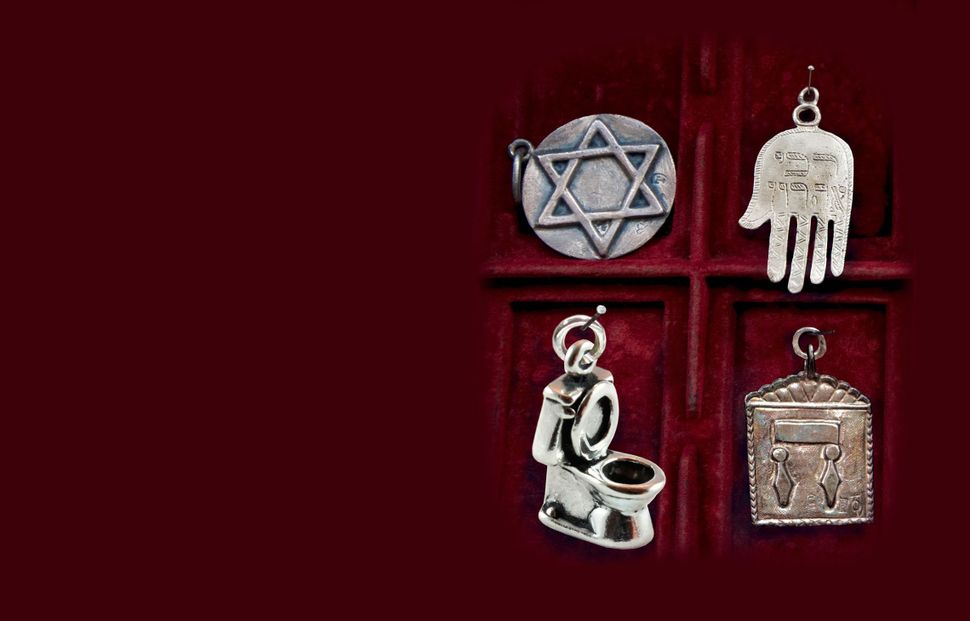 My brother was trying to decide if a friend of mine was too religious for him to date. We were both in our teens then. I had no idea how he defined “too religious.” “Just tell me,” he said. “Is she the kind that says that weird blessing when she comes out of the bathroom?”

He was referring to the after-bathroom blessing, also known as Asher Yatzar (meaning, literally, “that was formed”). It loosely translates as: “Thank You, God, who formed human beings with wisdom and created them with openings and orifices. If one of these orifices were ruptured or one of them blocked, whoa – it would be impossible to stand before You and survive. Blessed are You, God who heals all flesh and acts wondrously.”

I had recently taken up the practice of saying Asher Yatzar myself. As such, I personified – in his eyes — someone who had stepped beyond the pale of Modern Orthodoxy to crazily religious. After all, I said the toilet bracha.

I sort of got it, why the Asher Yatzar was his litmus test for an over-the-top frummy. It required a real commitment. Asher Yatzar wasn’t the sort of thing you could say once a day, like shacharit morning prayers, in the privacy of your home, and then move on, blending seamlessly into the outside world. The blessing followed you. For every single tinkle, every movement of the bowels, one had to praise the Almighty. Also, the prayer had its awkward aspects. Say I had just used the bathroom in a movie theater. It’s forbidden to utter God’s name in the bathroom, so after I exited, I’d look down and mumble Asher Yatzar while fumbling through my purse or tying my shoe or fake-yawning into my fist — otherwise I would look like a nut talking to the air. (This was way before Bluetooth and earbuds made it OK to be seen moving one’s lips with no one in sight.)

But even with the inconvenience, I have loved saying that blessing throughout my teens, 20s, 30s and beyond. I hope to say it until my dying day.

I have said the Asher Yatzar blessing in McDonald’s (after using the bathroom, not eating the food), in a church in Venice, outside Porta- Potties at hog fairs in New Jersey, at train stations, in my voluminous wedding dress, when I was in labor, and then post-labor, when I could barely keep my eyes open.

Once I desperately needed the bathroom in Rehavia and knocked on a stranger’s apartment door. Turned out I had barged in on a rabbinic conference. They let me use the toilet, and afterward I said Asher Yatzar in the presence of 40 bemused silver-bearded sages.

I have uttered Asher Yatzar at all my jobs, some of which oppressed me body and spirit. Yet whenever I recited the brief blessing, I’d feel a tiny awakening, or even a frisson of subversive delight. The prayer reminded me that I had a life outside of work, that I had a self, and, corny as it sounds, a soul.

I have said the prayer absentmindedly, yawning in the middle of the night, reflexively, quickly, rushing through the words, and I have also lingered over each word, giving it its own breath, as though uttering a love song to my sweetheart.

Sometimes, when people catch me in the Asher Yatzar act, I have to explain what I’m doing. They find it hilarious. Outrageous. Or cool. Most don’t get it. Why should anyone thank God for taking a leak? But I trust a religion that celebrates the earthy, that sees meaning and godliness in a bowel movement, that isn’t too prissy or squeamish to call it like it is. It seems intuitively right to appreciate this most basic bodily function. My father, who struggled with constipation for most of his life, would get tears of relief and joy whenever he was able to evacuate himself.

And yet, perhaps the sages waxed a little too poetic or exaggerated just a wee bit with the wording? As in: “Blessed are You, God who heals all flesh and acts wondrously.” Heals all flesh? Come on! What does that even mean?

One day I got an inkling.

A few years back, my then seven-year-old daughter came down with a terrible case of psoriasis – a freak reaction to strep throat. Red, scaly, amoeba-like patches covered nearly 85 percent of her body. None of the hydrocortisones, sunlamps or powerful creams helped, or if they did, never for very long. At his wit’s end, the dermatologist suggested methotrexate, a drug usually used to treat cancer. I turned to an Italian octogenarian chiropractor who’d devoted his life to healing psoriasis. He said elimination was the answer. Her gut needed healing. He put my daughter on a strict anti-inflammatory diet that aimed to have her produce two to three bowel movements a day. After six weeks, her skin felt like butter, softer and beautiful than it had been as a baby. Not a trace of red remained. Apparently, it’s not news to holistic doctors or Chinese medicine that so much health depends on proper elimination. I couldn’t resist sharing the Asher Yatzar blessing with Dr. Pagano. He was deeply moved and impressed that sages of long ago understood that a good bowel movement is the key to good health.

A 16th-century rabbi composed a poem: Pay attention to the soul. But Asher Yatzar tells me, Pay attention to the body. There’s wealth there. Maybe spiritual wealth. Sure, a mind can apprehend God – but so can a body. Sometimes the body knows things that the mind can’t. In fact, body and soul don’t have to be enemies. They can dance together, a little. Work with each other. Here’s how: Say Asher Yatzar.

Although I must say, that phrase, Asher Yatzar, sounds like a guy I might’ve dated. In fact, a 16-year-old Yeshiva buddy of my husband’s once sent a fake engagement announcement to the Jewish Press: Asher Yatzar gets engaged to Beth Kissei (Hebrew for bathroom). The Jewish Press printed it. Apparently, nobody realized it was a joke.

Ruchama Feuerman is the author of “In the Courtyard of the Kabbalist” (New York Review Books) and most recently of the children’s book, “The Mountain Jews and the Mirror.”

How I Relieved Myself Through Prayer