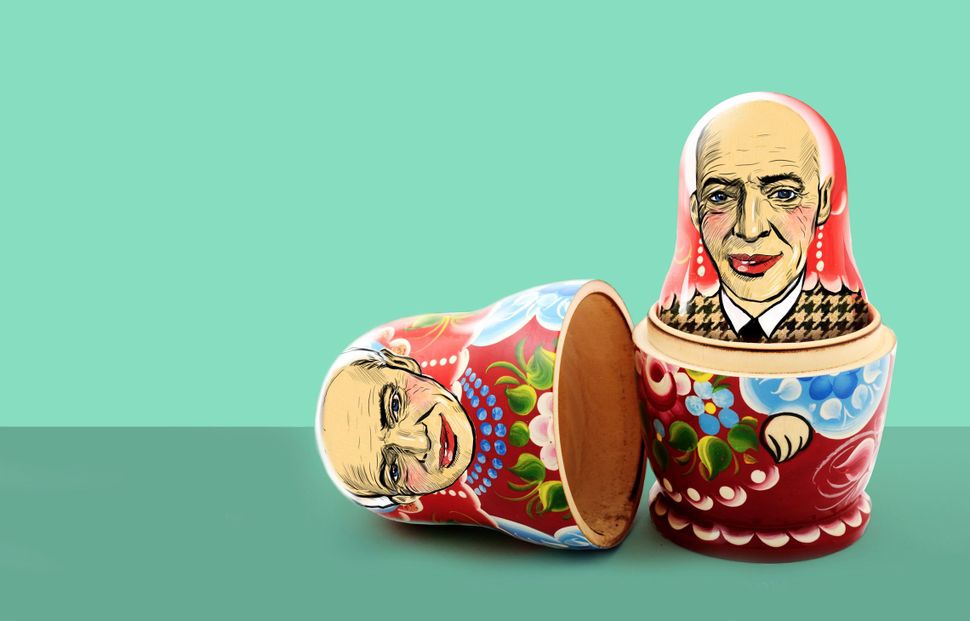 ‘Surely one of the healthier ironies of the United States is that its finest postwar novelist was an illegal immigrant from Canada. I realize that in pointing this out I risk stoking the moronic inferno of this season’s national seekers of high office, but also, more seriously, of mischaracterizing Saul Bellow’s genius.”

That’s not all the newness we need. Among other things, we need a New Politics that is citizen-driven and a New Cinema run by directors who practice the New Politics without fear. We need a new Woody Guthrie because the old Woody Guthrie songs are tinny banjo nightmares, and we need a new Ella Fitzgerald because the old Ella Fitzgerald married Darth Vader and became Ella Vader. We need a New Cuisine, unburdened by history, but we also need an Old Cuisine because you have to do something with all those leftovers, and a Lean Cuisine for those nights when we don’t feel like cooking and it is 1982. We need a New Academy because the old academy isn’t accepting any more applications, and we need a new Thomas Piketty. The one we already have has gotten too busy to spend time with us.

And you know what else we need that is new? We need a new Nietzsche to remind us that God is still dead, a new Camus and a new Kant, though I kant remember what we need him for right now. We need a new Mencken, a new Twain, a new Ambrose Bierce and new versions of other people we read because we worked on the college newspaper and fancied ourselves witty. We need a new Eliot to dare us to eat peaches, and a new Bette Midler for an all-new “Beaches.”

Our needs are many, and they outweigh the needs of the new. We need to need neediness. We need a new Bruce Springsteen for a New New Jersey. We need a new Thorstein Veblen, a new Marshall McLuhan, a new Hunter S. Thompson and generally we need more male writers whose last names end in “n.” Gurl, you know we need them right now.

We’re trying to open a refuge for every endangered member of the antelope family, so we need a gnu. One thing we don’t need is a new Coke, and, though we may want it, we don’t need a new drug. But we do need a new way to deploy dated pop-culture references, that’s for sure. We need a New Edition, a New Kids on the Block and a New Pornographers. We need a new sensation, new sensation, right now. We need a New Republic, a New Yorker, a New Criterion, a New Inquiry and several other new magazines that rejected this essay. All those magazines need new editors.

Also, we need a new iPhone because we dropped the old one in the toilet. Oh, we are so stupid! Why did we do that? We can’t afford a new phone, but how are we ever going to become the new Saul Bellow without one? That’s why we’ve set up this GoFundMe campaign, which we also need to get money to pay our rent. We would really appreciate a donation of any size. We would even accept $5. As soon as possible. Please. We’ll be your new best friend.