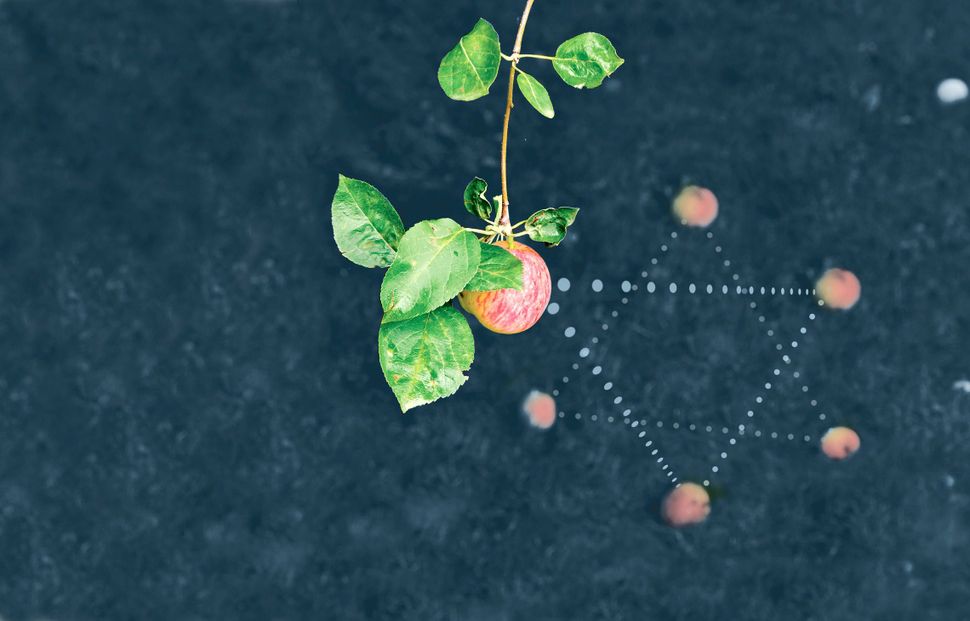 ‘They say you’re smart,” my friend Chavi emailed me a couple weeks ago, “ “so solve my problem, please.” I wanted to hear more about the unnamed “they” — we could be friends, I was sure — but Chavi’s dilemma was pressing.

A former ultra-Orthodox woman, Chavi is now the mother of two young children, and she finds herself torn over a schooling decision.

“The public schools in my neighborhood are great, but I want my kids to have a certain fluency in Judaism. How do they get that?” she wondered. Since moving away from the ultra-Orthodox life of her youth, she feels uncomfortable with religious schools, even of the more liberal or modern variety. But still, public school troubles her. “I feel like I’ll be responsible for my kids’ Jewishness myself. Which is scary to me,” she wrote.

Chavi, of course, is not alone. As others have pointed out, this appears to be the great anxiety of American Jews today: What does our Jewishness mean to us, and how do we convey it to future generations?

I thought of this as I pondered the theme of this month of Shevat, during which Jewish tradition places the “New Year for the Trees.” As a time when the rains of winter end in the Land of Israel, and the new agricultural year begins, Shevat reminds us of the cycles of life and the rhythms of reproduction. The impulse in all of nature to perpetuate itself.

In a fable particularly apt for Shevat, the Talmud offers us the very essence of this impulse:

A weary traveler walked by the side of the road and, after resting under a tree, looked up gratefully: “Tree, tree, how might I bless you? Your fruit is so sweet, your shade so pleasant, and under you flows a stream of cool fresh water.” The tree had all the virtues it could possess — what else might he wish for it? But the man found his blessing: “May all the plantings that come from you be just like you.”

We, too, want our plantings to be like us.

I was reminded of this as Chavi and I went back and forth about her dilemma.

“That’s the strangest thing,” she wrote. “I don’t even know why it’s so important to me. I guess I just want them to have the magic and beauty that I once cherished. You know what I mean?”

I knew what she meant.

I remembered an incident of many years ago, when my eldest daughter, Tziri, was around 10. It was on the night of Simchat Torah, the holiday celebrating the completion of the annual cycle of Torah reading in the synagogue; our family, all seven of us, were packing off to go. The dancing was to go all night.

Tziri declared she wasn’t going. As far as she was concerned, she wasn’t going to squeeze into the overcrowded women’s balcony to push and shove and compete with 80-year-old bubbes and screaming toddlers for a chance to glimpse, through a slat in the latticework, the dancing men below. She had better things to do at home, she claimed.

“But it’s Simchas Torah!” I cried.

It was a night I had always loved. Taking up the rear of the wagon train of major and minor holidays and fast days that occur around the month of Tishrei, Simchas Torah had always felt so spectacularly climactic, the perfect expression of the genius in the best of our religious instincts.

Of course, I could hardly blame my daughter for her disinterest. In most Hasidic communities, regular shul-going is a male-only practice; women are not only afforded inadequate accommodations, but also relegated to observing rather than participating.

We weren’t going to leave a 10-year-old alone at home, though, especially — as the whole community gathered at shul — with no neighbors around to look in on her or to call on for an emergency. After lots of cajoling, Tziri gave in, and with her mother and sisters she went to join the women upstairs while I took my boys to join the throngs of dancing men below. Later, after the services were over and our family gathered once again outside the shul, I could tell from the tired and irritated look on Tziri’s face that she remained unmoved about Simchas Torah.

Never mind, I thought. How silly of me to think a 10-year-old would care about shul.

Most puzzling of all, though, was my own impulse; I was no longer a believer at that time, maintaining an outwardly observant life for appearances only. And yet here I was, wishing for my little girl to recognize the beauty and joy of a day that I myself no longer found especially meaningful.

Now, more than a decade later, I think of this desire as emblematic of this Great Modern Jewish Anxiety. We want for our children something we care about but can’t quite articulate, having only an inchoate sense of what Jewishness could be for us in the modern world. To many American Jews, it appears that their children just aren’t buying it.

And so we fret.

But why? What is this seemingly atavistic attachment we cannot let go of?

Andy Bachman, former rabbi of Brooklyn’s Temple Beth Elohim and now the director of Jewish content and community ritual at New York City’s 92nd Street Y, told me he has the answer — and, unlike so many American Jews, he isn’t anxious about Jewish continuity. “The biological impulse leads people to seek connection to larger narratives,” he told me. The desire to partner, to produce offspring, to observe the passing of a loved one, all of these are markers of life’s rhythms that bring people to ritual and ceremony and community.

If my own casual observations are any indication, Bachman is right. Among my ex-Orthodox friends, after years of declaring they wanted nothing to do with religion, many end up turning to religious ceremonies when celebrating their weddings or the births of their children. And now, my friend Chavi, appeared to be feeling that impulse with regard to educating her children.

“You haven’t solved my problem yet,” she wrote me after I had gone silent for a few days.

I wanted to tell her to go back and tell them “they” were wrong: I wasn’t so smart after all. I had no solution for her.

Instead, I shared with her an uneasy thought: If I were raising children myself, today, as a secular person, I would be inclined to raise them with a commitment to Jewish religious practice.

Call me irrational. Call me inconsistent. Call me insane. But I want for my children much of what I myself have rejected. Not all of it, but a good portion. I want them deeply immersed in Jewishness — not only in Jewish culture, but also in its values, texts, traditions and rituals.

I have puzzled over this desire, which in some ways echoes Chavi’s, but perhaps it shouldn’t be all that puzzling. Perhaps that is all we seek: for our plantings to be like us. For our offspring to like what we like, to learn what we have learned, to cherish what we have cherished and, perhaps most of all, to identify as we do.

Still, I believe that Jewishness cannot just be; it must teach, and even obligate. A Jewishness that is expressed in identity alone is not only vacuous but also dangerous, easily leading to separatism and supremacy. The task, then, is to find what it demands and to answer that call.

“I feel like I’ll be responsible for my kids’ Jewishness myself,” my friend Chavi had written to me.

Maybe that’s just it, though. We are responsible for our kids’ Jewishness ourselves. Delegating the task to educators strikes me as insufficient. Perhaps the question we must ask is not which schools to send our children to, but how to model the kind of lives we wish our children to lead.

If we want our plantings to be just like us, if we want to convey our Jewishness to future generations, we cannot just teach it. We must also live it.

Shulem Deen’s column appears monthly. He is the author of “All Who Go Do Not Return.”