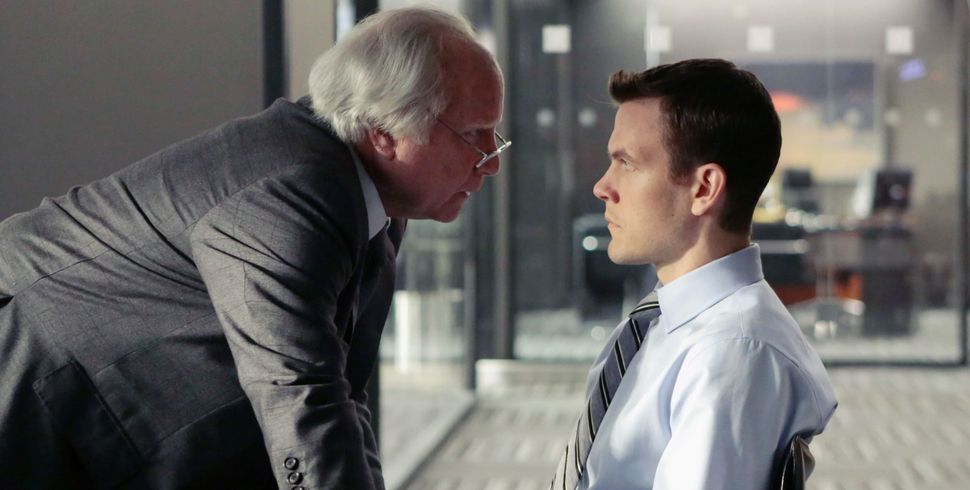 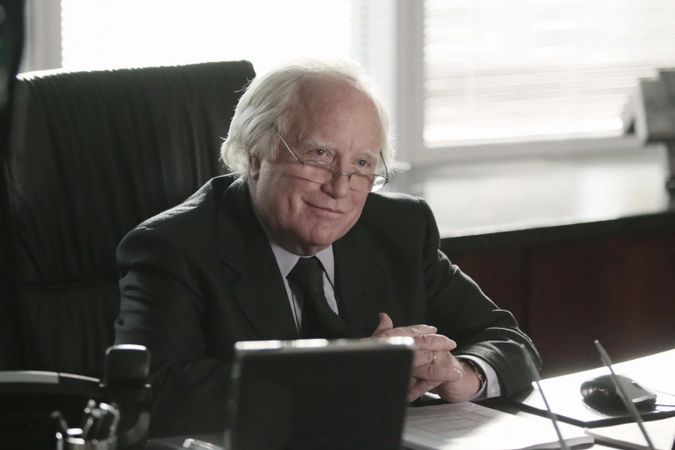 When a middle-aged sexpot with a Long Island accent introduces herself to Bernie Madoff outside the bathroom at Elie Wiesel’s house, one hour into ABC’s four-hour based-on-a-true-story miniseries, it marks first time in the history of network television that the phrase “CFO of Hadassah” has been employed as a pickup line.

In a country full of people who didn’t much enjoy last night’s broadcast of ABC’s “Madoff,” it’s fair to presume that the politburo of Hadassah, the historic Zionist group, enjoyed it the least. By the end of hour two, Sheryl Weinstein, who served as the Hadassah’s chief financial officer for over a decade, had seduced the Ponzi schemer, here played by a grumbly Richard Dreyfuss; and the couple has shared two fleshy hotel room scenes.

In real life, Hadassah wound up paying $45 million to settle claims that it inadvertently profited from the Madoff fraud. One can picture the crowds at Hadassah HQ this morning, lamenting that their ex-CFO’s network TV portrayal as a femme fatale has undone whatever work that blood money did to cleanse the group’s name of the Madoff stink.

For those of us who don’t work for Hadassah, the biggest sin of ABC’s “Madoff” is not the post-coital scenes with the CFO, but that the first two flabby hours have rendered the most interesting scam of the last few decades kind of dull. It’s reduced Madoff, a complex villain trapped inside his own scam, into a straight-up sociopath, a rotten dad, and a bad husband. (The most enjoyable bit of the broadcast, besides the Sheryl Weinstein shoulder shake, was a verité Samsung Pay advertisement that aired during a break featuring “that Jew lawyer” from The Wire as a counterman at Katz’s Deli.)

Bernard Madoff’s fraud is perhaps the perfect late 20th century American Jewish tragedy. Madoff built his business on the backs of Jewish investors, was defended from scrutiny by Jewish networks of trust, and drew billions into his fund through feeder funds run by gold-plated Jewish communal leaders like J. Ezra Merkin, Jeffry Picower and Carl Shapiro. Some of that turns up in ABC’s rendition. There’s a scene with Shapiro in Palm Beach, where he tells Madoff that “millions is for shleppers.” (While Merkin never shows, there is a brief cameo by Lewis Black portraying an investor named “Gregory Perkins,” who doesn’t seem to have been a real person, but which sounds a bit like “Ezra Merkin.”) And while Madoff’s fleecing of Yeshiva University seems to be elided here, the fleecing of walking Holocaust memorial Elie Wiesel is played for full effect.

The show is cheesy, in the style of network made-for-TV dramas, with an overblown voiceover and less subtlety than Sheryl Weinstein’s come-on. The title of the second hour aired Monday was “Catch Me If You Cancer,” which should be embarrassing. Madoff’s lieutenant in the Ponzi scheme side of the business, Frank DiPascali, is portrayed as a leather-jacket-wearing goombah with a movie gangster accent, by a guy who played a mob boss on “The Sopranos.”

The biggest flaw with the first two hours, though, is in the flattening of Madoff’s villainy. Moments before he’s picked up outside the toilet by the Hadassah CFO, Madoff is scamming Elie Wiesel. (David Margulies, the actor who plays Wiesel looks nothing like him, but some of the casting is spot-on: Blythe Danner, who plays Ruth Madoff, looks eerily like the real-life brittle blonde, and Dreyfuss has Madoff’s wide-faced jowliness down.) Wiesel delivers an address in an ambiguously Eastern European accent to a fancy living room, then sits down with Bernie and his wife. Over the tete-a-tete, there’s an ominous Madoff voiceover: “Elie Wiesel, virtuous humanitarian. Didn’t stop me for a second from taking his money.” Bernie Madoff was doubtlessly a bad guy. But this miniseries assumes that he’s the most dull sort of bad guy, a cackling, palm-rubbing Boris Badenov, Ponzi scheming his way to a Montauk beachfront mansion.

And yet Madoff, in real life, was trapped by his Ponzi scheme. He must have known from early on that it would only end with his death or his ruin. That’s the nature of the Ponzi scheme: Once it’s churning, there’s no healthy way out. It’s hard to imagine that Madoff felt glee. He was running for his life.

“I wish they caught me six years ago, eight years ago,” Madoff told the SEC’s inspector general in interviews released in 2009. “That was the nightmare I lived with.” He must have known that he was ruining Wiesel and his charity when he took Wiesel’s money. But he also knew that he was stuck, and that without new capital he would drown. It’s that complexity that makes Madoff interesting, and it’s that complexity that’s missing here.

The feeder fund managers, meanwhile, are portrayed as Madoff’s pawns, not as the men who made the most money out of the scheme while risking far less than Madoff himself. As for how he got away with it, the miniseries’ theory seems to be that Securities and Exchange Commission agents are a bunch of numbnuts. One spends a good three seconds pushing a glass door the wrong way; another is bribed with donuts.

What efforts at complexity exist in the ABC series are focused on Madoff’s efforts to shield his sons from the fraud, and the tensions those efforts cause.

The cliffhanger at the end of the second hour leaves Madoff certain that an SEC agent is about to arrest him at his niece’s wedding. Since we all know that the SEC never caught Madoff, it’s an odd choice for a cliffhanger. Needless to say, my plans for this evening don’t include finding out what happens next.