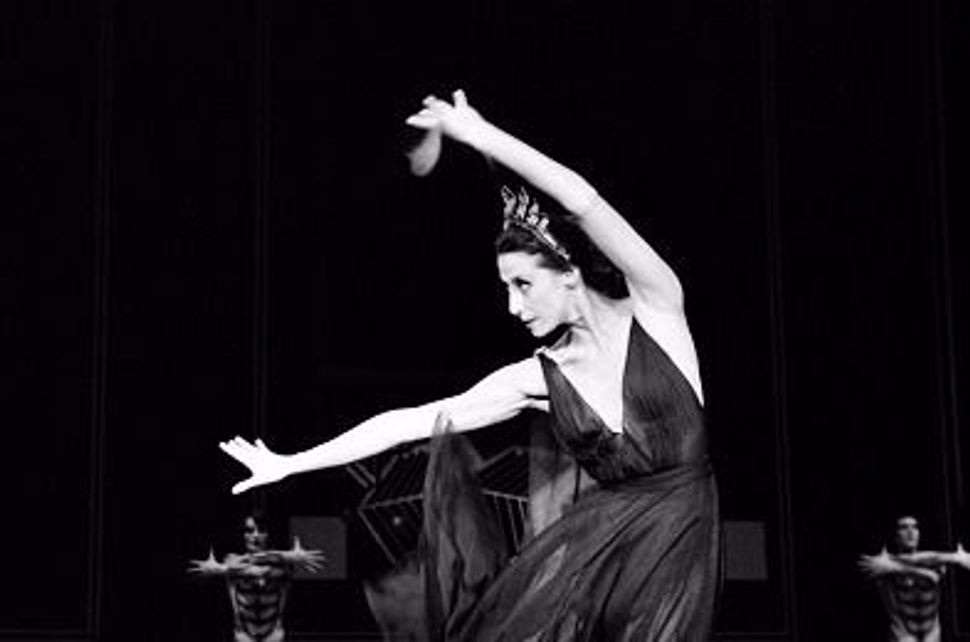 As Russia’s Mariinsky Ballet prepared for the first performance of its brief residency at the Brooklyn Academy of Music, a gale-battered audience made its way to the doors. Speaking a mix of Russian and English and clad in an inordinate amount of fur, they came to pay homage to one of Russia’s premier ballet companies, which was paying a tribute of its own, to Maya Plisetskaya.

The persistent wind was an apt meteorological introduction to Plisetskaya, who passed away in 2015 at the age of 89. One of the greatest Russian ballerinas of the 20th century, she spent most of her career — which continued well into her 60s — finding ways to push back against the inflexible Soviet aesthetic that governed all artistic production, including dance. During her decades with Moscow’s Bolshoi Ballet, Plisetskaya reinvigorated tired, traditional ballets, most notably “Swan Lake,” in which she danced the lead 800 times over 30 years. She also capitalized on rare opportunities to escape the standard repertoire, creating, commissioning and championing new choreography.

Plisetskaya was born into a Jewish family of accomplished actors, artists and dancers. Pursuing her career in a virulently anti-Semitic political and cultural climate, she was considered a powerful enough artistic force that authorities sometimes viewed her mere presence on a stage as a threat.

Born in 1925 to Rakhil Messerer, a silent film actress, and Mikhail Plisetsky, a Soviet mining official, Plisetskaya’s upbringing was cut through with political conflict turned personal. Her father’s socialist politics grew increasingly incompatible with Stalinism, and he was executed as part of the dictator’s purges in 1938. (Plisetskaya did not learn the date of his death until 1989.) Shortly after, her mother was arrested and sent first to a labor camp, then to Kazakhstan. Plisetskaya continued to live in Moscow with her aunt, a soloist at the Bolshoi, and train at the ballet company’s school.

Plisetskaya entered the Bolshoi company as a soloist in 1943 and rose quickly, first dancing “Swan Lake” in 1945. Yet as she gained prominence in the company, she attracted unwelcome government attention. KGB agents began to trail her, and although she was one of the Bolshoi’s greatest stars, she was not allowed to accompany it on international tours. She often danced for domestic and foreign dignitaries, and because she was a Jew whose parents had been victims of the purges, it was feared she would defect. Famously, when the Bolshoi made its first visit to London in 1956 and Plisetskaya was compelled to stay behind, she danced “Swan Lake” at home. The Minister of Culture and the KGB stationed security officers around the theater to remove spectators deemed too enthusiastic, causing mayhem remembered, almost affectionately, as “The Battle of the Boxes.”

Eventually granted the ability to tour, Plisetskaya danced, directed and choreographed around the world until almost the end of her life. She brought some new ballets to Russia, most notably the “Carmen Suite” created for her by Cuban choreographer Alberto Alonso. (Even that ballet, permitted due to the choreographer’s Soviet connections through Fidel Castro, barely survived; when Plisetskaya premiered it, wearing a scandalously short costume and posing erotically, the Ministry of Culture responded with a fit.)

At the Brooklyn Academy of Music, the Mariinsky chose a curious way to honor Plisetskaya. Although the opening night was dedicated to her legacy, beginning with the “Carmen Suite” followed by the Dying Swan, one of Plisetskaya’s most famous solos from “Swan Lake,” the following three nights emphasized her legacy to a much less substantial degree. They focused instead on displaying the talents of two of the Mariinsky’s star dancers, Uliana Lopatkina and Diana Vishneva, putting them forward as Plisetskaya’s natural successors.

Lopatkina and Vishneva dance beautifully, but the choice to highlight their talents to the same extent as Plisetskaya’s had a mixed effect. It could reasonably be seen as a power grab by the Mariinsky, consistently in competition with the Bolshoi. By laying claim to the legacy of one of the latter’s most famous representatives, the former might be attempting to position itself as the preeminent Russian ballet. While honoring Plisetskaya, the Mariinsky could also be perceived as trying to push her into the past more quickly.

Judging from the audience’s rapt reaction to the last piece of the opening evening’s programming, it doesn’t seem as though Plisetskaya is likely to be seen as a relic any time soon. The night closed with a video of Plisetskaya, nearly 50 but looking 30, dancing Maurice Béjart’s choreography to Ravel’s “Bolero” played live by the Mariinsky’s orchestra.

In the video, Plisetskaya dances barefoot on a raised platform. She is dressed simply in a light leotard and black pants. Her hair is tied back loosely. As the music begins, the steady drill of a drum accompanied by a light, reedy melody, she stands half in shadow, her face obscured. She raises her right arm, hand angled downwards, draws it above her head, then guides it back down along her body. The same action, again, this time with the left arm. Then, fully in the light, face stoic, both arms at once. It is a movement a child might come up with in play, yet it transfixes.

As “Bolero” continues, Plisetskaya rocks rhythmically from foot to foot, contorting her upper body. She slinks around the platform, luxuriating in each movement. A cast of 40 male dancers seated on the stage below comes to life to dance exultantly around her. Her expression transforms from stoic to ecstatic.

While the dance bears clear similarities to classical ballet, it still seems profoundly new, unbounded in a unique way. It’s clear that this is where Plisetskaya found her artistic home, in the uncharted land on the outskirts of ballet. She was a ballerina for the modern era who spent most of her career straining for the freedom to pursue a new kind of dance she loved.

It was difficult, and toward the end of her life, she acknowledged just how difficult it had been to continue that pursuit, and how much further she might have taken it under different circumstances.

“I danced all of classical ballet and dreamed of something new,” she said to reporters during her 80th birthday celebration, noted The New York Times in its 2015 obituary. “In my time, it was impossible.”

Yet even as the Mariinsky repurposes her work, she continues to conquer.

In the last moments of “Bolero,” Plisetskaya kneels on the stage, smile wild, drawing her arms back and forth, beckoning the audience to her. She is magnetic and she knows it, there in the spotlight, defying the dictums of the ballet that trained her, the impositions of the state that tried to tame her, the staid cultural mindset that declares a woman of 50 too old to dance, too old to command, too old to entice. The audience at BAM emerged from the hall as if under a spell. It seemed that each one of them, in his or her own way, could imagine that thrill.