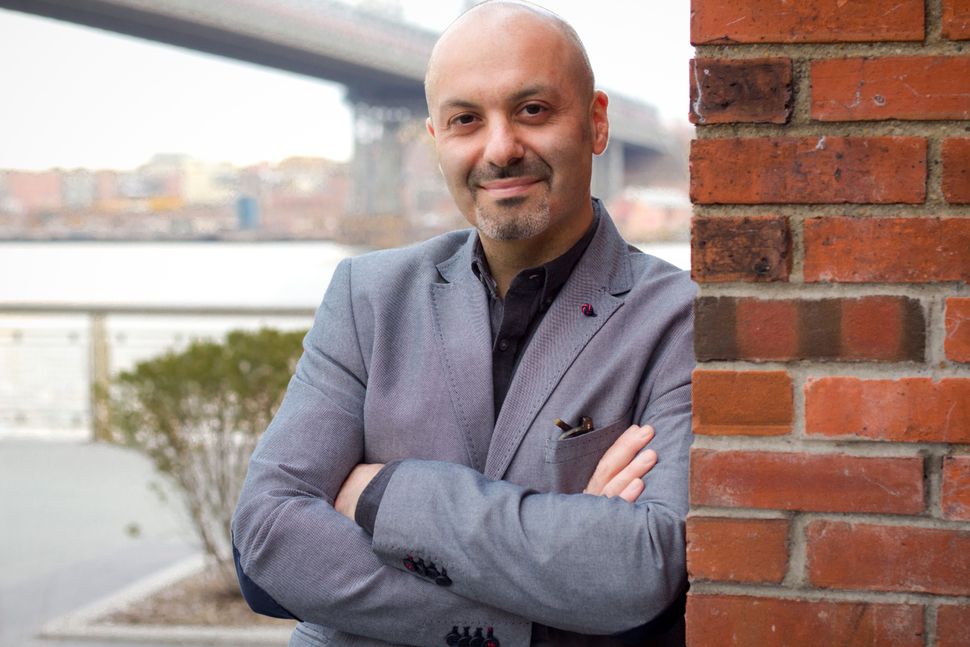 I read most of Boris Fishman’s “Don’t Let My Baby Do Rodeo” on a bus that was bringing me back to New York City after a weekend spent upstate. The wintry landscape flashing by was beautiful in a bleak way: leafless forests, gentle hills.

That afternoon, as I worked my way through the second part of “Don’t Let My Baby Do Rodeo” — titled, simply, “West” — those hills and forests faced a disadvantage. The author’s evocations of South Dakota and Montana, seen by Fishman’s protagonist, Maya, for the first time, transformed the vista outside my window into a subject of disappointment; eastern New Jersey contained neither stone-faced mountains nor luminous mists rising from dry plains.

Even when its setting is bland — a suburban backyard, for instance — Fishman’s second novel is a story of the land. The story of several months in the lives of Maya, her husband, Alex, and their adopted son, Max — as well as, in flashbacks, the story of how that that trio came to be a family — starts at their home in New Jersey, where Max has developed a penchant for sleeping on the ground in the aforementioned backyard and for eating grass.

Max is a blond-haired, Christian-born American; his parents and grandparents, all first-generation immigrants from Eastern Europe, have not shaken the habit of viewing him as somehow foreign, a perception reinforced by his unusual attachment to the land. As that attachment dangerously escalates, his parents begin to search, frantically, for a way to rid him of it. Their quest, unsuccessful in New Jersey, eventually leads them in search of Max’s birth parents in Montana.

Entering South Dakota and then Montana, Maya, who has never before set foot on American soil west of New Jersey, experiences at first a raw amazement, and then an awakening both profound and profoundly disturbing to the family. In a neat turn, the novel moves beyond the tale of a troubled child. Suddenly Maya, not Max, is the character whose attachment to the land becomes a threat.

While the novel’s New Jersey-bound first part, “East,” interests, it is “West” that soars.

“It calls forth,” Fishman told me, speaking of the American West. “It’s so incredibly beautiful that it kind of makes you want to be a better version of yourself.”

Fishman immigrated to the United States from Belarus when he was 9, since then living in New Jersey and New York. He’s written for a wide variety of outlets, from The New Yorker to the Forward, and received a Master of Fine Arts in fiction from New York University. His first novel, “A Replacement Life,” was published two years ago and landed, among other accolades, a spot on The New York Times’ list of 100 Notable Books of 2014.

When we met on a Monday evening at a bar on Manhattan’s Lower East Side, my first thought was that Fishman, who abstained from alcohol — alas for his companion, who desired whiskey but felt it proper to follow suit — seemed to be a very deliberate man. (I might have been partially persuaded by “Don’t Let My Baby Do Rodeo,” the prose of which, even when dreamlike or violent, gives the impression of having been assembled with tweezers.) He sports a shaven head and a well-tended goatee, and is powerfully built but gently, carefully dressed; that evening he wore a dark sweater layered over a trim button-down shirt, well-matched to the bar’s dim atmosphere.

Fishman speaks with the confidence and clarity of someone aware that his voice is powerful off the page as well as on. He is wary, however, of the risks that accompany being classified, one-dimensionally, as an intellectual. He spends as much of his free time as possible volunteering at local farms — the day before we met, he’d been cleaning out horse stalls in the Hudson Valley — and feels it is difficult in New York to find others who understand, let alone share, his passion for earthly labor.

At one point in our conversation, Fishman put forth the idea that the city is one of “overeducated and under-bodied people.”

His love for Montana, which he visits each summer — and where, this summer, he will live and work on a farm — provides a sharp contrast to his increasing weariness of New York.

“You come into this environment that I think many people are programmed to think of as threatening,” he said, “and it is very elemental. When I was there, instead of feeling threatened I felt safe, enclosed, protected, looked after, and ultimately I felt swept clean.”

Fishman’s fascination with Montana dates back to long before he first saw it in person; it began with a frantic teenage preoccupation with the Montana-set movie “Legends of the Fall.”

“I had never seen Montana in my life,” he said. “It was just primally, stunningly beautiful.”

Fishman’s reaction to that landscape was, meaningfully, tied to his first spark of interest in becoming a writer. When he learned that “Legends of the Fall” was based on a novella of the same title by Jim Harrison, he bought the book — “literally the first book my family paid for in America” — read it and quickly became sure of two things: “I want to live in that place, and I want to write like that man.”

Those goals were severely out of line with the expectations Fishman felt as an immigrant, specifically that “one has to be in the best place, and one has to be the best in it.”

In questioning the limitations imposed by those kinds of expectations, “Don’t Let My Baby Do Rodeo” reads, in some ways, as Fishman’s renunciation of them. First tiptoeing, then raging, the book also serves as a firm rejection of the idea that there is only one right way to be an immigrant, a mother, a Jew. Yet it is, at its end, almost hopeful; on an individual level, the book’s story — and especially Maya’s story — stands, tentatively, in support of the idea that humans may be exposed, battered, frightened, and yet still manage to feel and thrive.

As “West” communicates the most affecting personal ideas in “Don’t Let My Baby Do Rodeo,” it also contains the novel’s most interesting contributions about Jewishness. I realized, reading this section, that I had never before read a book about Jews in which the search for a homeland —and the discovery of one — was not focused on either Israel or Eastern Europe.

The fact that that homeland is doubly transgressive by virtue of being doubly west — west across oceans from Israel and Eastern Europe, and west to a part of America frequently seen as unpopulated by Jews — also makes it somewhat terrifying. To Maya, Montana represents the possibility of a fuller, richer life. To Alex and his parents, more wed to tradition, it a step too far; having already left their ancestral home, the prospect of entering a place so much further culturally removed is almost too threatening to bear.

In this way, “Don’t Let My Baby Do Rodeo” manages to tap into a prevailing cultural fear: What happens to a people who have permanently left the place that is supposed to be their homeland? Can another such place be found? For Jews in the Diaspora, those are questions that can strike with particular keenness.

For Fishman, these questioons remain unanswered. He’ll be in Montana this summer, and then if all goes well, on farms in the Hudson Valley and New Zealand through next spring. (His interest in farms is relatively newly developed, and springs out, briefly and lyrically, in “Don’t Let My Baby Do Rodeo.”) He’s thinking of leaving New York completely, and facing down something of a demon in doing so.

“There’s a real existential question that’s going to be answered very soon for me,” he said. “Is there genuinely a better sense of home geographically and personally for me elsewhere? Or is it me?”

It’s a question familiar to the characters in his new novel. It’s also one with which the novel’s audiences, however reluctantly, might experience a painful, prodding resonance.