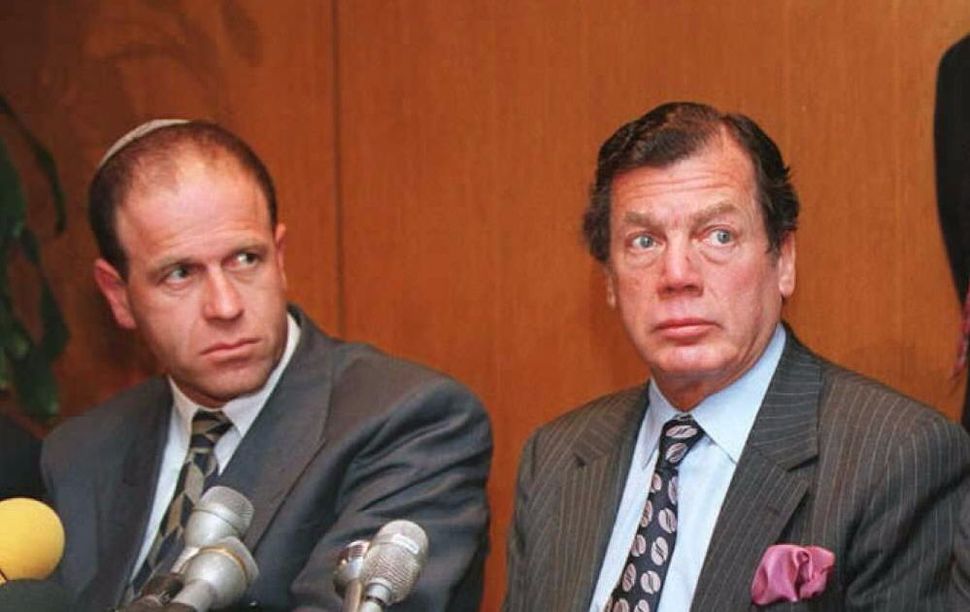 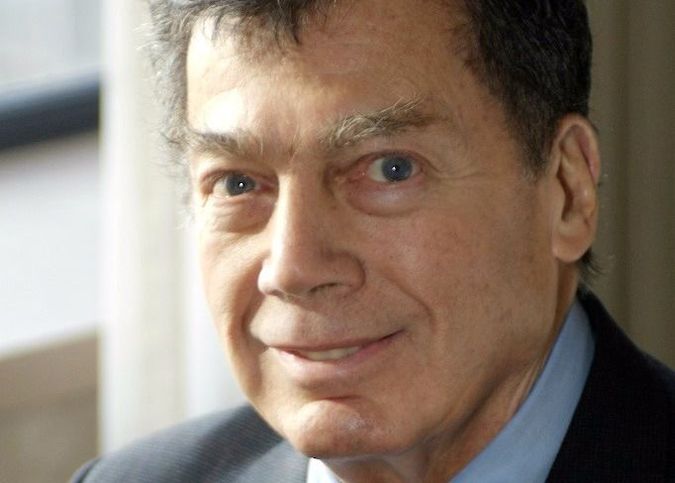 Image by Courtesy of Twelve Books

Edgar M. Bronfman found his Judaism late in his life, and embraced it as if he were making up for lost time. As he aged, he learned more and did more, developing a personal rationale for his beliefs and behaviors, and seeding the next generation of Jewish leaders through his prodigious and creative philanthropy.

In what became the closing days of his life, the longtime CEO of the Seagram Company Ltd. and founder of his family’s Samuel Bronfman Foundation, completed “Why Be Jewish?” in which he sought to answer the title’s question by examining his own rather secular faith and the holidays and rituals that sustain it. It’s a slim volume, easy to hold and read, sweet, earnest and chatty. The subtitle is “A Testament,” and the book reads that way, dispensing the wisdom Bronfman accumulated over the years with the obvious aim of inspiring younger Jews to listen to his advice and follow his path.

It is also quietly subversive.

I don’t know if being subversive was Bronfman’s intention — he died at age 84, just weeks after the book was finished, in December 2013, and so I obviously cannot ask him directly. But I was struck by the fact that Bronfman discussed his own theology (or the lack thereof), his study of Torah and Talmud, his love of the Sabbath and Passover and many other Jewish subjects, yet he did not mention Israel in any substantive way until page 158 of a 256-page book. And only then, at the end of a string of holidays, in the context of celebrating Yom Ha’atzmaut, Israel Independence Day.

Now Bronfman was a savvy guy when it came to the modern Jewish condition, and he surely knew how Israel has become an essential part of Jewish identity, how large a proportion of our communal dollars goes there. He is listed as one of only three directors emeriti of Birthright Israel, the program offering free trips to Israel for young adults that the established Jewish community kvells about constantly. His much admired Bronfman Youth Fellowships in Israel connect high school juniors in the United States with their counterparts in Israel. His philanthropic ties to Israel were strong.

Which is why I found it curious that in Bronfman’s own reading of Jewish identity, Israel is basically a footnote. Curious and also welcome, because, in so many ways, Bronfman has it right. His focus on a lived and learned Judaism is all too rare among non-Orthodox Jews in America today, and for that reason alone, this book is worth reading and sharing — because, as he writes, “while initiatives and programs are much needed, love of Judaism begins with family, at home.”

He admits his own failure to provide that love when his children were young — he has seven of them, with two of his wives. (There were four wives in all, but five weddings, since he married and divorced the same woman twice.) By the time he wrote this book, he had acquired a convert’s zeal for Jewish behavior, if not belief. To Bronfman, Judaism is rooted not in love for and obedience to God, but in a posture of constant questioning. He must have known this is not a traditional reading — again, I can’t ask him — but that doesn’t seem to deter him.

“Judaism does not demand belief,” he argues early on. “Instead, it asks us to practice intense behaviors whose purpose is to perfect ourselves and the world. Just as Moses brought down the tablets of the law from the mountaintop, Judaism, through its emphasis on ethics, morality, and human relationships, brings the divine to earth. That is the heart of Jewish spirituality. And it beautifully complements the view of those who, like me, don’t believe in traditional notions of God.”

Bronfman finds plenty of textual support for his assertion, even if those texts are read with a very modern sensibility that at times privileges individual perspectives over communal obligations. His justification for the dietary laws of kashrut, for instance, mentions mindfulness about what we eat and concern for the suffering of animals, and nothing about the way those laws simply oblige Jews to eat a certain way and therefore connect them with other Jews in the past and present.

Similarly, when he does mention Israel, it’s in the context of what he suggests is the best way to celebrate Israel’s achievements on its independence day, which is “to explore the many views surrounding this seemingly intractable conflict, particularly in light of our relationships with the Palestinians, for it is here that the rubber of Jewish ethics meets the moral road.”

It doesn’t take much to imagine how another writer might answer the question “Why be Jewish?” with regard to Israel, an answer more triumphantly Zionistic, suggesting that the bond between American Jews and a thriving Israel is both a privilege and an obligation, an unmistakable part of modern Jewish identity. But Bronfman doesn’t go there, writing instead, “I can see no better way of celebrating the miracle of Israel than in the time-honored Jewish value of questioning.”

Bronfman was, to many, a visionary; even his critics would say he was an active, generous, vocal leader of establishment Jewry. So I read his words, in this book, as a challenge to what has become common orthodoxy in some circles, where Jewish identity is based not on living and learning Judaism but simply on demonstrating allegiance (or opposition) to Israel, usually in a very particular, political way.

Whether this quietly subversive approach to defining Jewish identity will find resonance beyond Bronfman’s considerable circle of devotees, I cannot say. Even as I finished the book, I wasn’t sure who it was written for and why the publisher — Twelve, a respected house — would expect it to garner broad attention. But perhaps there is an audience out there for an affirmative guide to being a modern Jew, based not on the Holocaust, not solely on Israel, but on the human drive for meaning found in ancient wisdom flexible enough for a modern mind like Edgar Bronfman’s.