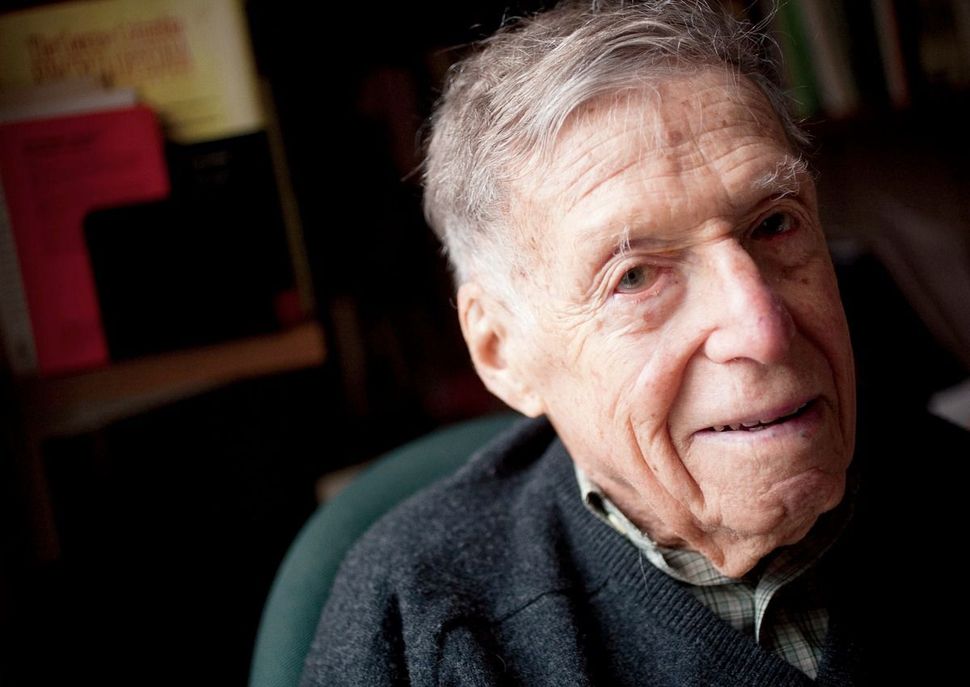 The Chicago-born American Jewish literary historian Daniel Aaron, who died on April 30 at the age of 103, combined stamina and longevity with an implicit belief in humanity’s moral evolution. Aaron’s “Writers on the Left: Episodes in American Literary Communism,” published by Columbia University Press (1961), discussed such notables as Mike Gold (born Itzok Isaac Granich (1894 –1967), author of the novel “Jews Without Money” and Joe Freeman (1897 – 1965), a founding editor of the “Partisan Review.” Aaron asked why so many “well-intentioned, sensitive and gifted men and women turn[ed] to Communism” in response to “what they felt to be the stupidity and cruelty of the standing order?” Looking to the idealistic hope that if “made economically secure and comfortable, life will automatically grow blessed,” Aaron, as the critic Irving Howe pointed out, rejected communism beliefs, but “never merely dismisses them, for he knows that often they were deeply concerned with human suffering.”

The general public knows Aaron best as a founder of the Library of America series and longtime emeritus professor at Harvard, readers admire his devotion to the aspirations – and evolution – of a suffering humanity. Aaron’s “American Notes” published by Northeastern University Press (1994), terms the humor of the American Jewish novelist Nathanael West (born Nathan Weinstein (1903 –1940) “savage and sad, in contrast to [his brother-in-law S. J.] Perelman’s brash spoofing, and it springs, I think, from his tragicomic view of the world, from his wry awareness of the disparity between secular facts and his suppressed religious ideals.” Aaron extended this percipient sensitivity to describing his own life in his 2007 memoir “The Americanist”, (University of Michigan Press), praised by Harold Bloom as a “vision of otherness: [Aaron’s] self-portrait is marked by personal tact and admirable restraint: he is and is not its subject.” “The Americanist” contains vignettes of teaching at Harvard a young Norman Mailer (an “intense hungry-looking fellow”) and grading the exams of another student, John F. Kennedy’s only “so-so.” It is less focused on such anecdotes than intellectual history via contacts with such protagonists as Lillian Hellman, Richard Hofstadter, and Leonard Woolf.

Nowhere did Aaron’s ironclad optimism display itself more than in his monumental edition of the posthumously published diary of the pathological American poetaster Arthur Crew Inman (1895–1963), who scribbled around 17 million words from 1919 to 1963. Aaron’s abridgment from Harvard University Press, 1661 pages in two volumes, might be subtitled the Education of an Anti-Semite, since Inman, a privileged Bostonian, commented in the 1930s: “It is strange how Jews do love to swim. Perhaps it is cheaper than taking a bath at home…Hitler is certainly a sensible bird to drive the German Jews out of Germany, provided he is clever enough to do it without wrecking German business.” Yet by 1937, Inman wrote, referring to Jewish artists and writers whom he knew and admired: “You know, in all fairness, I feel bound to confess that my antipathy against Jews has arrived at the vanishing point. You can’t reasonably hate a race when some of the members have given so royally to your mind and imagination.”

In his books and teaching, Aaron himself has made a royal contribution to the minds and imaginations of readers in the magisterial “The Unwritten War: American Writers and the Civil War” (1973). In it, he commented that the journal of the 19th century American lawyer and diarist George Templeton Strong is the “best diary—in both historic and literary terms—ever written by an American.” As with Inman, Strong’s musings record a moral evolution. Undoubtedly anti-Semitic, Strong was happy that a requirement to know Latin kept the “little scrubs (German Jew boys mostly)” out of Columbia Law School. Strong also described “hook-nosed and black-whiskered” Jews praying in a synagogue where they “took a hearty and zealous part in the services and roared out their unintelligible responses with good will and strength of lungs. I like that. In our church it looks too much like going to heaven by proxy.” Yet the bigot Strong evolved into a fierce anti-slavery advocate, as Aaron put it: “Gradually, however, the humanitarian superseded the lawyer.”

In Aaron’s life and work, too, the humanitarian may have superseded the literary scholar, despite the latter’s deservedly praised achievements. 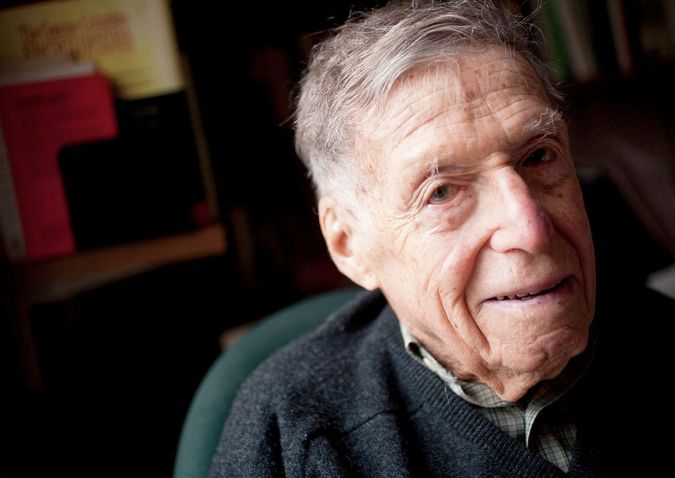