They Hunted Nazis to the Ends of the Earth 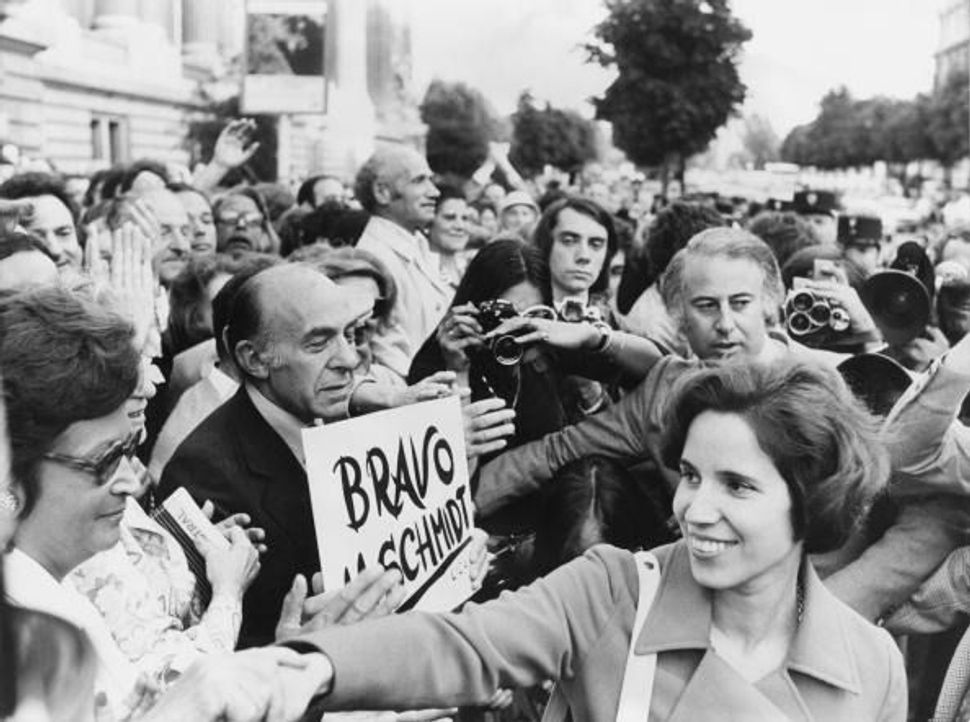 There is a Zelig-like quality to Andrew Nagorski’s “The Nazi Hunters.” More often than not, in a saga spanning decades and continents, Nagorski has been there, interviewing the men and women pursuing the worst villains of the Holocaust.

Many of the stories he recounts, from the long-delayed capture and trial of Adolf Eichmann to the legal odyssey of concentration camp guard John Demjanjuk, are familiar. But Nagorski summarizes them smartly, adds new details, and weaves the diverse cases and players into an admirably accessible and intimate narrative.

Along with such celebrity avengers as the late Simon Wiesenthal or Beate and Serge Klarsfeld, he highlights lesser-known figures, including Poland’s Jan Sehn and Germany’s Fritz Bauer. And he reveals the differences in tactics, politics and personalities that have led to feuds among the Nazi hunters themselves.

That internecine wrangling has at times been embarrassing. But the battle for justice, Nagorski makes clear, has faced more serious impediments: shifting alliances, historical apathy, national guilt and time itself.

“These pursuers demonstrated tremendous determination and courage as they kept up their fight even when the governments representing the victors and the rest of the world grew increasingly indifferent to the fate of Nazi war criminals,” Nagorski writes. “In the process, they also explored the nature of evil and raised profoundly troubling questions about the nature of human behavior.”

Nagorski’s access and deep knowledge of the subject owe much to his tenure as Newsweek’s bureau chief in a succession of European capitals, including Bonn, Berlin, Warsaw and Moscow. He also has written several books, including “Hitlerland: American Eyewitnesses to the Nazi Rise to Power” (Simon & Schuster, 2012).

Over the years, Nagorski has interviewed Wiesenthal and his sometime rival, Tuvia Friedman; the Klarsfelds, and Eli Rosenbaum, the Harvard-trained lawyer long in charge of the U.S. Justice Department’s Nazi-hunting efforts. In 1986 he spoke to a testy Kurt Waldheim, the former United Nations secretary-general and a candidate for the Austrian presidency, about accusations of complicity in Nazi war crimes.

For this book, Nagorski has gone even deeper. He tracked down Gabriel Bach, deputy prosecutor at the Eichmann trial, as well as two Israeli Mossad agents involved in Eichmann’s Argentine capture, Rafi Eitan and Avraham Shalom.

“In a way she was right,” Eitan said of Hannah Arendt’s now-iconic argument that Eichmann represented “the banality of evil.” Though Eichmann supervised the deportation of millions of Holocaust victims, Eitan said: “He himself never hated Jews — that was my feeling…. Tomorrow tell him to kill French people, and he would do the same.”

In 2013, Nagorski interviewed Benjamin Ferencz, then 93, about his 1947–48 prosecution of 22 SS leaders of Einsatzgruppen who murdered Jews, Gypsies and other civilians on the Eastern Front. Whatever justice was meted out “was only symbolic… only a beginning,” Ferencz said, while also dismissing recent attempts to prosecute Nazi “small fish” such as concentration camp guards.

Among the Nazi hunters, Wiesenthal, who died in 2005, was both mythic and singularly divisive. A survivor of the Mauthausen concentration camp in Austria, and the fictionalized subject of the film “The Boys From Brazil,” he had, Nagorski writes, “an uncanny knack for self-promotion.”

Isser Harel, chief of the Mossad, faulted him for taking too much credit for his role in the Eichmann capture — “a clash of two forceful personalities,” in Nagorski’s temperate view. Rosenbaum regarded Wiesenthal as an apologist for Waldheim, and never forgave him for it.

Serge and Beate Klarsfeld — the French Jew whose father died at Auschwitz and his wife, a German national deeply ashamed of her country’s past — also clashed with Waldheim, who disliked their leftist politics.

Best known for tracking down Klaus Barbie, the so-called Butcher of Lyon, the Klarsfelds were criticized for their closeness to East Germany and their provocative style: At one point, Beate managed to slap a German chancellor, Kurt Georg Kiesinger, who had worked as a Nazi propagandist; at another, Serge Klarsfeld pointed an unloaded gun at Kurt Lischka, an SS officer who had helped oversee the deportation of French Jews.

Among the earlier figures Nagorski chronicles are Sehn, the Polish investigating judge in the trial of Auschwitz commandant Rudolf Höss and other Auschwitz personnel, and the West German prosecutor Bauer. Sehn died in 1965, but Nagorski interviewed his great-nephew, Arthur Sehn, the family historian.

Bauer is little known here, but he has received considerable attention recently in Germany. A secular Jew and a Social Democrat, Bauer spent the war years in exile in Denmark and Sweden. When he returned to Germany, he helped redeem the reputation of the July 1944 anti-Hitler plotters, secretly tipped the Mossad to Eichmann’s whereabouts, and, most famously, spearheaded the Frankfurt Auschwitz trials of 1963–65.

A 2015 German feature film, “The People vs. Fritz Bauer,” weds Bauer’s historical role in the hunt for Eichmann to a fanciful plot involving a gay lawyer on his staff. (In Denmark, the actual Bauer was harassed for allegedly hiring gay prostitutes, a charge he denied.)

Both Sehn and Bauer died in Frankfurt (Sehn in 1965; Bauer in 1968), in “circumstances that remain murky,” Nagorski writes, without quite embracing conspiracy theories.

In the United States, where Cold War priorities involved enlisting former Nazis in the space program and anti-Soviet espionage, the hunt for war criminals gathered momentum in the 1970s and ’80s. At its forefront has been Rosenbaum, whose own German Jewish parents fled Europe in the 1930s.

As Nagorski notes, the timing for “The Nazi Hunters” is just right: Most of the greatest Nazi criminals are gone, and the last Nazis are dying without ever having faced a judge or jury. Nevertheless, for all their rivalries and failings, the Nazi hunters are saluted by Nagorski for their accomplishments: not just in helping to prosecute the most egregious of the perpetrators, but also in etching the details of Nazi crimes — beyond doubt or dispute — in the historical record.

They Hunted Nazis to the Ends of the Earth