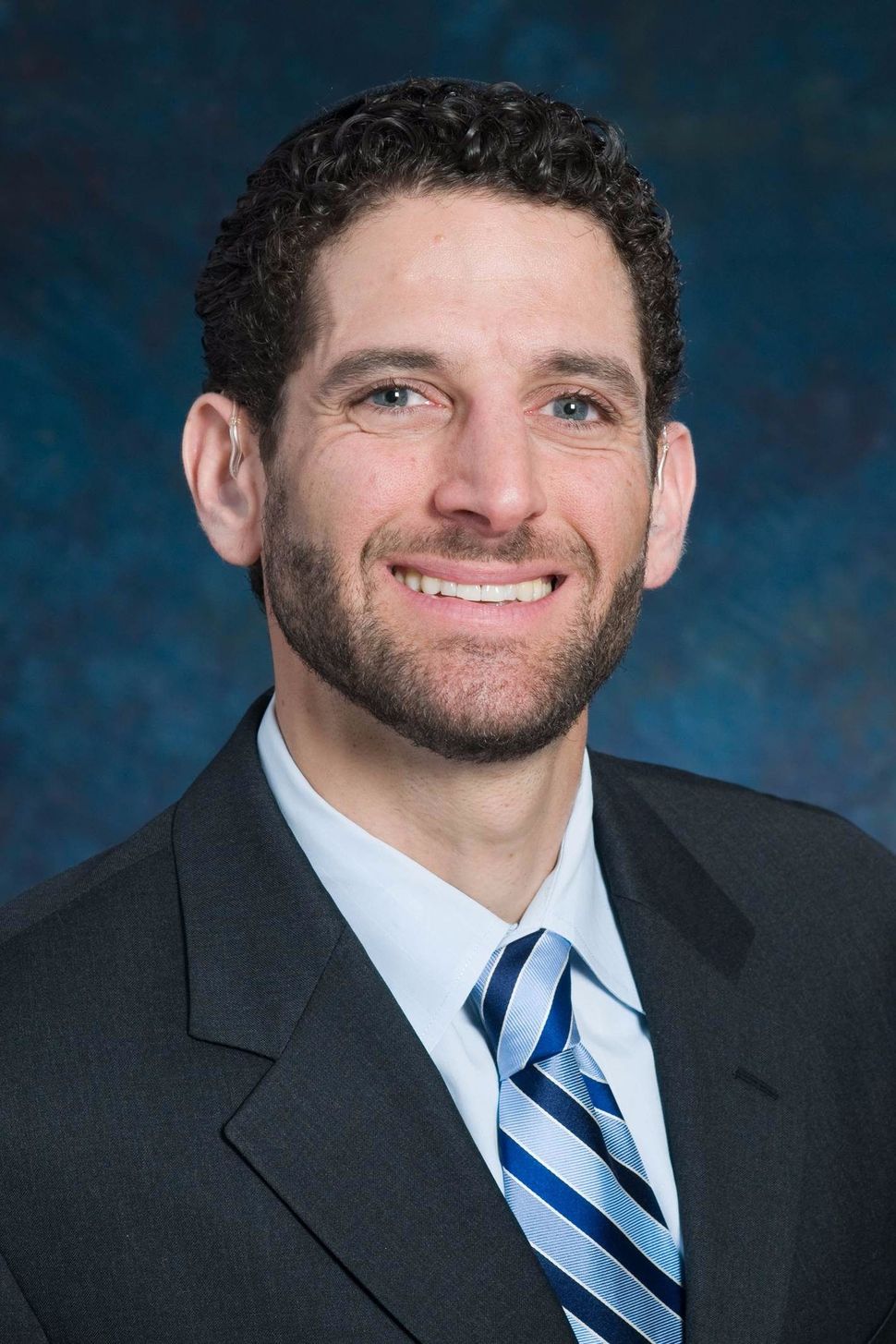 Rabbi Darby Leigh is one of this year’s “Inspiring Rabbis,” a group of 32 men and women who move us, and moved a congregant or colleague to nominate them for our annual roundup of spiritual leaders. Find the other 31 here.

When he was growing up on the Upper East Side of Manhattan in the late 1980s, Darby Jared Leigh was the only deaf kid at his synagogue.

He was also the only deaf kid at his high school, and just about everywhere else he spent time.

At home, deafness was the norm: Both of Leigh’s parents were deaf. But out in the world, being profoundly deaf set him apart.

“I very much grew up in a minority experience,” Leigh said.

Now a rabbi with a congregation near Boston, Leigh’s childhood experience has led him to a radically inclusive vision of Judaism that embraces those who have been left out.

“I always felt like a bit of an outsider,” he told the Forward. “It makes me a good fit for a community that is trying to [help] people who have often marginalized from the Jewish community to feel at home.”

Leigh’s congregation, Kerem Shalom, is a small, unaffiliated synagogue in Concord, Massachusetts. Kerem Shalom emphasizes its accessibility, and the diversity of the community it brings together.

One of only a handful of profoundly deaf non-Orthodox rabbis in the United States, Leigh became first deaf student ever to be ordained at the Reconstructionist Rabbinical College when he graduated in 2008.

This year, he is among a handful of U.S. rabbis to be included in the Forward’s annual list of Inspiring Rabbis. He was nominated by a congregant at Kerem Shalom, who wrote that Leigh “encourages us to find the joy in Jewish observance and worship and to make everything we do authentic.”

Leigh, 43, attended the University of Rochester and Gallaudet University, which serves deaf students, and received a master’s degree in comparative religion from Columbia University. He spent years working as an actor, and performed with the rock bands Jane’s Addiction and Twisted Sister as a sign language performance artist.

He entered rabbinical school after deciding that an academic career wasn’t fulfilling enough. “I wanted to do more,” he said. “I wanted to sing and dance and pray and work with real people and deal with real life issues within a community.”

Leigh believes he is only the second profoundly deaf non-Orthodox rabbi to receive ordination at a mainstream seminary. He said that the RRC faculty and staff looked to learn from him about what he needed to succeed there. At his ordination ceremony, the academic dean quoted and signed lyrics from a Twisted Sister song while blessing him.

In 2011, Leigh created a series of videos translating Hebrew prayers into American Sign Language. In a video featuring his translation of the “Shma,” Leigh explained that he didn’t want to translate the word sh’ma, or “hear,” into an ASL word associated with ears. Instead, he used a sign for “pay attention.”

Leigh joined Kerem Shalom in 2013. “I still feel so blessed and so lucky to have landed here,” he said.

Watch Darby Jared Leigh get ordained with the help of his dean and his favorite heavy metal band.