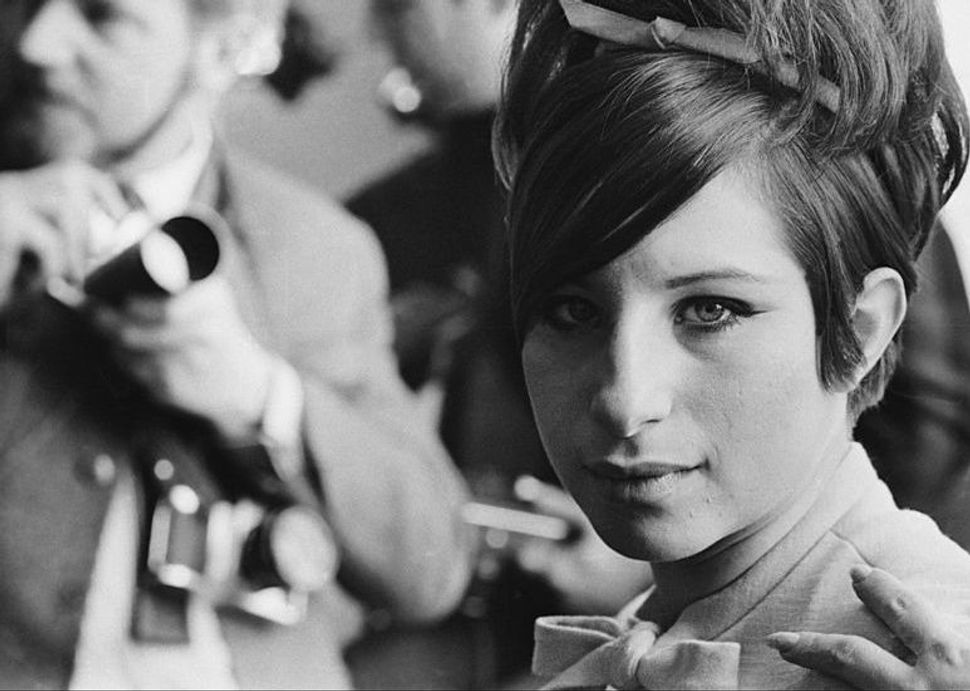 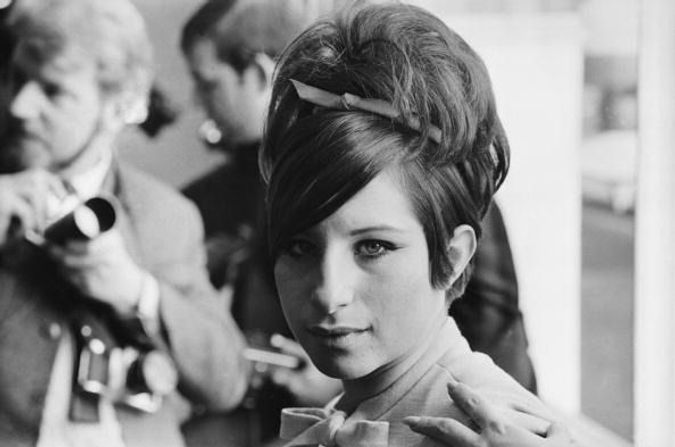 Just because Barbra can do something does not mean that Barbra should do it. The recent news that long-percolating plans for Streisand to star in a film of the Jule Styne musical “Gypsy” will occur has thrilled millions of fans. Not long ago, Barry Levinson shepherded the volcanic Al Pacino through two monstrous TV film roles, directing him as “Dr. Death” Jack Kevorkian and producing “Phil Spector,”. If anyone can handle Streisand’s adamant perfectionism, the director Levinson surely can.

Streisand’s talents and resolve are not in doubt. She is such a fine actress that she could even seem buoyantly carefree on Jimmy Fallon’s late night chat show in 2014. In an apparently debonair mood, the Streisandian need for control was still evident. Just a few short years ago, Streisand had insisted that Oprah Winfrey change her canonic sitting position onstage so that Streisand could be photographed from her preferred left side during an interview. Even in the informal frat house ambiance of Fallon’s show, with feigned spontaneity Streisand was offered Fallon’s seat behind a desk, again presenting that cherished left side to her adoring public, an offer she immediately accepted. The smoothness of her singing voice, carefully husbanded over the decades, can still recall the Barbra of old, which drew unlikely worshipers such as the eccentric Canadian pianist Glenn Gould, who kvelled over her “Classical Barbra” album. Everything in Streisand’s self-presentation has always been an idealization, a striving toward perfection.

Much about the character of Mama Rose, the vehement stage mother in “Gypsy,” is intentionally crass, brash, brassy, and ugly. The musical score is written for a voice like a trombone, not a delicate oboe. This is one reason why powerful stage actresses who are only secondarily singers, from Angela Lansbury to Imelda Staunton, have excelled in the role. They were not afraid of conveying the harsh, desperate need felt by talentless people, as seen on reality TV competitions today, to be worshiped by the masses. Barbra’s Peggy Lee-style bob coiffure, carefully sculpted to conceal angles of the face and head, will need to be changed for the film. Her face itself, based on recent TV appearances, requires contortions to convey expression around the skin tightened by aesthetic surgery. In the raucous screen comedies she has favoured of late, co-starring Dustin Hoffman and Seth Rogen, a jovial Streisand has been convincing. Yet would or could she wholeheartedly incarnate a strident harridan?

Part of Streisand’s achievement as an actress and singer was celebrating her Jewishness in “Funny Girl,” “Yentl,” and other hits. “Hello, Dolly!” was not as well-received, possibly in part because the title role of Dolly Levi, although a matchmaker, was not intended by its authors to be Jewish. Nor has Mama Rose in “Gypsy” any Yiddishkeit, as we learn from Carolyn Quinn’s “Mama Rose’s Turn” and Noralee Frankel’s “Stripping Gypsy: The Life of Gypsy Rose Lee,” two recent biographies. Rose Thompson Hovick, Gypsy Rose Lee’s mother, was of German stock, as was Ethel Merman, who originated the part. Although the creators of “Gypsy” included Jewish playwright Arthur Laurents and lyricist Stephen Sondheim, almost no Yiddishkeit is present in the show, apart from one stripper’s boast: “Once I was a schlepper,/ now I’m Miss Mazeppa.” Not even Bette Midler’s 1993 TV version of “Gypsy” could alter that fact.

“Gypsy,” with songs by Jule Styne (born Julius Stein of Ukranian Jewish origin) might seem to complement the start of Streisand’s superstardom in Styne’s “Funny Girl.” There may also be an element of psychic necessity in Streisand’s choosing this role now. As the biographer William Mann has detailed, Streisand has frequently aired her mother issues. Diana Kind (born Ida Rosen, 1908-2002), the daughter of a part-time cantor who had her own singing ambitions, did not support her daughter’s performing ambitions. Streisand has told interviewers that her mother assured her she would never be a success: “My mother never told me she loved me… My mother told me I should be a secretary.” By playing the role of a vehement stage mother who would kill to achieve success for her offspring, Streisand may finally exorcise ghosts of parental absences from a lifetime ago. While such psychological speculations are doubtless facile and superficial, some Streisand screen roles have likewise delved into pop Hollywood psychology and psychiatry, from Claudia Draper, a murderous prostitute exploring an insanity defense in “Nuts” (1987) to Dr. Susan Lowenstein, a seductive therapist in “The Prince of Tides.” (1991)

Beyond possibly working out family issues, by assuming the character of Mama Rose Streisand may also confront a still-looming monolith in the history of American musical theater. Ethel Merman died in 1984, but is still a granitic presence in the consciousness of fans. An historical bit of video bouncing around the internet shows a galvanic 1963 episode of the psychodrama in song, “The Judy Garland Show.” That appearance preceded Streisand’s “Funny Girl” breakthrough, and her giggly, reserved, plainly ill-at-ease manner has a charming candour absent from controlled later TV appearances. Speaking to and singing with the emotional wreck Garland – whose sufferings were recounted in Stevie Phillips’ recent memoir – Streisand is able to hold the stage. Then Merman intrudes on camera with her H-bomb radiant energy and vitality, totally clashing with Streisand’s fragile cool. The discomfort is palpable when Merman points out possessively that Streisand will be opening in a musical by Jule Styne, who wrote “Gypsy” for her. Constantly touching Streisand, who seems determined not to cringe, Merman even maneuvers the young singer so that Streisand’s disfavored right side becomes visible to the public, an old technique in upstaging. Alongside the dynamo Merman, Streisand is out of control, a most un-Streisandian situation. Merman bellows “There’s No Business Like Show Business” to close the routine on a high note, as Streisand surrenders entirely, barely singing along, as if realizing she would be drowned out by the sheer volume of sound. A half-century later, the prospect of finally outdoing this daunting predecessor may be another motivation for filming “Gypsy.”

Yet perhaps at the last moment, Streisand will bow out and let Imelda Staunton play the part. This would be an elegant recusal, insofar as Merman was elbowed out of the 1962 movie version in favour of Rosalind Russell. Staunton’s harrowingly magnetic performance was filmed onstage last year by BBC-TV, but surely deserves the full screen treatment. And whatever Streisand’s inner voices may tell her, faithful admirers will agree that her artistic legacy is assured and she has nothing more to prove.