In the Ghettos of Poland, Few Heroes and Many Witnesses 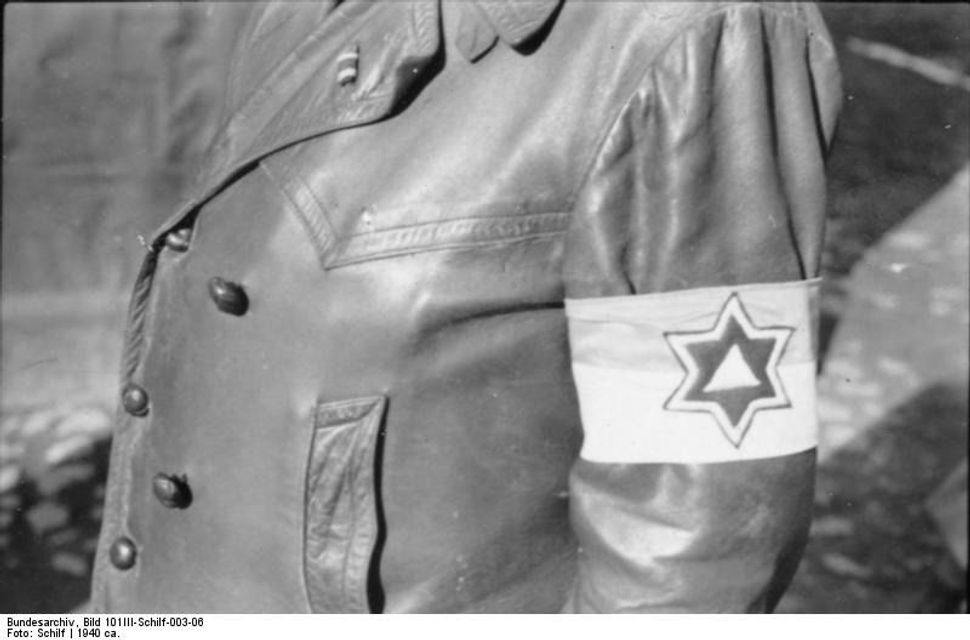 In Those Nightmarish Days: The Ghetto Reportage of Peretz Opoczynski and Josef Zelkowicz
Edited and with an introduction by Samuel D. Kassow; translated and co-edited by David Suchoff
Yale University Press (New Yiddish Library), 309 pages, $35

The people perished, but the writings survived. Several of the East European Jewish ghettos forced into existence and then extinguished by the Nazis had the foresight to document their suffering. Warsaw’s Oyneg Shabes Archive, organized by the historian Emanuel Ringelblum, is the best known. But it was not unique.

In the late 1990s, the U.S. Holocaust Memorial Museum in Washington, D,C., based the exhibition “Hidden History of the Kovno Ghetto” on a rediscovered stash of official decrees, reportage, maps, sketches and photographs. In the view of curator Elizabeth Kessin Berman, “this communal undertaking provided hope and courage to survive the day-to-day oppression witnessed within the ghetto.”

“In Those Nightmarish Days” highlights the inspired reportage of Peretz Opoczynski (1892-1943), a Warsaw journalist, and Josef Zelkowicz (1897-1944), a journalist and ethnographer in Lodz, the second-largest ghetto after Warsaw, and the last to be liquidated. Zelkowicz died in Auschwitz, and Opoczynski most likely died in Treblinka.

But they left behind vivid testimonies of ghetto life – of the omnipresence of hunger and disease, but also of the desperate stratagems, such as smuggling, that helped avert starvation.

In these stories. we feel the dampness and cold of crumbling buildings. We smell excrement and rotting vegetables, and see the wasting away of the once strong and healthy. We hear the cries and screams of despairing parents as their children are dragged from their arms. But we also witness the ferocity with which ghetto residents cling to their diminished existences — to their precious work permits, their soup bowls (“the ghetto’s real symbol”) and, above all, their loved ones. Suicide, Zelkowicz tells us, remained a rarity in the Lodz ghetto.

There are few heroes in these stories, though Opoczynski does credit Warsaw’s smugglers with saving lives. Jewish council leaders in the ghettos, associated with corruption and privilege, don’t merit much sympathy. The despised Jewish police are even worse, selling out neighbors for an extra loaf of bread and a promise of protection.

What is most surprising about these pieces is their form and tone. This is journalism in the guise of a short story collection, with lively characters, sharp dialogue and even black humor. These tales evoke darker versions of stories by Yiddish masters, with the constraints of poverty and persecution taken to an extreme.

Co-edited by Samuel D. Kassow (who wrote the excellent introduction) and David Suchoff (who did most of the translations from Yiddish), this compendium takes its name from the final story, a cri de coeur about the impact of the September 1942 deportations from Lodz of young children, the elderly and the ill.

Drawn from Zelkowicz’s diary entries, this piece is alternately eloquent and overwrought. “All hearts have turned to ice…,” he writes. “All eyes are downcast, and all are bleeding tears.” Wrestling with the impossibility of conveying the horrors he has witnessed, Zelkowicz seems to be straining for a linguistic and narrative vessel to contain them. How, after all, is one to describe the effect on parents of suddenly having their children abducted to almost certain death?

“No words are available – no power can summon the force necessary to convey the current mood….,” he writes. “If you were to say that today the ghetto is swimming in tears, it would hardly be a flowery expression – it would just be an unsuccessful description….”

Zelkowicz’s narrative starts out chronologically, then fractures, relating the story from different perspectives, cinematically, with the equivalents of close-ups and wide shots. The report breaks off abruptly, with a fragmentary anecdote about a woman rousted out of her home more than two years earlier, when the ghetto was established.

The stories from both Warsaw and Lodz are organized chronologically, chronicling the descent into the abyss. Opoczynski’s “Building No. 21” is a snapshot of wartime Warsaw before the creation of the ghetto. “It is…the first winter of the war, when jokes can still be made,” he writes, when Jews can still shop in Christian stores, “where milk can be bought, and there’s even candy for sale.” They can still imagine – sometimes even manage — escape to the “Other Side,” territory controlled by the Soviet Union.

“The whole city talks of getting out,” Opoczynski writes. Meanwhile, though, there is the torment of the “disinfection” baths to endure, a cruel and apparently senseless harassment that prefigures worse to come.

In “The Jewish Letter Carrier,” Opoczynski takes us deep into the homes, and the psychology, of the ghetto. Told in the third person, the story relates Opoczynski’s own experiences on the job. Ghetto households must pay for mail delivery while they hope for a lifesaving letter offering support or promising a food package.

At first, the letter carrier “was welcomed…with shouts of joy, looks of astonishment, and then with affectionate glances.” But affection soon turned to envy and then to “contempt verging on hostility.” In the end, the mailman lived “an utterly miserable existence,” barraged with verbal abuse and working long, freezing hours for meager pay.

Then even those troubles came to seem trivial: “As the nightmare of Jewish Warsaw darkens, hope is gradually extinguished: no more letters from Russia, no more packages, just walls – drab, red, and cold ghetto walls, like the walls of many cheerless prisons. Who cares about the Jewish post office or the swollen feet of the Jewish letter carrier now?”

Zelkowicz, too, is able to penetrate ghetto apartments – in his case, via a mission to certify those deserving of “social support” from the Lodz Jewish Council. In a series of tales addressed to a fellow investigator, he finds rooms fetid with garbage, and children so emaciated they resemble old women. Social support is definitely in order, and so, it seems, is philosophy. “Are we driven by the forces of life,” he asks at one point, “or do we take the direction we choose?”

Zelkowicz must have understood how relentlessly the ghetto narrowed choices. For all that, the ghetto was still a tapestry of life, however stressed and straitened, and he and Opoczynski both affixed it forever to the page.

Julia M. Klein, a cultural reporter and critic in Philadelphia, is a contributing editor at Columbia Journalism Review and a contributing book critic for the Forward. Follow her on Twitter @JuliaMKlein

In the Ghettos of Poland, Few Heroes and Many Witnesses