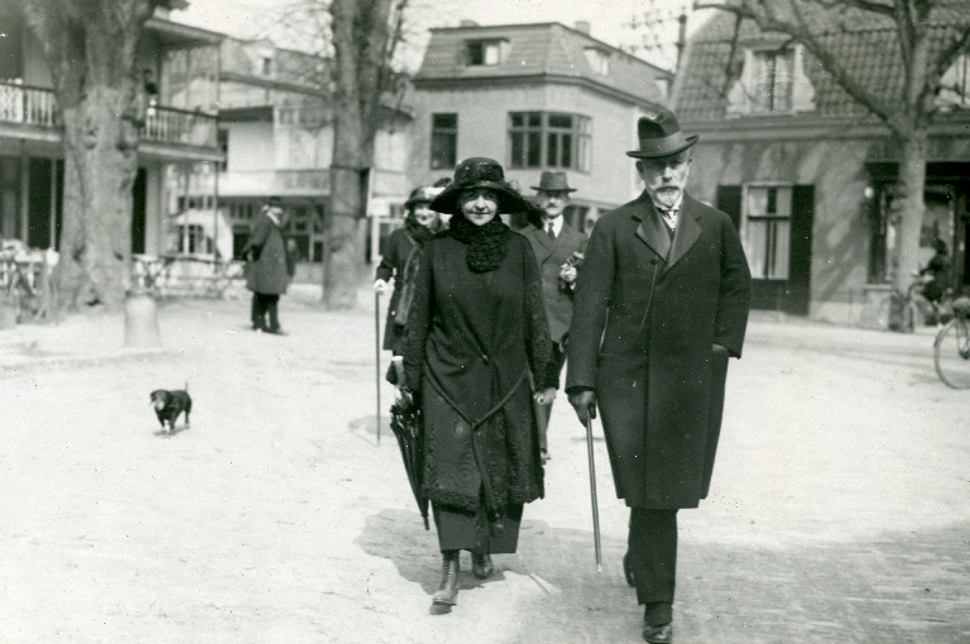 Not Camera Shy: Former Kaiser Wilhelm II faces photographers on a walk with his wife during Easter at Huis Dorn, his residence in exile following his abdication after World War I. Wilhelm rarely traveled beyond the allowed 15-mile radius around the estate in the Netherlands. Image by Forward Association

When New York City police busted a ring of African-American thieves on 133rd Street between Lenox and Seventh Avenues, one of the arrestees was identified as Robert Lelly. But when Lelly was put in front of a judge, he declared that he was actually a white Jew by the name of Harry Lipman. Taken by surprise, the judge asked him to explain himself. Lipman said that he had run away from home as a child and ended up in an African-American section of Harlem. With his swarthy skin and dark curly hair, he fit in and wound up going to school with mostly African-American children. He eventually became a track star and made a name for himself as a marathon runner. Later he owned a few nightclubs, but then he apparently fell in with a gang of thieves. In fact, police uncovered a large cache of stolen goods in the apartment in which he and his gang were arrested. As for his fate, it didn’t matter if he was black or Jewish — he was sent to the Tombs jail until his next hearing.

The Vichy regime in France has created a new governmental organization to deal specifically with the country’s Jewish population. Run by a well-known anti-Semite named Xavier Vallat, it is known as the Commissariat Général aux Questions Juives, or the General Commissariat for Jewish Affairs. Its purpose will be to develop and implement legislation related to the Jewish population of France; to control Jewish activity in the realms of French business and industry in addition to what will be permitted to them in public life. The organization will also determine the dates for the liquidation of the ownership of Jewish businesses and belongings and to determine which professions will be permitted and which forbidden to Jews.

If Soviet Jews are not permitted the same national rights as Soviet Georgians, former Israeli premier David Ben-Gurion said, then it is clear that they are being discriminated against. Moreover, he said, by not permitting Jews to immigrate to Israel, Soviet Georgia further discriminates against them by denying them an opportunity to participate in the existence of the new Jewish state. He added that the issue here has to do not necessarily with Jews, but with Jewishness. According to him, the Soviet policy of rooting Yiddishkeit out of the cultural world of the country’s Jews makes it impossible for them to participate in any form of Jewish culture.