Why ‘Weiner!’ Documentary Brings Back Memories of Ed Koch 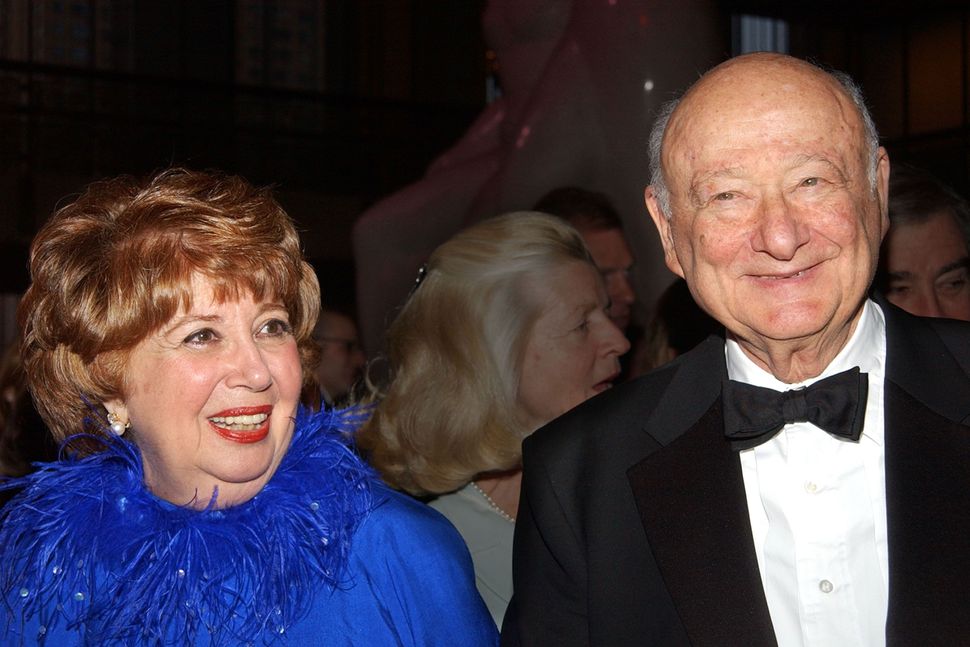 Populism comes in many shades. A global current of simmering anger and resentment, manifested most alarmingly on Friday in the UK, continues to buoy race-baiting demagogues. “Weiner,” the new Anthony Weiner documentary, while stunning in its sensational front-row view of the former congressman and mayoral candidate’s implosion, provides a portrait of another brand of the current crop of populism, one that uniquely cuts across racial and class lines. Weiner’s scrappy, “authentic” New Yorker appeal also recalls the last time the mayor of New York was a plain-speaking middle class Jewish Democrat, Ed Koch, who, unlike Weiner, did pander to his constituents’ worst instincts.

A one-time acolyte of liberal hero Adlai Stevenson, Koch first made his name as a reformer, an answer to the clubhouse politics that defined Democratic power in New York. His liberal credentials appeared impeccable, and a perfect foil for his colorful, abrasive, quintessential New York persona. His famous plaint to “Throw the bums out” still gets recycled regularly.

Yet his opportunism kept him highly attuned to the growing racial backlash of the white middle class outside of Manhattan, and an explosive and exploitable current of fear. In 1971, in what Koch would later call his “Rubicon,” he stood on the side of the mostly Jewish residents of Forest Hills who confronted Mayor Lindsay over his plans for scattered site public housing. Led by a racist demagogue named Jerry Birbach, the Forest Hills Residents Association marched and rallied, some waving placards with the word “nigger” and others equating Lindsay with Hitler. In an article in the Village Voice in November 25, 1971, Koch was quoted as saying “The residents of Forest Hills are expressing two very real and rational fears. The fear of crime is a very real one, and second, it’s absolutely rational to believe property values will decline in the area of a high-rise housing project. Fear moves in and people move out.”

By the famously heated summer of 1977, with the city reeling from a rampaging serial killer and a blackout that sparked looting and violence, Koch fully embraced the emotional key to the city’s white electorate – fear of crime. Only a few days after the blackout, Koch made the restoration of capital punishment a top item on his agenda, even though as mayor he would not have an actual part in any legislation relating to it. Walking the streets of New York, in his folksy and preening campaign style, he’d stop people and say, “Hi, I’m Ed Koch. I’m running for mayor. I’m for capital punishment, are you?”

Koch had another, even more shameless, stunt to appeal to the masses, this time to drown out the murmurs about his sexual orientation (or the overtly homophobic, “Vote for Cuomo, Not the Homo” signs). Joining him in his 1977 campaign announcement, Bess Myerson, the first Jewish Miss America, and former consumer affairs commissioner, escorted Koch through much of his campaign, even appearing in a poster with him and often holding his hand. Both Koch and Myerson played into rumors about whether their union was romantic, often suggesting it was. In their book about Koch, Wayne Barrett and Jack Newfield call it “The Immaculate Deception.”

Yet as a testament to his political savvy, and disarming earthy charm, Koch did enlist the backing of much of the city’s black leadership in his run-off against Mario Cuomo, in spite of Cuomo’s more progressive views and intact moral backbone. Koch’s main rift with the black community would come later, when, as mayor, he would close Sydenham Hospital in Harlem, reneging on a main promise to black leadership before the elections.

Many New Yorkers still recall Koch with a mixture of amusement, affection, and deep association with New York of that era. His accomplishments in housing, and bringing the city back from the financial brink, are lauded. However, in Neil Barsky’s film, “Koch”, during a vote in the City Council on naming the Queensboro Bridge after Koch in 2011, one of the lone dissenters indignantly says, “You have got to be kidding, a bridge named after Ed Koch, this is not the Ed Koch that the black community knows, it’s the Ed Koch that every time we ask for something, he would say ‘I will not be intimidated, and then asked the rest of you ‘How am I doin?’” 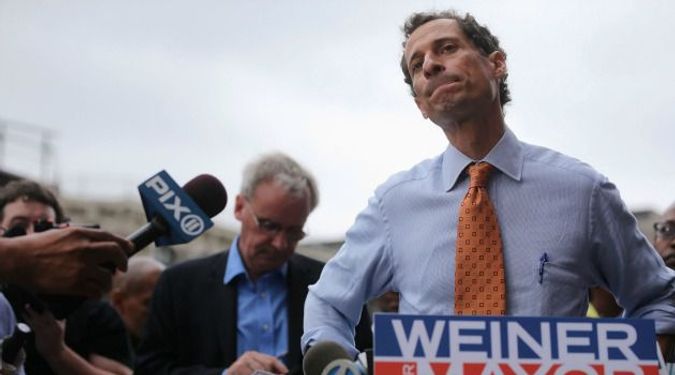 Like Ed Koch, Anthony Weiner seems to possess a particular, and perhaps fading, Jewish New York political identity that embodies many of the city’s vaunted characteristics — pluck, candor, colorful informality, and an earthiness that seems at a remove from politics as usual, even if one has been an intrinsic part of the Democratic infrastructure of New York for many years. Both Koch and Weiner found an audience waiting for someone who would speak and fight for them, in their language. Much like Koch’s “How am I doin?”, and his frequent forays into the streets of New York, Weiner has a similar need for schmoozy horseplay with his constituents. In “Weiner”, we watch him running through the Pride Parade with a rainbow flag, marching in the Ecuadorian and West Indians parades, and bursting with his characteristic energy and theatrics across vast swathes of New York City, to the clear love of many at each place. Both men loved the attention, and craved a “high-five” personal connection with potential voters, or, alternatively, a gritty, and often funny, display of New York attitude when confronted by non-sympathizers.

However, Weiner’s populist pugnacity didn’t include appealing to his constituents’ worst instincts and resentments, and did not rely on an us vs. them vision of New York or the world. In one of the more memorable scenes from the film, Weiner visits a bakery in Borough Park, shaking hands and yucking it up before Rosh Hashana. As he turns to leave, a man tells him, “You’re a scumbag Anthony.” Weiner, already outside, responds with “Takes one to know one jackass.” Yet instead of walking away, Weiner comes back into the bakery and confronts the same man, adding, “You are a perfect person? You are my judge? What rabbi told you that you are my judge? That’s not for you to judge my friend…you know who judges me? Go visit with your rabbi…I delivered more for this community…” Outside, an older man asks the camera “Why didn’t he just walk away? Why did he need that? It was going nicely.” The video of the argument quickly went viral, eventually uncovering the real reason Weiner did not just walk away. The heckler in the bakery made the comment, “You’re married to an Arab.”

However, Weiner is not completely without sin. In his 1991 congressional campaign, he ultimately had to apologize for spreading leaflets emphasizing to his opponent’s close ties to David Dinkins and Jesse Jackson (after the summer of the Crown Heights riots), and remains a great equivocator on whether Israel indeed occupies the West Bank. While New York’s racial and machine politics have evolved dramatically since Weiner’s early years, and certainly since the Koch era, no longer fixated on the Three I’s (Ireland, Italy, Israel), or fear of crime, Weiner still seems uniquely able to emotionally connect without preying on fears like many of his populist peers. Having the common touch need not always rely on cheap and dangerous sentiment. The film also delivers much less cynicism than one would expect from a view into the political machine. Anthony Weiner is a seasoned operative but his personal and political relationships do not seem solely guided by political expediency, nor did his run for mayor.

While “Weiner” is outrageous, fun, and tragic, it also leaves much to the imagination of what a widely popular, homegrown candidate, championing the middle class could be, and could have been.

Why ‘Weiner!’ Documentary Brings Back Memories of Ed Koch