Susan Faludi’s Story of Her Father’s Survival and Transition 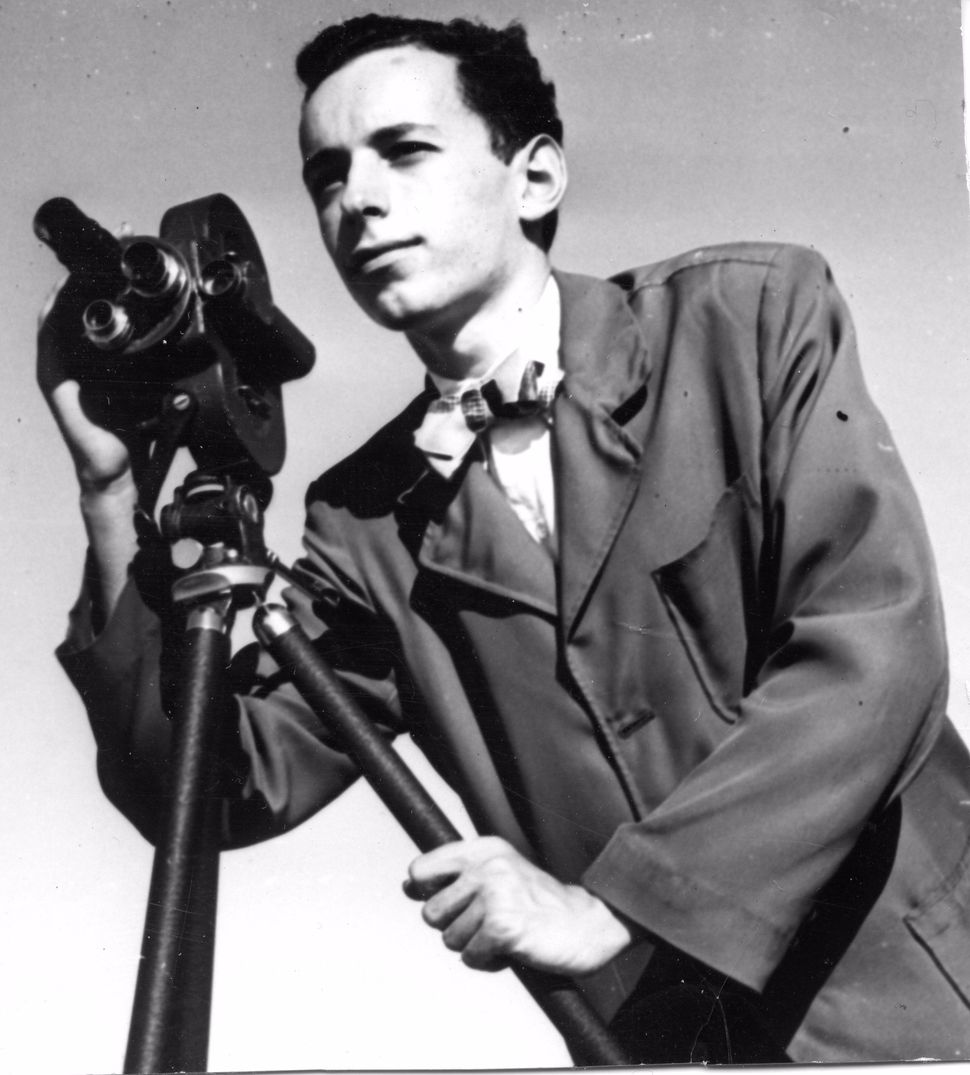 Portrait of the Author’s Subject as a Young Man: Steven Faludi trains the sights of his camera. Image by Courtesy of Henry Holt

In The Darkroom
By Susan Faludi
Metropolitan Books 432 pages, $32

Susan Faludi hadn’t spoken with her father in 25 years when, out of the blue, he sent her an email in 2004 informing her of his sex change. At 76 he was now no longer Steven Faludi, but Stefanie Faludi.

Susan Faludi picked up the phone to leave a message. In the ensuing conversation, her father accused her of not visiting, and “dared” her to write about her.

“You said you were going to write my life story, and you never did,” her father said. Faludi asked to come see her father in Hungary, her home country and the place she repatriated to in the ’90s.

She made her first visit in 2004, and thus began a 10-year project in which a journalist tries to unlock the stories her father has spent a lifetime erasing, and in which a daughter struggles to mend a contentious relationship with a volatile father.

The resulting work is the author’s latest journalistic endeavor, “In the Darkroom,” Susan Faludi’s fourth book and her first bout with first-person narrative. She has dedicated her journalistic career to writing about feminism and about marginalized people. She won the Pulitzer Prize for an investigation into the buyout of Safeway stores and is known for her 1991 book “Backlash: The Undeclared War Against American Women,” about the backlash against feminism in the 1980s. Her work, she explains, stems largely from her father’s treatment of her mother. We learn early on that Steven Faludi broke into his family’s house one night during their divorce in 1977 and stabbed his ex-wife’s boyfriend. After the man was hauled off in an ambulance, Susan Faludi, at that time a teenager, scrubbed the floor to clear it of bloodstains.

In “In the Darkroom,” we come to understand her father as a mercurial, contradictory woman. Stefanie Faludi is apt to go on tirades, such as the time she railed about reclaiming property that Communists stole from her family. She refuses to talk about being a young Jewish man during the war, waving her hand in dismissal at the mention of it. She voted for the Fidesz in 2010, the conservative Hungarian party that still dominates the country, and brushed off its anti-Semitic remarks and Nazi parallels. Shortly after, she begins saying Kaddish for her parents and attends services, swatting her daughter’s hand for taking notes during Rosh Hashanah.

Though enticing for its subject matter — a violent, Popular Mechanics type of man who transitions to a woman — “In the Darkroom” becomes a nonfiction investigation about the complex notions of identity.

Susan Faludi tackles her father’s transition by examining other aspects of his existence — his ancestry, his Jewishness, his heritage — to discover a multi-layered being in whom identity proves fluid.

“I loved that those two were in conversation with each other, the gender identity and the religious slash national identity,” Faludi told me over tea at the hotel The Roger one recent afternoon. She teaches gender and women’s studies at Bowdoin College, in Maine, but was in New York for a book tour. 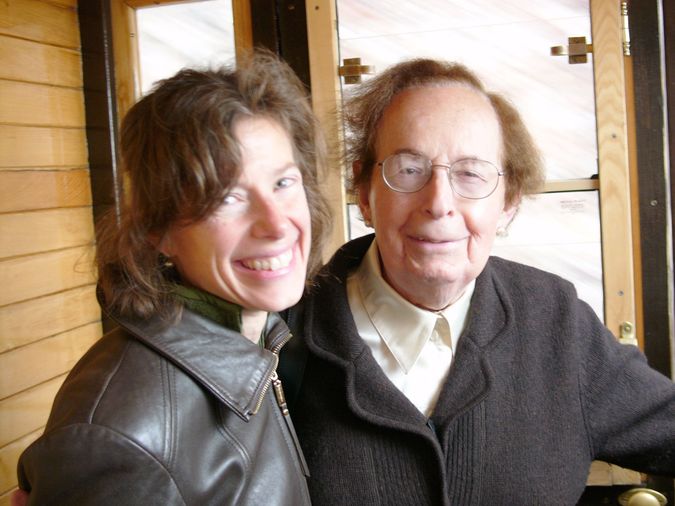 Author and Father: Susan Faludi with her father in Budapest. Image by Courtesy of Henry Holt

From the start of the project, she was transfixed by her father’s background and “that sense of otherness and being marginalized and being an outsider.”

“If anything, I had to remind myself, ‘Okay, this is also about your father being a woman,’” she said.

Faludi is careful not to link the Holocaust to her father’s transition.

“Your father probably had this desire in him as a child, and, by accident, the war came at the same time,” Otto Szekely, one of her father’s former classmates, warns her in the book. “I have the feeling you want to find a connection between your father and the Holocaust. But I don’t think the Holocaust can make someone.”

Faludi interjects and reaffirms that she doesn’t think so either.

But it’s difficult to ignore the Holocaust and her father’s Jewishness as not having played a role.

Steven Faludi had a rocky relationship with his Jewish background. He grew up Istvan Friedman and changed his name after the war. As a teenager, when his daughter toyed with converting, he barged into her room and banged her head against the floorboards. “I created you and I can destroy you,” he screamed.

Susan Faludi’s household celebrated Christmas and Easter. Even as Stefanie Faludi, her father refused to talk about the war. Susan asked her father about how she supposedly saved her parents.

“Waaall. I had an armband,” Stefanie Faludi said.

“And?” his daughter prompted.

(Susan wonderfully mimics her father’s Hungarian accent throughout the book. Her diligent recording lends to strong dialogue, and much of the story hinges on these conversations.)

The interaction illustrates the frustrating game of “cat and mouse” she plays with her father throughout her trips to Hungary. She is often held hostage in her father’s home, her pleas to see her family’s house and synagogue ignored. 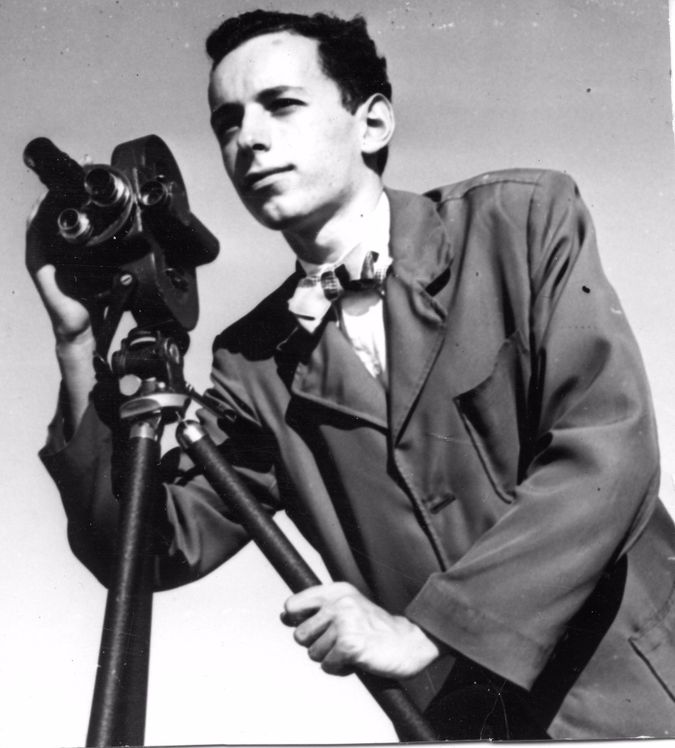 Portrait of the Author’s Subject as a Young Man: Steven Faludi trains the sights of his camera. Image by Courtesy of Henry Holt

As the years progress after their first meeting in 2004, the wall between father and daughter begins to crumble. The journalistic structure of the book — with long sections devoted to historical research — makes room for personal touches.

By the time 2010 came around, Faludi had mustered the courage to ask her father about the night he broke in. We’re used to his sudden shutdowns, huffing diatribes and insufferable stubbornness, but what ensued was an enlightening, almost sympathetic confession that she was “trying to keep the family together.”

“Over the years we moved from being in a grapple over what had happened before and my father’s violence, and my anger about it, into trying to understand each other,” she said. “Towards the end I could put the crutch [my reporter’s notebook] down and just be with my father.”

As the book begins with Steven Faludi’s rebirth, it ends with Stefanie Faludi’s death. In 2015, after completing a workable draft of “In the Darkroom” and rewriting the entire book three times, Susan Faludi flew to Hungary to be with her father, who at that point had been stricken with dementia.

Her father died one night in the woman’s wing of the hospital when Faludi was at her father’s empty Hungarian apartment, the site of so many petulant and revelatory conversations, now absent of its defining presence.

She pressed the doctor for a reason for her father’s death, and managed to extract largely a list of possibilities, no definite answer.

She spent a decade trying to understand her father, and often came up empty.

“I stopped seeing my father as a caricature,” she said of her book. “As children we don’t see our parents’ frailties and vulnerabilities, we see their power, and writing this book allowed me to, in a funny way, become a grownup in this relationship and let go of the demon who in many ways I had demonized.”

Susan Faludi’s Story of Her Father’s Survival and Transition