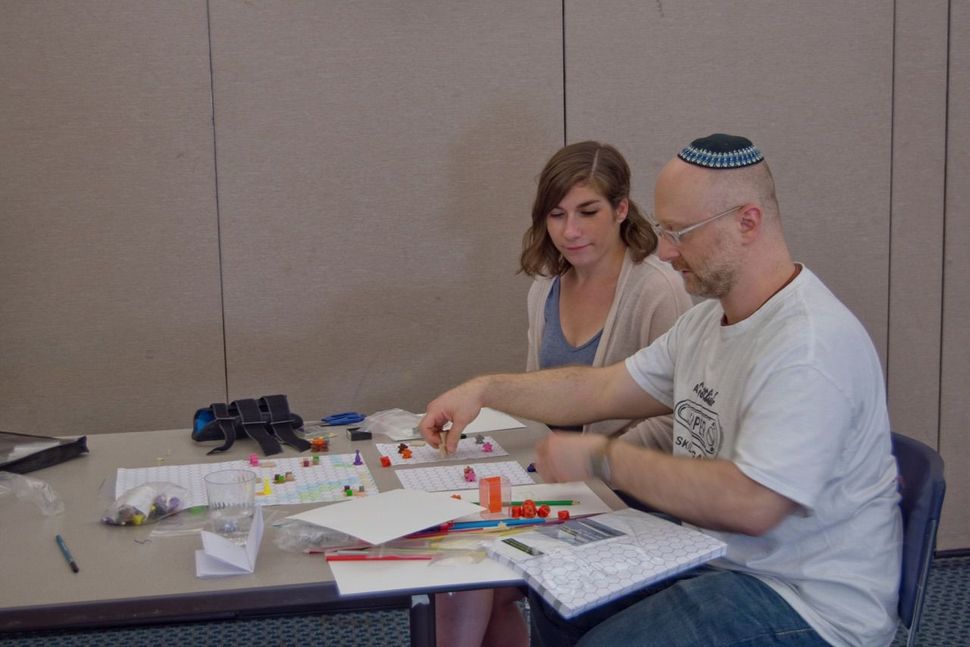 Most of us experience art and culture at a distance. We dutifully take in an exhibition, attend a concert or a play and watch a movie, but in each instance we encounter a finished product: a framed painting or photograph, a polished performance, 90 minutes of screen time. Opportunities for engaging with the artistic process are few and far between, placing us at a considerable remove.

What if this were to change? What if those of us who place a premium on cultural expression would be able to spend time in the company of artists, observing how they wield a paintbrush or a camera, bring forth sound, move through space, bestow visual shape on a concept? And more: What would happen if artists whose collaborations are usually limited to working with those within their own fields would be brought together with, and be inspired by, those from other arenas? What would happen if, say, a photographer mixed things up with a musician? Or a dancer with an actor? And this: How might their efforts enrich the Jewish cultural landscape?

Instead of waiting to find out, I recently embarked on what was a somewhat unusual initiative, at least for me: inviting a group of 10 artists with an abiding commitment to Jewish cultural and artistic expression — among them, choreographers, musicians, game designers, architects, visual artists and culinary artists, songwriters and actors — to come to Washington, D.C. and spend an immersive 24 hours with one another as well as with my students and colleagues in The George Washington University’s Program in Experiential Education & Jewish Cultural Arts. Over the years, I’ve organized my fair share of conferences and un-conferences, symposia and colloquia, but never had I essayed anything quite like this. In playful recognition of its resemblance to a contemporary pop-up installation, and in homage to its age-old origins as a symposium, I called the gathering SymPop.

Working closely with my colleague, Benjamin Jacobs, a renowned authority on experiential Jewish education, and with the generous financial support of the Jim Joseph Foundation and the Covenant Foundation, we devised a game plan designed to put people at ease, to encourage interaction and stimulate creativity. While we hoped that something concrete would emerge at day’s close, what fueled SymPop was process far more than product: the meandering, frustrating, elusive yet magical ways in which creative ideas take shape.

Process, process, process. We bandied about that word until it assumed a life of its own. Artists being artists, the members of our merry band were variously bemused and befuddled, galvanized and stumped by our fidelity to that notion; it’s not for nothing that artists like to color outside the lines. A fair amount of handholding and handwringing, of parsing our free-wheeling prompts and gentle directions to the nth degree, took place before the attendees were fully comfortable with what was expected of them. Their responses varied. Some preferred just to talk about their process, others to demonstrate it by way of show and tell. And still others elected to put the entire group through its paces — quite literally — by having us pay attention to our gait, our gestures, the front of our bodies and the back of them, too.

What has any of this to do with art, you might wonder. Well, just about everything. Once SymPop’s participants found their rhythm, they found each other as well, and came up with a dazzling series of creative propositions: seed projects, you might call them. A designer of objects tried her hand at making a book about the counting of the Omer; a printmaker was inspired to try hers at integrating movement — undulation — into her work on Kohelet; a songwriter was prompted by a culinary artist’s haunting reflections on Israeli food to use her words as well as her voice to develop a song about homecoming; a photographer invited a musician to respond musically, and spontaneously, to her images of abandoned Jewish places as she projected them onto a screen. Behold: the creative process.

As for SymPop’s impact on the larger Jewish community, the metrically minded among us might wonder about how we might go about evaluating and assessing the success of this venture. Frankly, I’m not sure you can. But if the palpable energy in the room could be sustained outside its precincts, and the spirit of emotional and intellectual generosity that prevailed throughout the course of the gathering’s 24 hours could be maintained, SymPop did what it set out to do: underscore the power of Jewish cultural expression to form community.