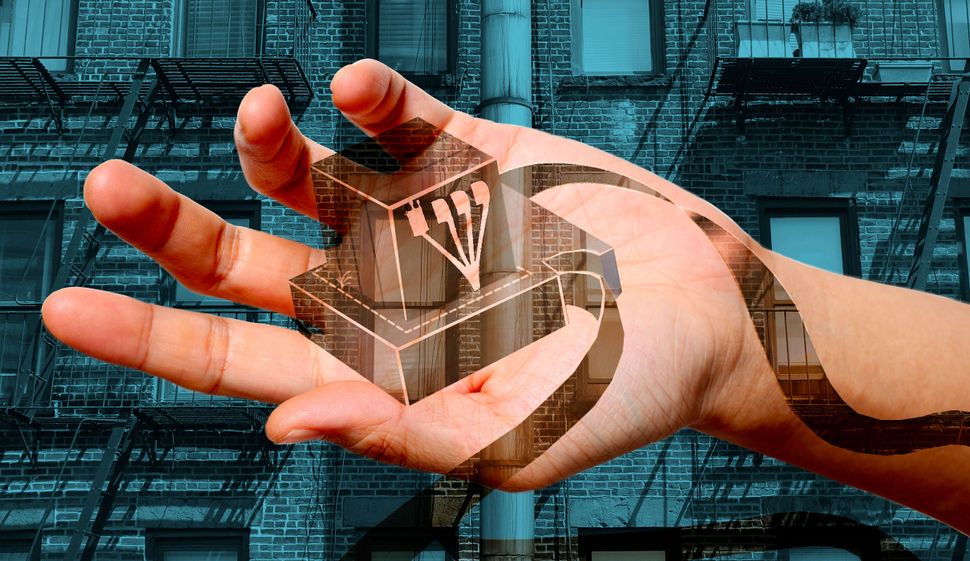 In several weeks from now, given past patterns, I will get a call from one or both of my two brothers. “It’s Tatti’s yahrzeit today,” they’ll tell me. “We weren’t sure if you remembered.” The 25th day of this month of Tammuz will be the 29th anniversary of my father’s death, and this month has always had personal significance because of it. My brothers, who live fervently observant lives, will have led prayers that day in the synagogue, and recited the Kaddish. What is left unspoken is that I will not have recited the Kaddish, will not do so later, and have not done so in at least a decade.

The Kaddish is an ancient prayer declaring God’s praises in a remarkable string of lyrical Aramaic exaltations, and is often recited by worshippers on or around the anniversary of a loved one’s death, for the sake of the departed’s soul.

For years I recited the Kaddish dutifully whenever my father’s yahrzeit came around, believing both in the eternity of his soul and in the God to whom it had returned.

“May his soul have an aliyah,” fellow worshippers would say after prayers, over glasses of schnapps. An aliyah, an elevation; may he rise to a higher place on the wings of the Shekhina, the divine feminine to whom all souls return.

These days, though, I do not believe in God, nor that my father’s soul needs elevating or that it even exists, and I’ve developed an aversion to Kaddish that I cannot shake.

I thought about this the other week, when contemplating a different ritual to which I have a similar aversion. It was an otherwise ordinary day, as I ran errands in my Brooklyn neighborhood, when I was accosted by a young member of the Chabad movement.

“You Jewish?” he asked as I exited my bank’s ATM vestibule.

“You get to put on tefillin,” he said, pointing to a crumpled plastic bag he was carrying.

The tefillin, or phylacteries, are leather boxes traditionally worn by men, and some women, during morning prayers. The boxes contain small parchment rolls with biblical passages declaring, among other things, God’s oneness.

“I have no need for tefillin,” I said.

The boy, who looked to be about 18, followed me down the block. He extolled the virtues of tefillin as he skipped-trotted alongside me, as if I hadn’t worn them for half my life. The boy followed me into a nearby supermarket, squeezing past shopping carts and stacked cartons to remain glued to my side as I placed hummus, cheese and tofu into my basket.

“The Alter Rebbe says that anyone who puts on tefillin —” he began to say at one point, but I’d had enough.

After the boy left, I thought about my adamant refusal to engage in the tefillin ritual. It certainly wasn’t something I’d stop my day for, but I also knew that I wouldn’t put on tefillin if I had all the time in the world. Did I just have an aversion to ritual? That couldn’t be it. Our lives, after all, religious or secular, are filled with ritual, with which we mark times and places of meaning: the raising of a glass to toast a celebration; a bride walking down the aisle, holding her father’s hand; the placing of flowers on a gravestone. I have no aversion to these.

Even rituals with theistic origins generally don’t trouble me. A woman I’ve been seeing in recent months likes to recite the Kiddush each Friday evening to mark the arrival of the Sabbath, and the Havdalah the next nigh, to mark its departure. She sings it softly by candlelight, holding a small glass of wine as we stand together in the dancing shadows. I could not be so earnestly ceremonial myself, but when she does it she glows, and I find it enchanting. We mark sacred time with myth; we set aside time for rejuvenation — physical, psychological, spiritual — like a gift to ourselves, which we wrap and tie with words, song, fire and fragrance.

This ritual, however, is for humans, but tefillin, I am inclined to think, is for God alone. Similarly with Kaddish. It is not merely ritual, but also worship. And I cannot worship a deity I do not believe in after the hard work I have done to find meaning in life without one.

I do not believe in God today, but my non-belief did not come easy. Once, God had been my guide, my solace, even my love, but then, in my mid to late 20s, my faith fell apart. It happened over years, in stages, as I read, studied, searched, and discovered a world of knowledge that I hadn’t known existed. As I questioned all that I had been taught, I dug deep into the pile of beliefs, held up everything, like a hoarder forced to determine what to keep and what to discard.

I held up God. Keep or discard?

I could not keep God.

To accept this fanciful idea — a personal God conveniently endowed with all the virtues of every minor and major god ever conceived, not to mention it’s fantastical anthropomorphism — felt not only illogical, but also like a betrayal of my intellectual faculties.

Discarding God, however, came with a cost. The scientist Stephen Weinberg wrote: “The more the universe seems comprehensible, the more it also seems pointless.” As I learned to accept a godless universe, I faced that very dilemma. Harder than losing faith was finding meaning without it. Without faith, I felt disoriented, left with the existentialist’s despondency, wondering: What was life’s purpose in a world without God?

And so my project of the past decade has been to construct meaning for myself in a godless world, and this work has yielded returns. It is in non-belief, I discovered, that making meaning becomes itself purposeful; this one life is all we get, and it is in this one alone that our actions matter. The non-believer has no dogma for a crutch, has no revealed truths to aid in judging or evaluating actions and worldviews, and so must use reason alone to arrive at a moral framework. The non-believer must be attuned to love and kindness and empathy and forgiveness and charity — the ultimate enterprise of humanity — for their own sake, not to please a deity; the purpose of these virtues becomes an end in itself rather than a means for entry to a pleasant afterlife. The non-believer makes humanism life’s project, since, given what we know of our universe, no one else has placed us at its center. Most of all, the non-believer is awed by the vastness of the cosmos precisely because we know nothing of the forces beyond what our scientific instruments can discern. The non-believer, in humility, knowing how little we truly know, is awed by the unknown and finds majesty in the mystery.

To recite Kaddish, then, is to deny all of the above, to declare that we know that of which we know nothing at all; to speak of a supernatural realm when human minds are simply incapable of conceiving reality beyond nature; to see truth in fantasy.

My father was buried on Jerusalem’s Har HaMenuchot, and I have visited his gravesite three times. The first time was as a teenager, soon after his death, when I didn’t yet feel his absence fully, and I felt largely unmoved. The second time, I was 20 and married, my then-wife beside me, pregnant with our first child. I stood over his grave with a prayer book, and within moments I wept disconsolately, feeling both his absence in my life and sensing his soul’s presence, unable to let go of the notion that a part of him still existed, a part to which I might still cling.

The third time was a decade after that, at 30, alone, and no longer a believer. I felt an uncanny familiarity at the site, like returning to a childhood home, but also a sense of peace. I lit a candle and placed it at the foot of the gravestone, then stood there, gazing out over the panoramic view of the hills surrounding Jerusalem. This time, I did not pray, and did not shed a tear. I felt the pang of missing him dearly as I sat down on the ground near his gravestone, but this time his total absence was unquestionable.

In a way, this last visit was the most meaningful. Without Kaddish, without belief in an eternal soul, all we have are our memories, and the acts of commemoration to keep them alive. This year, maybe I’ll light a candle. Maybe I’ll sing a song he liked. Maybe I’ll give an extra dollar to a homeless person – an act he did regularly, almost instinctively.

Any of these would be more meaningful than declaring the exaltations of a non-existent God.

Shulem Deen is the author of “All Who Go Do Not Return.” Follow him on Twitter @shdeen