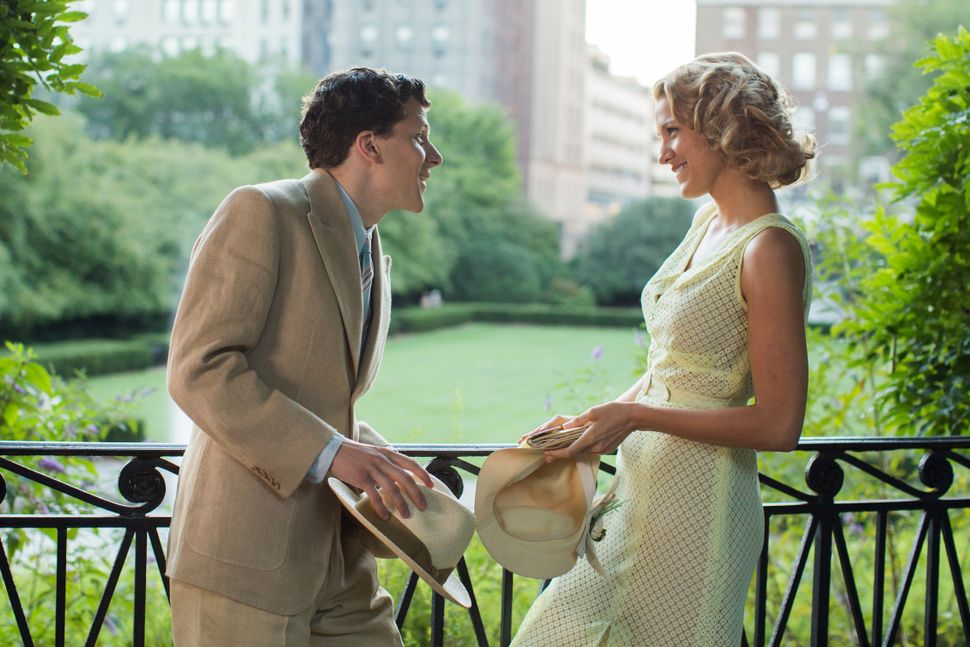 There was a time when Woody Allen set the tone for the culture. In movies like “Annie Hall,” “Manhattan,” “Stardust Memories” and “Zelig” he represented and satirized East Coast intellectuals, appealing to a generation of college-educated baby boomers through a mix of self-deprecatory and highbrow humor. With cameo appearances by Susan Sontag and Saul Bellow, crude jokes about highbrow magazines (“I heard that Commentary and Dissent had merged and formed Dysentery”), pastiches of Fellini and pseudo-philosophical banter about sex and death, his movies became the comic foil to self-serious midcentury intellectual life.

But there was always a more elegiac Woody Allen there as well. In movies like “Play It Again, Sam,” “Broadway Danny Rose,” “The Purple Rose of Cairo” and “Radio Days,” he shifted his gaze to his upbringing in Jewish, working-class Brooklyn, and and to the glamorous world of show business that he idolized as a child. In looking backward he portrayed the world he knew, and the world he longed to know.

That split-screen nostalgia is the driving force behind Allen’s latest movie, “Café Society.” Here Allen returns to the late 1930s of his early childhood, which, despite the Depression, was also the Golden Age of Hollywood. While his own family may have struggled to make ends meet, his imagination was filled with movies and movie stars, and the glamorous world of nightclubs and big band jazz music that they inhabited.

This time the Allen stand-in is Bobby Dorfman (Jesse Eisenberg), a young man from the Bronx who travels to Hollywood to seek his fame and fortune. He is preceded by his uncle, Phil Stern (Steve Carell), a talent agent who bootstrapped himself above his own humble beginnings long ago. Now Phil throws garden parties at his mansion and takes calls from Ginger Rogers.

After landing in town with little more than the suit on his back, Bobby pays a visit to his uncle’s office, only to get the run-around. Uncle Phil, far from being imperious and aloof, is actually a conscientious businessman played with a meaty solidity by Carell. But life experience has taught him that you get only what you take for yourself, and he keeps Bobby waiting for three weeks before remembering that his only sister’s son needs his help.

In the meantime, Bobby cools his heels in a seedy hotel, conferring with family members over an expensive long-distance connection. There is his mother, Rose (Jeannie Berlin), a sharp-tongued housewife in curlers; his father, Marty (Ken Stott), her none-to-bright husband; Bobby’s sister, Evelyn (Sari Lennick), and her communist husband, Leonard (Stephen Kunken), and his brother, Benny (Corey Stoll), a gangster who offers to set Bobby up with a prostitute. Bobby reluctantly accepts the offer, leading to an uncomfortable slapstick encounter with a woman named Candy (Anna Camp) whose real name turns out to be Shirley Gorfine.

Eventually Uncle Phil finds time in his schedule to see his nephew. He gives him a job as his assistant, and has his secretary, Vonnie, show him the town. Played with understated depth by Kristin Stewart, Vonnie is the rare young woman in Hollywood not seeking her own celebrity. She may have gone there to be a larger-than-life actress, she says, but now she prefers to be “life sized.” And since this is a Woody Allen movie, she can’t help but be attracted to Bobby’s “deer in the headlights quality.” Naturally, a fledgling romance ensues. 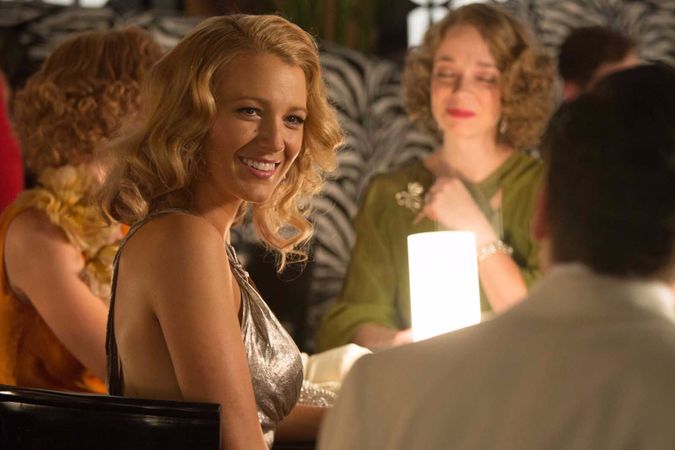 The only problem is that Vonnie already has a boyfriend, who turns out to be Uncle Phil. A love triangle develops, and before long Bobby returns to New York with a broken heart to join his brother in the nightclub business. He gets married to a woman named Veronica (Blake Lively), has a baby, settles down, and becomes the kind of success his bumbling younger self could only have dreamed about. Then one day, “the past walked in.” Vonnie shows up at the nightclub with Phil, leading to a wistful consideration of what might have been.

This look back to a more glamorous time has become a staple of Woody Allen movies in recent years. In the 2014 film “Magic in the Moonlight” he traveled back to the late 1920s, during the height of Europe’s cabaret era and America’s Spiritualist movement. In his 2011 movie “Midnight in Paris” he makes this turn to the past the subject of the movie itself, having his protagonist, Gil Pender, played by Owen Wilson, take magical trips into the city’s storied history. For Allen the past is a realm of glamour and fascination, a time when things were more interesting and romantic than they are now. And this is especially true of Hollywood, America’s dream machine.

Glamour and celebrity may be the dominant note in “Café Society,” but they are contrasted against the gritty reality of family life in the Bronx. Evelyn and her husband are tormented by their neighbor, who refuses to turn down his radio. While Benny earns plenty of money, he does it by murdering his competitors and burying their corpses in wet cement. And after Bobby returns home from Los Angeles, he joins the family at a Passover Seder, where they yell at each other about religion and ethics.

If that sounds familiar, it’s because there was an almost identical scene in “Crimes and Misdemeanors,” where the protagonist, Judah Rosenthal (Martin Landau), remembers the family Seders of his childhood. And in fact, “Café Society” often seems less like a movie about the past than it does a movie about past Woody Allen movies.

There’s the Seder scene from “Crimes and Misdemeanors”; the contrast between outer borough working life and Manhattan nightlife from “Radio Days”; the mob connections from “Broadway Danny Rose”; the May-December romance from nearly every one of Allen’s movies. At this point, Allen has made so many pictures that to make a new one, all he needs to do is put them all in a box, give the box a shake and reassemble the pieces that fall out. While most artists reuse material, “Café Society” is little more than a collage.

Oddly though, that doesn’t make it an unpleasant film. The plot is tired, the themes are stale and even specific scenes are recycled from old material. But if there’s something to be gained from Woody Allen’s romance of old-time glamour, it’s that the glamour can be enjoyable for its own sake.

Given the allegations of sexual abuse that have swirled around Allen for decades, that won’t be enough to convince a lot of people to see this movie. But in a way the success of “Café Society” has little to do with Allen. It’s about his costume and set designers, and the work of cinematographer Vittorio Storaro. And of course there are the actors, whose performances prove equal to their looks.

Sometimes going to the movies isn’t about shrewd jokes or brilliant writing, but about watching beautiful people swan around in period clothes. And while “Café Society” is about as profound as a hairdo, it’s enjoyable all the same.

Ezra Glinter is the critic-at-large for the Forward, and the editor of the forthcoming “Have I Got a Story for You: More Than a Century of Fiction From the Forward” (W. W. Norton & Company). Contact him at glinter@forward.com or follow him on Twitter, @EzraG