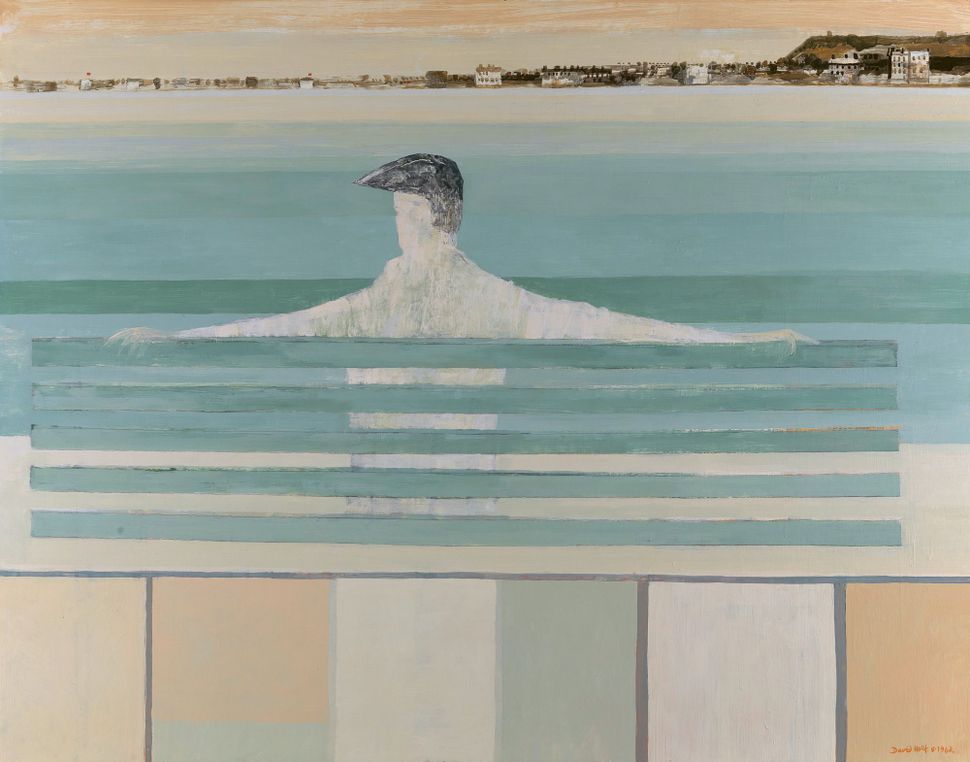 Image by © Estate of David Holt

The Yale Center for British Art has just reopened after an extensive building conservation project. On the fourth floor is Paul Mellon’s British art collection, and on the third floor, now through August 21, is the opening exhibition, “Modernism and Memory, Rhoda Pritzker and the Art of Collecting.” Seventy-two paintings, drawings and sculptures were gifted by the Pritzker family to the Yale Center for British Art in 2011, and five paintings were donated in 2016.

Pritzker was born to Cissie and Morris Goldberg in 1914, a few weeks into World War I, when her family was living in the Jewish neighborhood of Withington, England. As a child, Pritzker contracted tuberculosis; she had to endure isolation for years and could not start school until she was 10. After her Uncle Bernard was murdered, the family moved to Southport on the Lancaster coast. When World War II started in September 1940, she immigrated to the United States by sailing on a ship from Liverpool.

After a brief marriage to a British man, her divorce lawyer set her up on a blind date in Chicago with Jack Pritzker, of the prominent Pritzker family in Chicago who, like her, came originally from a Russian refugee family. They wed in January 1944, a decade before the family built the Hyatt hotel chain. Early in their marriage she wrote stories about being a naval wife from the Key West military base. But then, after a debilitating bout of writer’s block, she took up art collecting.

In this donation to the museum of 77 works of art, there are works by 46 artists, all of which, except one, were displayed in the couple’s home in the Drake Tower at 179 E. Lake Shore Drive, in Chicago.

Even in such an exhibit of diverse artists and varied mediums, what becomes apparent are certain themes. Pritzker collected works that reminded her of growing up in Manchester and on the Lancaster coast, such as the oils by Laurence Stephen Lowry on display here, that provoked her memories of the landscape she had to leave behind. Many of the works feature a lone figure in some kind of exile — for example, Alan Lowndes’s “The Lone Vigil,” which depicts the curious figure of a young girl peeking behind a window curtain, and several paintings by Gwen John of lone brooding woman figures.

These works engender within the viewer an uneasy or mysterious feeling or presence, leading one to wonder how happy was this beautiful, wealthy woman ensconced far away from her childhood home and family in her fancy apartment in the Drake Hotel. To what extent was the art she collected a way to console and comfort the hidden, inner spaces of her soul? 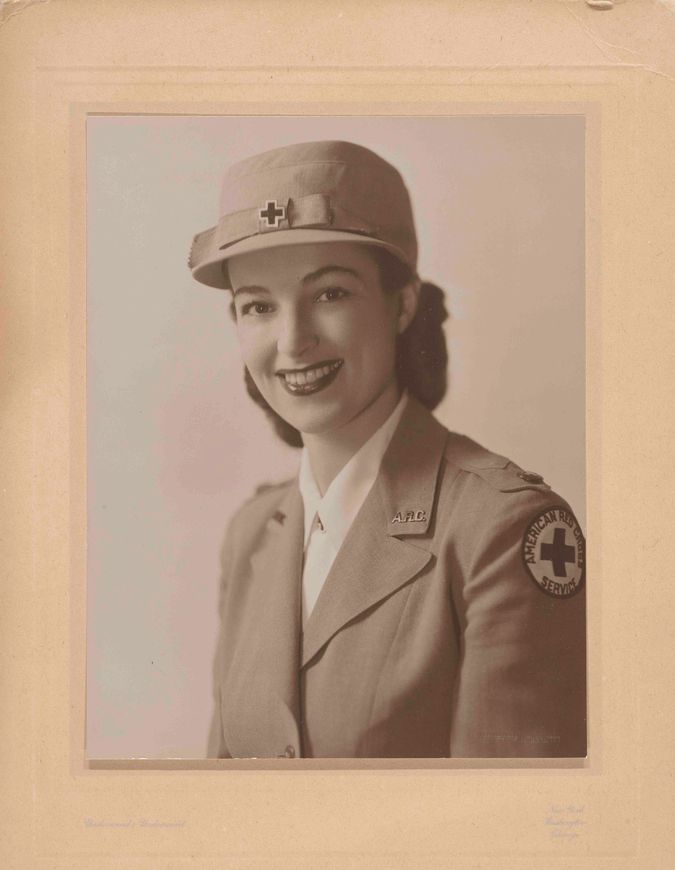 In the exhibit we see only one bright life-affirming painting — “Jug and Fruit” by Mary Fedden. It was the sole work of art hung in her Florida house, where she spent increasing amounts of time until her death in 2007. This painting stands in sharp contrast to the other works, all of which were displayed in her Chicago apartment. The uplifting work features calming bright-blue waters seen through the white arches of a building with a cheery still life of pears, pineapples and grapes in a bright lavender bowl. Perhaps moving to sunny Florida near the end of her life was a means for Pritzker to finally set herself free from the memories and yearnings of her past, and the urge to find consolation in art.

Laura Hodes is an attorney and writer based in Chicago. 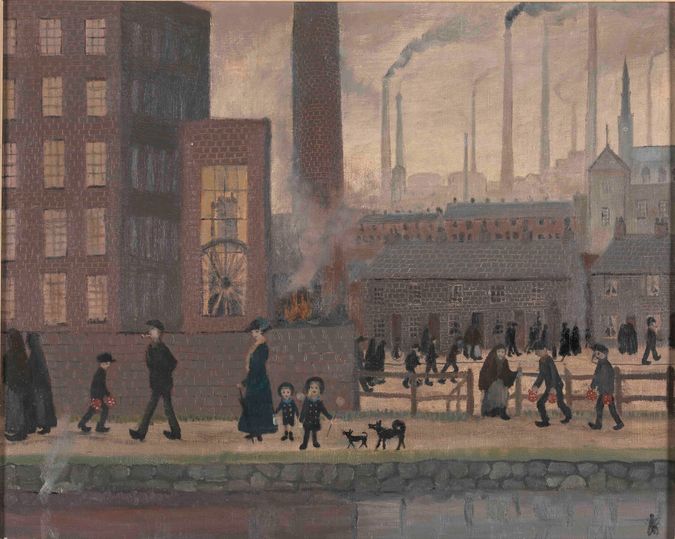 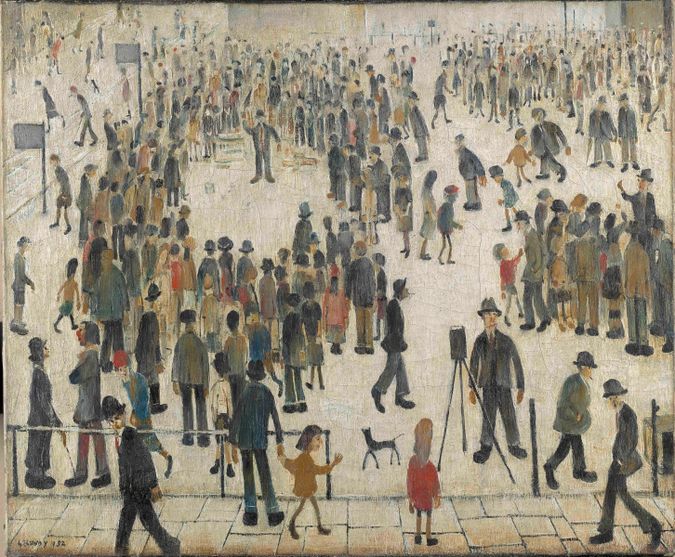 “The Marketplace, by L.S. Lowry Courtesy of The Estate of L.S. Lowry 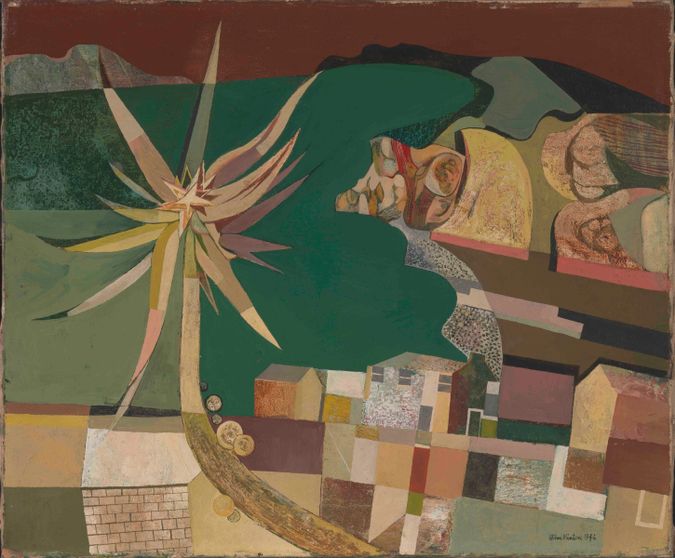 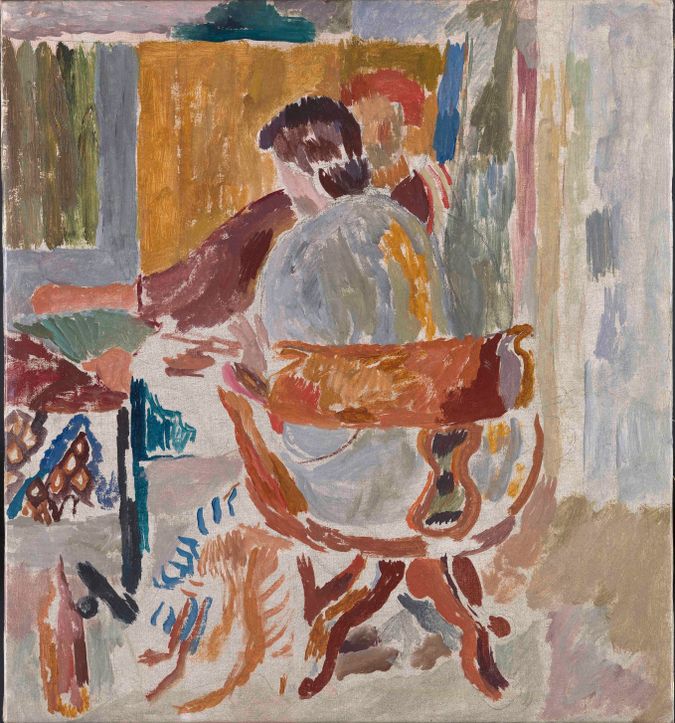 “Vanessa Bell at her Easel,” by Duncan Grant Courtesy of Artists Rights Society 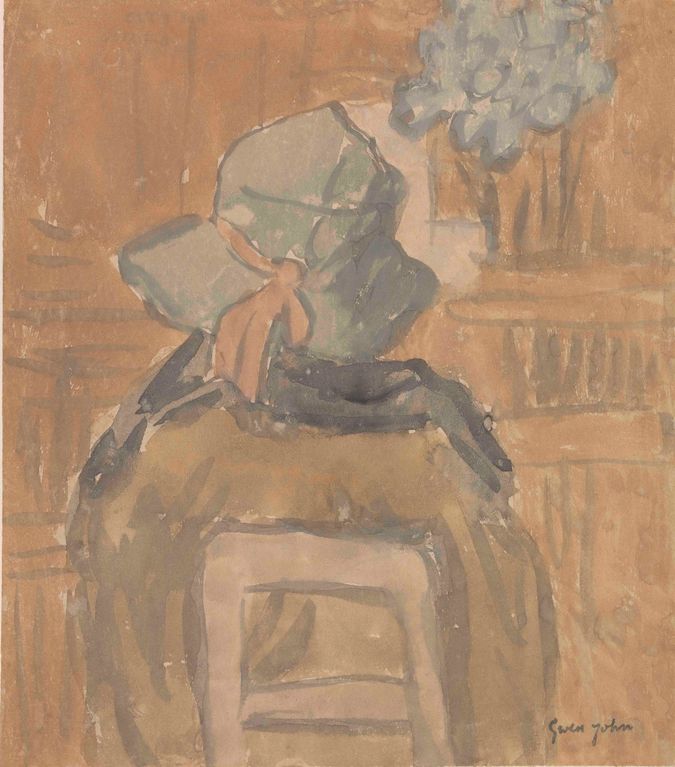 “Girl in Church,” by Gwen John Courtesy of Yale Center for British Art