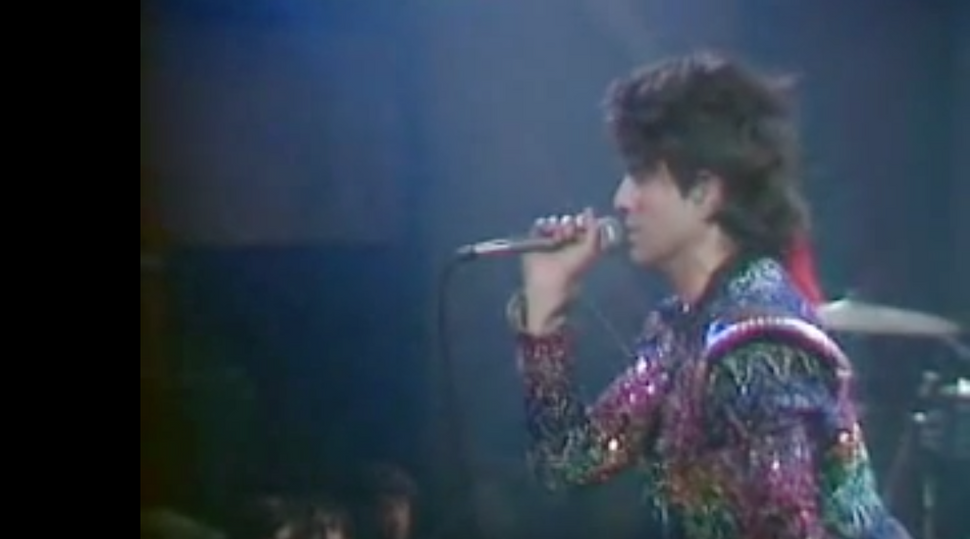 Punk pioneer Alan Vega of Suicide – whose pitch-black, electro-charged minimalism influenced musicians from Bruce Springsteen to U2 to The Arcade Fire – died this weekend at age 78.

“Although they predated both No Wave and punk by several years, Suicide was in many ways the archetype of New York’s collision of art and rock,” wrote Simon Reynolds in his seminal Rip It Up and Start Again: Postpunk 1978-1984 “As infamous as they were infrequent, Suicide’s shows worked as supercolliders in which ideas from minimalism, auto-destructive art, living theater, and pop art clashed.”

In the late 1960s Vega became affiliated with Museum: A Project of the Living Artists, a multimedia gallery, studio and performance loft in Greenwich Village. Already an artist of some notoriety downtown, he experimented with electronic music and made sculptures featuring light bulbs and found materials. Vega and Rev played their first shows at the Museum space, according to Vega’s New York Times obit.

Suicide released five studio albums between 1977 and 2002, as well as several recordings of their famously raucous live shows. Vega was also prolific on his own, releasing three solo records and more than a dozen others with various collaborators, according to Spin.com

Suicide’s “confrontational live performances, light-years before Punk Rock, are the stuff of legend. Their first, self-titled album is one of the single most challenging and noteworthy achievements in American music,” a statement from Vega’s family said yesterday.

As Vega has told it, Suicide’s fury had roots in Jewish trauma. In a 2008 interview with London’s Jewish Chronicle he shocked readers by comparing the aural assault of Suicide at their confrontational ’70s peak to the Holocaust. “When the Jews were shipped off to the concentration camps, to Dachau, Auschwitz or Treblinka, they would arrive and there would be a beautiful station and they looked like quite nice places. But then they’d walk past the nicely painted walls through a door right into hell,” Vega said. “And that’s exactly what Marty and I were doing with Suicide: we were giving them Treblinka. The audience would walk through the door of the venue and they’d be in hell. We were angry and we wanted to wake people up. The Vietnam War was raging, Nixon – who I hated – was in charge and the whole country was collapsing. We were saying: ‘Wake up, man! You’ve got to change this shit!’”

And that they did. “The feeling at their shows was one of unpredictability, an atmosphere of danger and barely controlled chaos,” recalls Andy Schwartz, who published and edited the influential New York Rocker magazine from 1978-1982.

“They were just musically relentless and deeply engaging. You couldn’t take your eyes off of them, because Alan wasn’t taking his eyes off of you,” says Schwartz, who both covered and got to know the duo. “The directness of his gaze, the intensity of his engagement in that moment with audience was really something to witness. What I would compare it to was my first experience of seeing The Doors in the East Village when I was 16. Jim Morrison also presented this kind of walking-on-tightrope performer who could explode at any minute.”

A provocateur until the end, Vega told a Vice interviewer this year that “life is boring… Right now, I just want to get rich”. Despite suffering a stroke in 2012, Vega still painted, sculpted, and played the occasional Suicide show. He’s survived by his wife, Liz, and son Dante, both of Manhattan.