5 Jewish things about the moon 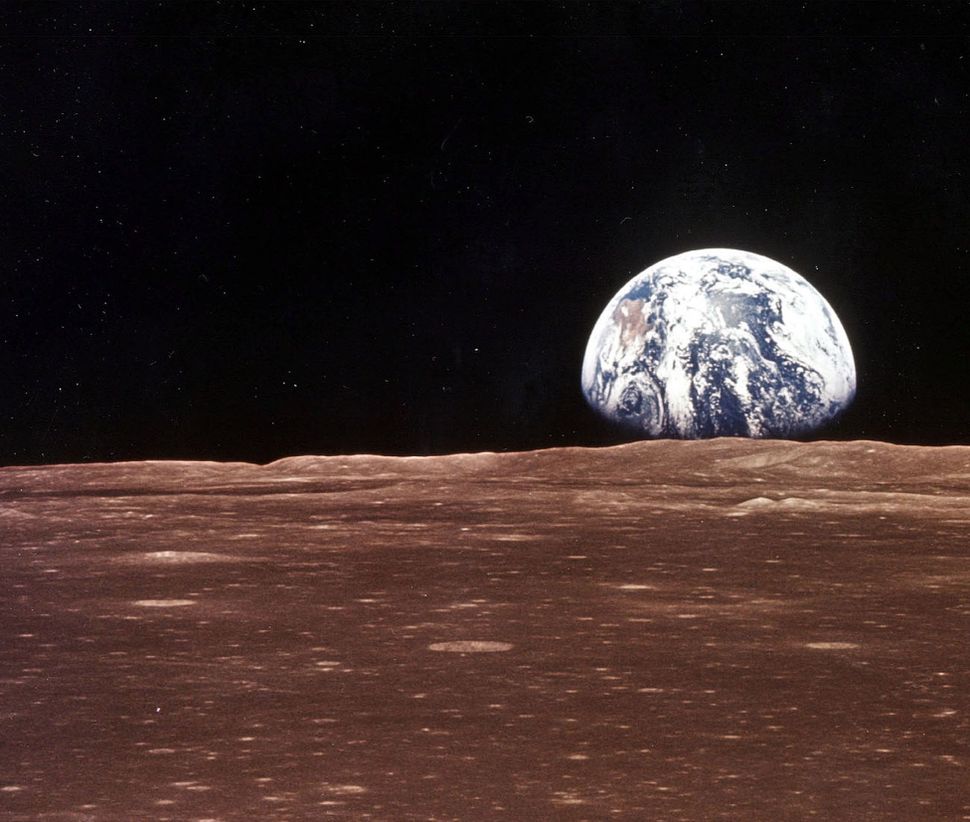 Since 1969 — when Neil Armstrong and Buzz Aldrin became the first people to set foot on the moon — six missions have successfully landed men on the moon, though since 1972 the only human presence on the moon has been the remotely controlled actions of rovers and small orbiting spacecraft. In honor of National Moon Day (which marks the day Armstrong and Aldrin made their historic walk), here are 5 things that make the moon important to Jews.

You may have noticed that Jewish holidays—as well as Muslim holidays—move around the calendar. The reason for outliers like Thanksgivukkah is that Jewish holidays happen on the lunar calendar. It has 12 months like the Gregorian calendar, but it starts around September and days are considered to start at sundown, and not midnight. The reason that Ramadan constantly moves around the Gregorian calendar, while Jewish holidays generally stay in the same Gregorian month, is that every 19 years Jews add a leap-month, called Adar II.

Sanctifying the New Moon was the first commandment given to the Israelites.

While the Israelites were still in Egypt, God commanded them to sanctify the new month, every month. The rabbis took that to mean that every new lunar cycle, a reliable witness must verify the appearance of the “new moon” in the night sky. Nowadays, at the start of every new month, observant Jews add a Rosh Chodesh, or “head of the month,” service to the usual liturgy.

A popular Jewish story about Chelm, the fictional Polish town of Chelm that’s filled with well-meaning fools, tells of the time the people of Chelm tried to capture the moon. On the night of the full moon, they find that the moon has settled into a barrel of water, and quickly fasten the lid on the barrel. Two weeks later, on a dark, cloudy night, they take off the barrel, hoping for some light from the moon. But, alas, the moon has disappeared. The TV show Fraggle Rock, a spin-off of Sesame Street, adapted the story for a 1984 episode called Capture the Moon.

Like many other Christian and pagan Europeans, Jews in the Middle Ages observed folk customs related to the waxing and waning of the moon. It was considered bad luck to engage in activities that ended growth, such as harvesting crops or clipping your nails, on the night of the New Moon. Many Medieval Kabbalists in Israel also fasted in the nights leading up to the New Moon, possibly following a Christian practice.

In Kabbalah, the moon is one of the 10 attributes of God

The moon represents the sephira, or attribute, of malchut, which means kingliness or sovereignty. The symbolism comes from the fact that the moon generates no light of its own, and only reflects it from the sun. The sephira of malchut is the farthest one from what is considered the essence of God in Jewish mysticism, the bottom rung on the Tree of Life. Like the moon, it receives its “light” and spiritual significance from the sephirot above it.

5 Jewish things about the moon