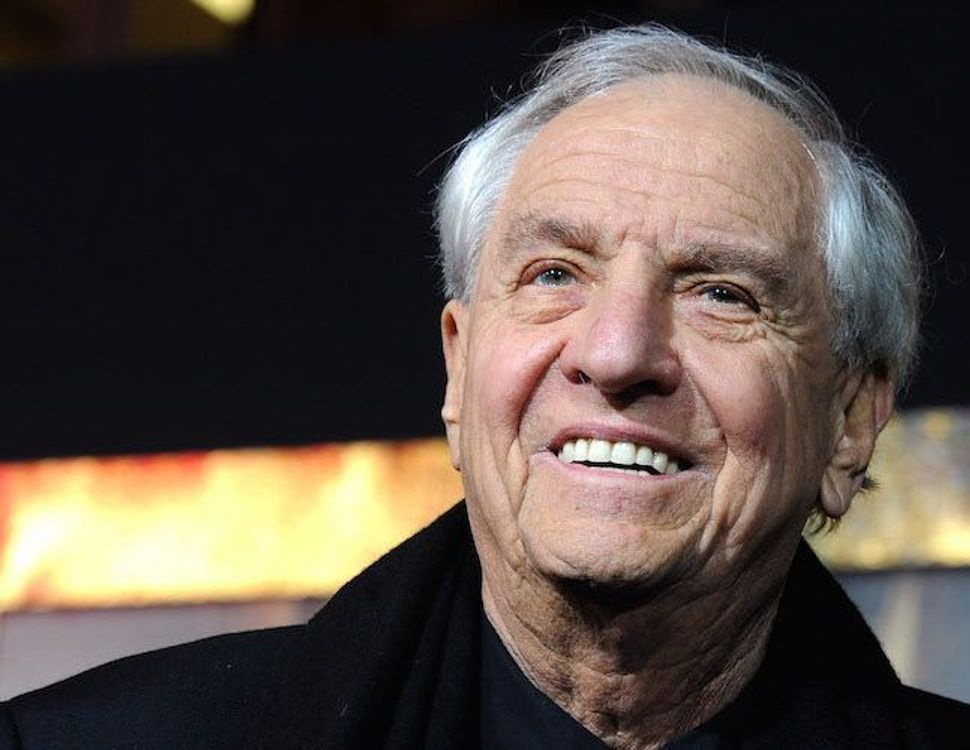 (JTA) — If there were a competition for the most Jewish-seeming non-Jew, the late Garry Marshall would have topped the podium (or sat on the bimah).

The director, writer and actor, who died Tuesday at age 81, was so often mistaken for a Jew that the misconception was mentioned in a number of his obituaries. A son of the Bronx, Marshall and his sister and fellow director Penny Marshall grew up along Moshulu Parkway, a fabled haven for Jewish and Italian families who had climbed one more step up the ladder from their immigrant roots. Neighbors included the future fashion designers Ralph Lauren (né Lifshitz) and Calvin Klein; Klein reportedly took dance lessons at a studio run by Marshall’s mother.

“I’m Italian and part English, but mostly Italian. My father was Italian, but he changed our name to Marshall,” Marshall explained to an interviewer in 2006 (appropriately enough, on the occasion of his appearance as a Jewish grandfather in his son Scott’s feature debut, “Keeping Up with the Steins,” a comedy about a bar mitzvah gone horribly wrong). Marshall also described his upbringing in an essay for the Wall Street Journal:

My family lived in a three-bedroom apartment on the first floor of Argonne Manor, a five-story apartment building on the Grand Concourse in the Bronx. Our building and neighborhood were filled with mostly Jewish and Italian families.

The Jewish kids couldn’t go to Villa Avenue, one block over, without being chased by the Italian kids who lived there. Since I was Italian, I was sent to buy Italian ices. My friends gave me their change and I’d rush back with around 10 cups, including my favorite, grape.

In his 2012 memoir, “My Happy Days in Hollywood,” Marshall recalled another service he performed for Jews — quite literally — this time as a junior counselor at a summer camp:

Although it was a Christian camp, there were some Jewish campers there too. When the staff heard I knew a few Yiddish words, they put me in charge of the Jewish campers. I would take them out to the woods and lead them in weekly services, which I improvised.

As an actor, Marshall was regularly cast as a Jew: the meddling TV executive Stan Lansing in “Murphy Brown,” a Jewish dad in the play “Twilight of the Golds,” the talent agent Ari in the sitcom “Hot in Cleveland.”

But if there is a high point of Marshall’s absorption of a Jewish sensibility, it is the “The Odd Couple,” the ABC sitcom he adapted, with Jerry Belson, from Neil Simon’s hit Broadway play. Like the show, the sitcom makes no mention of the main characters’ ethnicity. Nevertheless, the fussy Felix Unger and the messy Oscar Madison usually play as distinct Jewish types — the neurotic aesthete and the earthy bulvan — especially when embodied by two Jewish actors, Tony Randall and Jack Klugman.

That Marshall was mistaken for a Jew — and could easily slip into Jewish characters — might actually be taken as proof that there is no such thing as a “Jewish” type. Perhaps what we call “Jewish” is really “New York” or “urban white ethnic” — more a matter of accent and attitude than anything having to do with religion or ethnicity.

For anyone who grew up in the New York metropolitan area, even as late as the 1970s, the mutualism of Jews and Italians is a familiar story. One Long Island suburb, Massapequa, even earned the nickname Matzah-pizza in tribute to its mixed population. Growing up a few towns away, I used to joke that the only difference between the Jewish and Italian families were the colors of the father’s shirt collar: white for the Jews, blue for the Italians. And the plumbers and electricians probably made more money than the teachers and salarymen.

Decade after decade, Garry Marshall created shows and films that scratched an itch for laugh-filled and sentimental — if never ground-breaking — entertainment: “Happy Days” and “Laverne and Shirley” and “Mork and Mindy” for television, “Pretty Woman” and “The Princess Diaries” for the big screen. (Actually, I could have done without “Pretty Woman” and its queasy glorification of what today is known as sex trafficking.) To this day, I quote “The Odd Couple” at least once a week.

But if there is something I’ll always remember Garry Marshall for, it’s his role as the casino owner in “Lost in America,” Albert Brooks’ brilliant 1985 satire about the rise and fall of a quintessential Reagan-era yuppie. In a scene almost musical in its comic rhythms, Brooks’ character proposes that Marshall return the money that Brooks’ wife has just blown on an impulsive bet. “You’re a nice guy, you make me laugh,” replies Marshall, with a smile and more than a hint of menace. ”But our policy is: we can’t give your money back.”

Just two actors, a Jew and an Italian — an odd couple who work beautifully together.