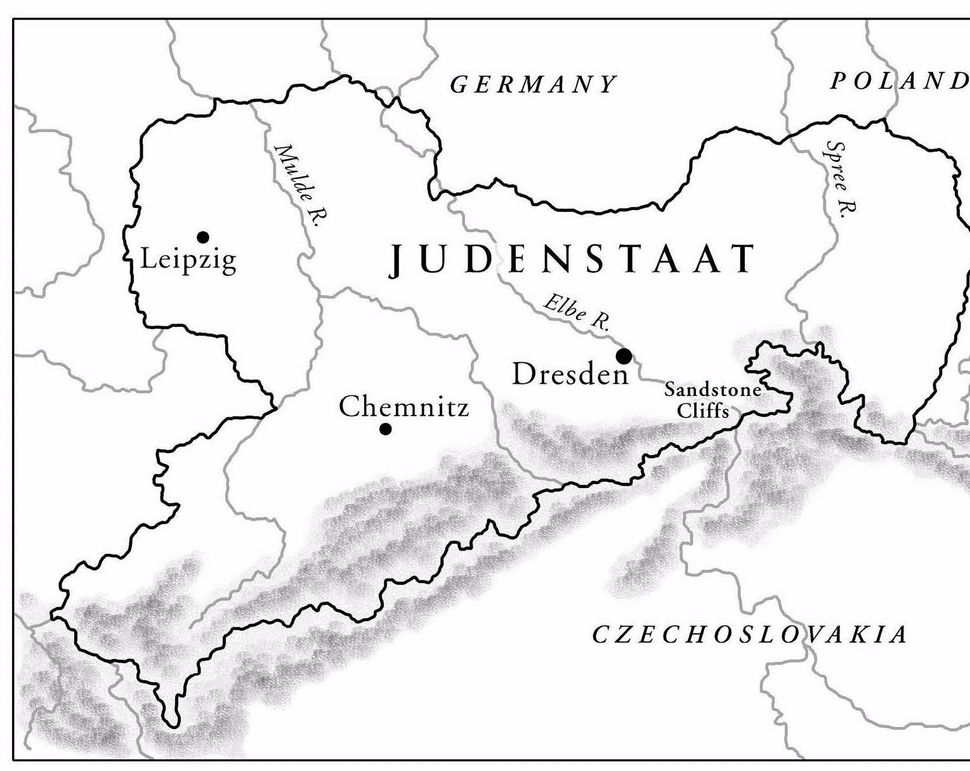 Counterfactual history has never been more popular in American culture. The success of Amazon Prime’s recent hit series “The Man in the High Castle” (based on Philip K. Dick’s famous novel about the Nazis winning World War II) and the Hulu series “11.22.63” (based on Stephen King’s best-selling novel about John F. Kennedy not being assassinated) vividly illustrates how a historical “What if?” grips the popular imagination.

Among the topics that have garnered recent attention, one of the more intriguing involves the possibility that a Jewish state might not have taken shape in Israel. Adam Rovner’s recent historical study, “In the Shadow of Zion,” showed how Jews could have established a state in Angola, Suriname and Madagascar. Michael Chabon’s novel “The Yiddish Policemen’s Union,” imagined a Jewish territorial home being established in 1940 in Alaska. And historian Walter Laqueur’s essay “Disraelia” speculated that a Jewish polity might have emerged a century earlier in history — in 1848 — in the form of a Jewish-Arab-Kurdish federation ruled from the joint capitals of Mosul and Tel Aviv. These scenarios have sparked controversy by being expressed not as a past possibility but rather as a future one. Israeli artist Yael Bartana’s film trilogy, “And Europe Will Be Stunned,” made headlines for provocatively exploring the possibility of Jews returning to Poland, while anti-Zionists such as Mahmoud Ahmedinejad and Helen Thomas sparked outrage around the same time by calling for Israel’s Jews to “return to their homelands” in Central and Eastern Europe.

This frenzy of speculation provides the larger context for understanding the significance of Simone Zelitch’s absorbing new novel, “Judenstaat.” The novel’s premise is startlingly original. Rather than being established in British-ruled Palestine, the Jewish state is established in 1948 in the former German state of Saxony — then part of the Soviet zone of occupation. The notion of a Jewish state being established after the Holocaust in the land of the perpetrators is counterintuitive in the extreme. And so it is to Zelitch’s credit that she does not allow readers much time to question its plausibility. Instead, she effectively sweeps up readers into a historical murder mystery involving an array of well-developed characters pursuing competing agendas in a world that is both strange and familiar. 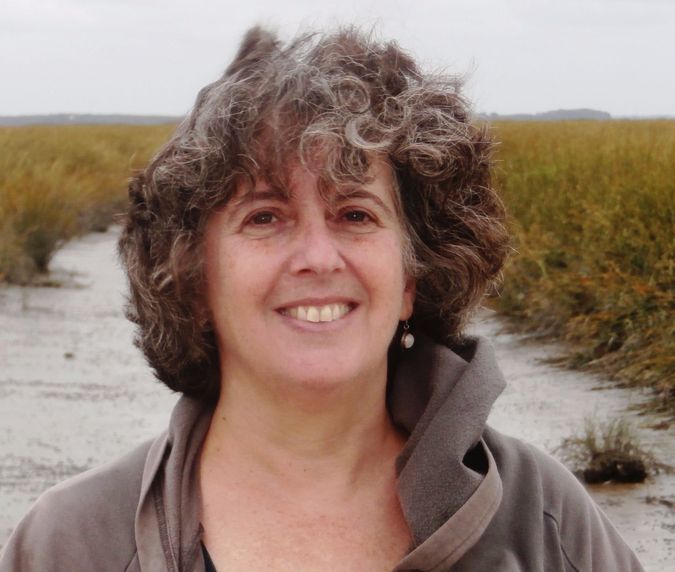 Set in the late 1980s, the novel focuses on the struggles of its protagonist, Judit Klemmer (née Ginsburg), to come to grips with her country’s past while simultaneously dealing with personal tragedy. An employee of Judenstaat’s National Museum, in Dresden, Klemmer has been tasked with producing a documentary film for the 40th anniversary of the state’s founding. At the same time, she continues to cope with the emotional trauma of her husband Hans Klemmer’s murder four years earlier.

Zelitch deftly weaves the personal and political, taking her time in revealing the tragic ways in which the fates of Judenstaat’s Jewish citizens are intertwined with those of their Saxon neighbors. Judenstaat, as portrayed in the novel, is highly divided. Politically, the state is split between nationalistic Bundists, led by the Munich-born Leopold Stein, and more universalistically oriented “cosmopolitans,” led by the (now-exiled) Stephen Weiss. Socially, there are deep religious splits between secular Jews and Hasidim as well as between proponents of the German and Yiddish languages. And there are deep divisions between Jews and Saxons. Although the latter are mostly expelled into Germany at the end of World War II, some continue to live in Judenstaat, one of the more important — prior to his murder — being Klemmer’s husband, Hans.

Klemmer is a loyal Bundist and largely accepts the regime’s official version of the state’s history. But the loss of her husband and the occurrence of several mysterious encounters early in the novel prompt her to critically examine Judenstaat’s founding myths and uncover unsettling truths.

Without divulging major spoilers, these truths generally involve the morally questionable relationship between Judenstaat’s founding father, Stein, and the Soviet Union — a relationship that places the Jewish state in the service of the Communist Bloc for the next 40 years and leads it to undertake questionable policies, such as sending troops to help crush the “fascist-led” Prague Spring in 1968. As the novel unfolds, Klemmer finds increasingly disturbing evidence of Judenstaat’s morally flawed foundation and debates whether to bring it to the public’s attention by incorporating it into her documentary. This is an especially vexing decision, due to the fact that her country in the late 1980s is pursuing a more open relationship to the world under the reformist Prime Minister Sokolov, who is working with the Soviet premier, Mikhail Gorbachev, on behalf of Glasnost. Klemmer’s ultimate decision provides the novel with its dramatic climax and its satisfyingly ambiguous conclusion.

“Judenstaat” can profitably be read at face value as a tale about Germans and Jews after the Holocaust, but at a deeper level it is an allegory about the current relationship between Israeli Jews and Palestinians.

Throughout the novel, readers can easily substitute Palestinians for Saxons and interpret the counterfactual experiences of the latter as symbolizing the real historical experiences of the former. At times, the interchangeability is explicit, as when Klemmer recalls a graduate school debate on the respective merits of “the Jewish Narrative” and “the Saxon Narrative” about the demolition of Saxon homes to make way for archaeological excavations seeking Jewish artifacts to bolster claims to an Ashkenazic presence in Saxony. In the process, “Judenstaat” engages in the ongoing debate between Zionists and post-Zionists about how to regard Israeli history and memory.

Readers may disagree about whether the narrative reflects a counterfactual indictment or defense of Israeli history. On the one hand, much of the novel reads as a thinly veiled critique of present-day Israeli policy. For example, Judenstaat erects a “protective rampart” surrounding the country in the 1950s to protect it from Saxon infiltrators, just as the Israeli government erected a “security fence” to fend off Palestinian attackers. Judenstaat is further portrayed as an internationally isolated state with a powerful security apparatus (known as the “Stasi”) that has embraced nationalism over universalism. On the other hand, by portraying a European-based Jewish state in critical terms, the novel rejects present-day claims that Jews would be better off in Europe than in the Middle East. “Judenstaat” suggests that the creation of a Jewish state was bound to displace another group wherever it was established.

“Judenstaat” is cleverly plotted. The book imaginatively conveys its story not merely through prose, but also through found documents, descriptions of film clips and transcribed audio snippets. Zelitch is to be particularly commended for avoiding the interminable exposition that is the bane of so many works of alternate history.

At the same time, however, this important virtue of the novel is also its chief liability. Zelitch is overly parsimonious in establishing the plausibility of her novel’s core counterfactual premise. By neglecting to explain how, for instance, the Soviet Union is able to bring about the creation of a Jewish state in Saxony after 1945, she dilutes some of her tale’s believability. The same is true of her failure to explain why the “experiment” that England and the Zionist movement pursued in Palestine met with failure. Finally, some readers may question the likelihood of a Bundist-run state being founded by a secular German Jew in postwar Germany (Bundism having been largely an Eastern European phenomenon).

Had Zelitch wrestled more directly with these important issues, “Judenstaat” would be a stronger work of alternate history. Yet it remains an engrossing tale. Readers willing to suspend their disbelief about the origins of Zelitch’s alternate world will appreciate the provocative questions “Judenstaat” raises about the world of today.

Gavriel Rosenfeld’s new edited book, “What Ifs of Jewish History: From Abraham to Zionism,” will be published in September by Cambridge University Press.