The Secret Jewish History of Lollapalooza 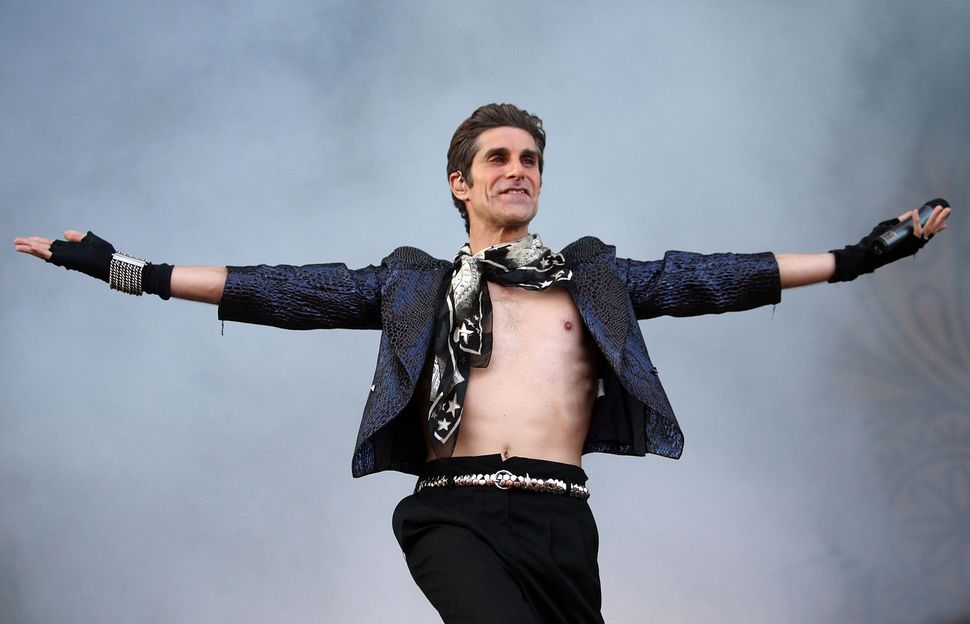 In the league of “be careful what you wish for,” near the top must rank the Lollapalooza Festival, originally conceived by cofounder Perry Farrell in 1991 as the farewell tour for his band, Jane’s Addiction. Farrell signed on some of his favorite bands for a six-week traveling festival, with a diverse musical lineup including Living Colour, Siouxsie and the Banshees, the Rollins Band, Nine Inch Nails, the Butthole Surfers, and Ice-T. The tour was intended to bring the curtain down on Jane’s Addiction at the height of the band’s popularity, before internal dissension would inevitably tear the group apart.

This weekend, a quarter of a century later, the Lollapalooza Festival celebrates its unintended, accidental, 25th anniversary with four days of non-stop music and fun at Grant Park in Chicago. Farrell will once again take the stage, this time performing with Jane’s Addiction for the first time in seven years.

So much for a farewell.

Lollapalooza can be seen as a victim of its own success, as too much of a good thing, or more probably, simply a good idea that refused to die. Even when it had seemingly run its course after 1997, it rose from the dead in 2003, and it now has a contract with the city of Chicago to run at least through 2018.

The original Lollapalooza was the brainchild of Perry Farrell, aka DJ Peretz, born Peretz Bernstein in Queens, N.Y., and the New Jersey-born talent agent Marc Geiger, the son of a Holocaust survivor. The two saw the festival as a celebration of both Farrell’s band and of the emerging genre of “alternative rock,” which the festival itself helped come to define in ensuing years as a hodgepodge of latter-day punk, grunge, metal, hardcore, rap, and indie-rock artists.

“I knew there was a whole congregation of young people that were listening to records not being produced by the majors or rewarded on the Grammys, and for the first Lollapalooza I was putting together a show that was my record collection and my friends’ record collections,” Farrell, a self-described follower of Kabbalah, recently told the Chicago Tribune.

Over the course of time, the festival has grown from about a half-dozen acts on one stage to this weekend’s four-day lineup featuring 170-plus acts dispersed among eight stages, expected to draw about 100,000 fans each day to Grant Park to see the likes of North Carolina rapper J. Cole, English art-rock group Radiohead, electronic artists LCD Soundsystem, and the Red Hot Chili Peppers, who emerged from the same Los Angeles scene as Jane’s Addiction. 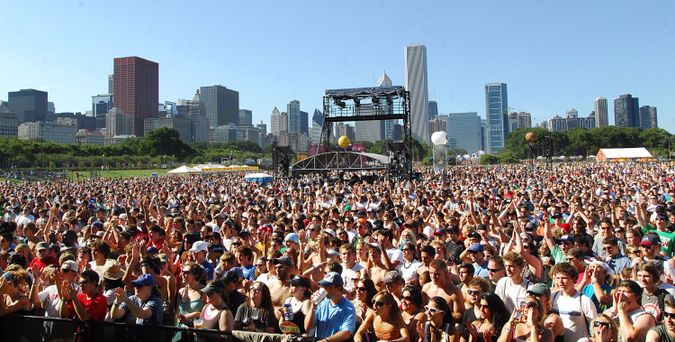 Road Show: Once a traveling music fest, Lollapalooza is now based in Chicago. Image by Getty Images

At its height, the traveling festival was a major event on the summer-shed circuit, providing a model for similar theme-oriented tours like Warped, H.O.R.D.E., Ozzfest, and even LilithFair, which was a kind of estrogen-fueled response to the testosterone-infused music that prevailed at Lollapalooza and its offshoots.

In addition to Farrell’s Jane’s Addiction, this year’s lineup boasts Haim, a Los Angeles-based group fronted by three sisters whose Israeli-born father was a soccer player and drummer, and whose early gigs were, like the Wallflowers before them, at the famed Canter’s Jewish deli in the Fairfax district of L.A. (Fortunately, the sisters decided not to stick with their original name, the Bagel Bitches.)

Audiences weren’t always so welcoming to the diversity of artists on the Lollapalooza stage. In one of the early years, at a North Carolina concert, rapper Ice-T and Farrell were performing a version of Sly and the Family Stone’s “Don’t Call Me Nigger, Whitey.” As Richard Patrick, guitarist for industrial-rock group Nine Inch Nails recalled to SPIN Magazine, “This scary neo-Nazi skinhead was screaming and crowd-surfing. And Perry said, ‘Hey, man, I’m a Jew, you wanna say something to me? This is Lollapalooza, we’re gonna let everybody talk here.’” Farrell allegedly threw the guy the microphone, which quickly shut him up, thus bringing a peaceful conclusion to the showdown.

Lollapalooza ended its touring days in the U.S. in 2005, and is now a permanent fixture in Chicago. In 2010, however, the mass gathering got itchy feet and hit the road again, beginning annual treks abroad. Earlier this year, Lollapalooza (Farrell heard the word used by the Jewish comedy trio, the Three Stooges) made a run through South America featuring Eminem, Florence + the Machine, Jack Ü and Mumford & Sons, and the tour heads to Berlin in September.

Lollapalooza almost made it to Israel in 2012, when it was scheduled to play Hayarkon Park in Tel Aviv, but the concert wound up being called off. The cancellation has variously been blamed on unrealistic financial expectations, production difficulties, and pressure on artists not to perform in Israel.

That hasn’t stopped Farrell and Jane’s Addiction, who have played Israel alongside electropop star Moby. Farrell also participated in a “Stand with Israel” party held at 7 World Trade Center, just outside Ground Zero in Manhattan. Farrell, who sings a song called “Shekina” on his solo album, “Song Yet to Be Sung,” also performed at Purimpalooza, an annual Jewish music festival in San Francisco, in 1999 and 2006.

And so this weekend, once again many thousands will gather to hear Farrell and friends deliver their testimony from the mountaintop … er, the stage of Lollapalooza. And maybe someday, they just might make it to the Promised Land.

Seth Rogovoy is a contributing editor to the Forward. He was recently honored by the American Jewish Press Association with a Simon Rockower Award for “Excellence in Arts and Criticism.”

The Secret Jewish History of Lollapalooza