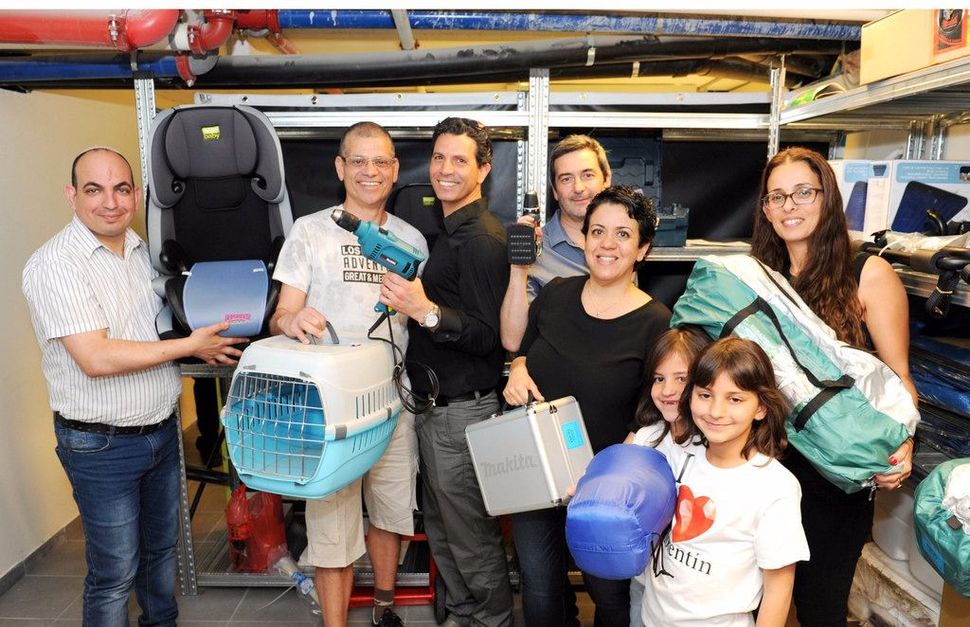 Talya Galam had a problem familiar to many in Tel Aviv: she wanted to have people over but had nowhere to seat them. Her cramped apartment in South Tel Aviv’s Yad Eliyahu neighborhood was too small for a regular dining table.

So Galam bought a folding table. But by solving one problem, she created another one. After her dinner party ended, the folding table became an unwanted permanent guest. The only place to store it was on top of the washing machine, and she had to take it down to do laundry.

If only she could borrow a table when she needed it, Galam thought, and then get rid of it when she was done.

Galam’s quotidian woe became the inspiration for Tel v Kach, otherwise known as the Community Library of Stuff. Located in South Tel Aviv’s Florentin neighborhood, it is the first lending center of its kind in the city known for its tiny overpriced apartments where nothing fits.

“If someone comes to my house and brings me a gift it’s like a nightmare,” said Galam, to underscore the point. “What am I going to do with that?” 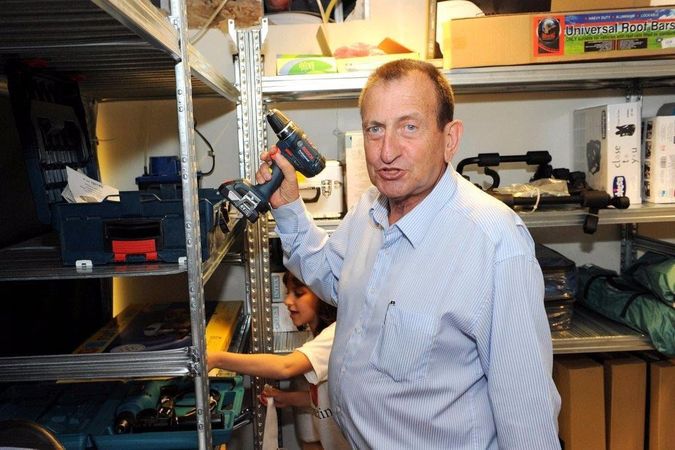 In order to borrow from Tel v Kach, one must be a Tel Aviv resident. Customers may reserve items online with a 10 shekel (about $2.60) non-refundable deposit. They have to return the items after one week.

Tel v Kach is a play on the Hebrew phrase “ten v kach,” or “give and take,” with “Tel” for Tel Aviv. Galam, along with co-founders Irit Zohar Itzhak and Fafi Landau, developed the idea at a Tel Aviv municipality innovation workshop. Billed as an official project of the Tel Aviv municipality, Tel v Kach won a 45,000 shekel grant from the city (about $12,000) to buy the goods. The lending center is of a piece with the Tel Aviv municipality’s plans to encourage a sharing economy in the city, such Tel-O-Fun, the public bike rental program.

In a way, Tel v Kach is secular Tel Aviv’s answer to the ultra-Orthodox charitable centers found all over Israel, and particularly in Jerusalem. The so-called g’machim — short for gimilut chesed, the Hebrew term for “acts of kindness” — rent and lend out household items for needy Jews. There are g’machim for baby carriages, furniture, wedding dresses and even wigs.

Galam visited the headquarters of Yad Sarah, a large Jewish charity known for providing medical equipment for the disabled, for inspiration.

On a hot July afternoon, there were no customers in Tel v Kach. Only two to four people come per day, said Galam. But more and more people are learning about it, she added, many through word of mouth and others because of a recent feature on Israel’s Channel 2 TV station.

As for Galam, she resolved her folding table conundrum by storing the table at her sister’s more spacious apartment down the block. Now whenever Galam hosts a dinner party, she sends her husband to bring it back home.