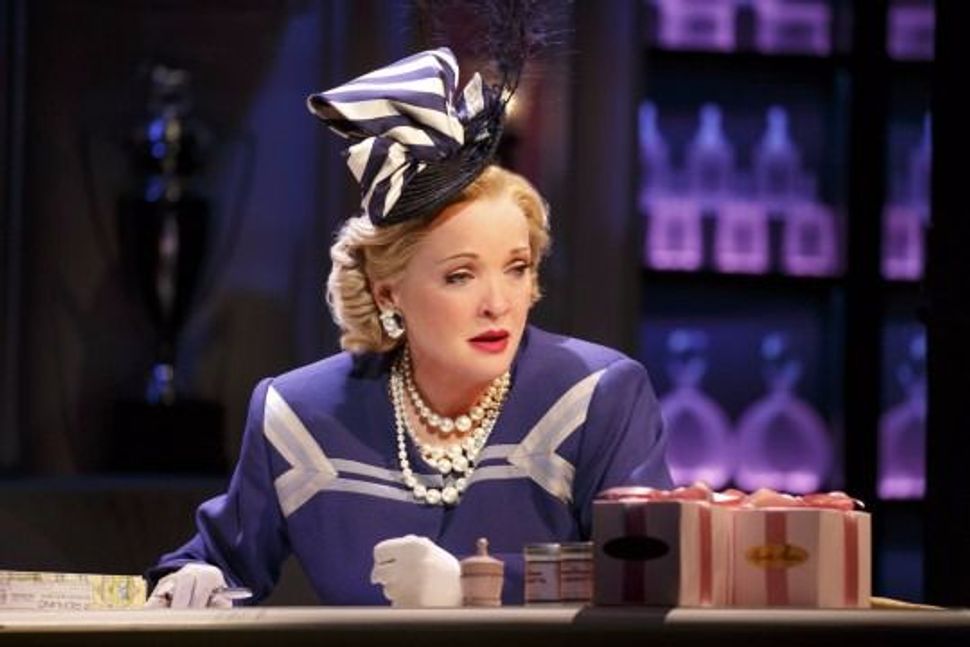 For decades, the two great 20th-century titans of cosmetics, Elizabeth Arden and Helena Rubinstein, feuded, competing for beauty hegemony and celebrity, expressing mutual disdain, and purloining each other’s ideas and employees. At one point, Rubinstein even hired Arden’s ex-husband Tommy Lewis, both a charming philanderer and a gifted salesman. But what if, for all their differences, these two lonely, powerful, dueling women had recognized how much they had in common?

This is the fictional conceit that animates “War Paint,” a world-premiere musical debuting at Chicago’s Goodman Theatre, running through August 21, and starring two Tony Award-winning titans of the stage. In its current incarnation, the show, directed by Michael Greif (“Rent,” “Next to Normal,” “Grey Gardens”), is uneven and ultimately unsatisfying, but gorgeously designed and infrequently dull.

“War Paint” is buoyed by the charisma of Patti LuPone, who plays Rubinstein with a comic verve that stops just short of caricature. Her Rubinstein, born into an orthodox Jewish family in Krakow, Poland, boasts a sometimes impenetrable Eastern European accent. But she manages to brand herself as a beauty scientist (“the Marie Curie of mascara”) and becomes a collector and model for the world’s leading modernist artists. “There are no ugly women,” she declares. “Only lazy ones.” LuPone is matched by Christine Ebersole, portraying the somewhat more decorous Elizabeth Arden, known for her high-end packaging, upscale appeal and red-door salons. A Canadian farmer’s daughter with Social Register aspirations and a devotion to horses, Arden, like Rubinstein, could be imperious and stubborn to a fault. Ebersole’s Arden bares her soul in one of the show’s dramatic peaks, “Pink,” a song expressing her ambivalence about the color that defined her. 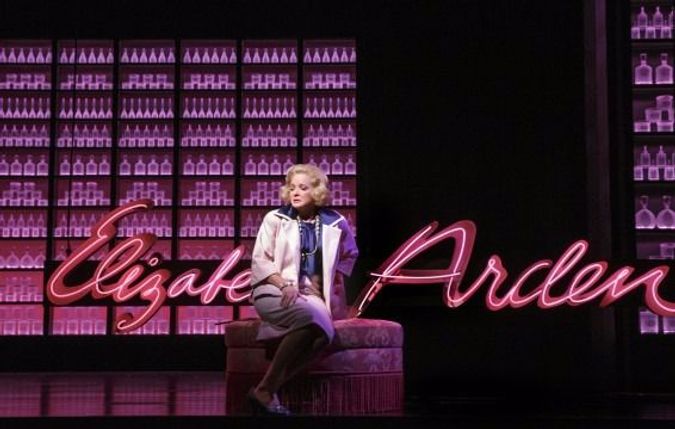 Tony Award and Pulitzer Prize-winning playwright Doug Wright (“I Am My Own Wife,” “Grey Gardens”), along with composer Scott Frankel and lyricist Michael Korie (who also collaborated on “Grey Gardens”), drew their inspiration from Lindy Woodhead’s dual biography, “War Paint” (2003), and Ann Carol Grossman and Arnie Reisman’s 2007 documentary “The Powder and the Glory.”

Woodhead’s title plays on both a popular metaphor for makeup and the two women’s battles for supremacy. In the musical, it also cleverly serves as the name of a song depicting their adaptations to World War II, from the substitution of synthetics to the introduction of an Elizabeth Arden lipstick dubbed “Montezuma Red” and Helena Rubinstein’s “Camouflage Concealer.” To read Woodhead’s deeply researched but rambling book is to appreciate the craft with which Wright, Frankel and Korie have at once distilled and elaborated the story of these two distinct personalities. Beyond delineating their feud, the musical, which runs from the late 1930s to early 1960s, covers their evolution from skin-care specialists to creators of competing cosmetics lines, their struggles with federal regulators, their personal travails, and their slowness to recognize the power of television and more downscale – and younger — consumers.

This short-sightedness helped fuel the rise of mass-market competitors such as the “lean, hungry” Charles Revson (a menacing Erik Liberman), who began Revlon with an array of nail polish. The second-act number “Fire and Ice,” featuring red-caped Revlon models in shimmering silver gowns and Christopher Gattelli’s choreography, supplies a rare instance of sizzle. Another highlight is the duet “Dinosaurs,” in which Lewis (the magnetic John Dossett) and Harry Fleming (Douglas Sills), a gay marketing guru who also has worked for both women, team up for a combination buddy song and comedic valedictory.

So what’s missing? At times, despite the women’s large personalities and unusual success stories, it seems that the stakes are simply too low. “War Paint” gestures at some larger themes – from the impacts of anti-Semitism and social snobbery to the perils of being women in a man’s world and the complicated legacy of the cosmetics industry — but fails to develop them sufficiently. Only near the end, in a song lyric, does it explicitly raise the vexed question of whether makeup has helped to enslave – or to liberate – women. 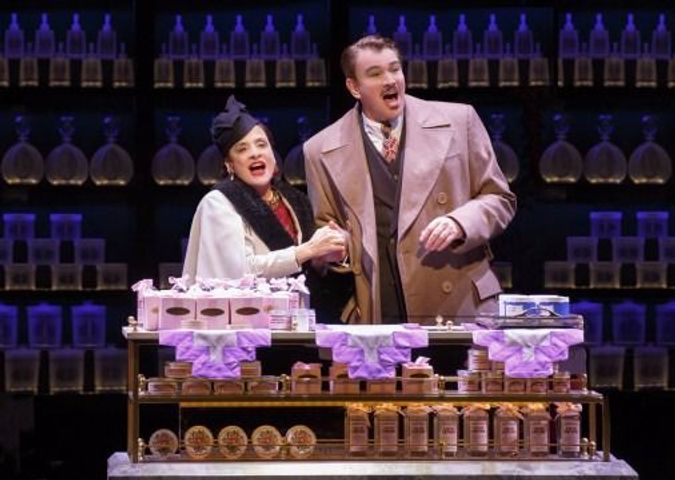 The musical begins, too slowly, with several expository scenes. Among them is Rubinstein’s solo arrival in the United States, after having made her start in Europe and Australia. Her first husband, Edward Titus, who alternately obsessed and disgusted her, merits only passing mention and never appears on stage. Rubinstein’s affable and much-younger second husband, the inspiration for a line of products marketed to men, is omitted entirely.

“War Paint” does make some hay of Arden’s interestingly embattled relationship with Lewis, detailed in the song “A Working Marriage.” But it skips over her brief and heart-breaking second marriage.

In some ways, “War Paint” borrows, perhaps unwittingly, from an unlikely source: Friedrich Schiller’s classic 19th-century verse play “Mary Stuart,” about the rivalry between Queen Elizabeth I of England and her cousin Mary Stuart, queen of Scotland and an aspirant to the English throne.

Schiller famously invented a secret meeting between the two monarchs that never occurred. According to Woodhead, however improbable it seems, Rubinstein and Arden also never met. The musical, describing them as locked in a “malevolent tango,” pairs them repeatedly in duets that are set in their separate salons and offices. The first-act finale, “Face to Face,” expresses their longing for a rapprochement, “queen to queen,” that will be realized only in their dotage.

While the book of “War Paint” needs some deepening and fine-tuning before a possible Broadway run, the show’s design is already polished. David Korins’s minimalistic salon set, with its backdrop of cosmetics bottles, is exquisitely lit by Kenneth Posner. And Catherine Zuber’s exuberant costumes – elegant beaded gowns for Arden and colorful, gypsy-like, jewel-bedecked ensembles for Rubinstein – help both to define the two moguls and evoke the shared luxury in which they lived.

Julia M. Klein, a cultural reporter and critic in Philadelphia, is a contributing editor at Columbia Journalism Review and a contributing book critic for the Forward. Follow her on Twitter, @JuliaMKlein.