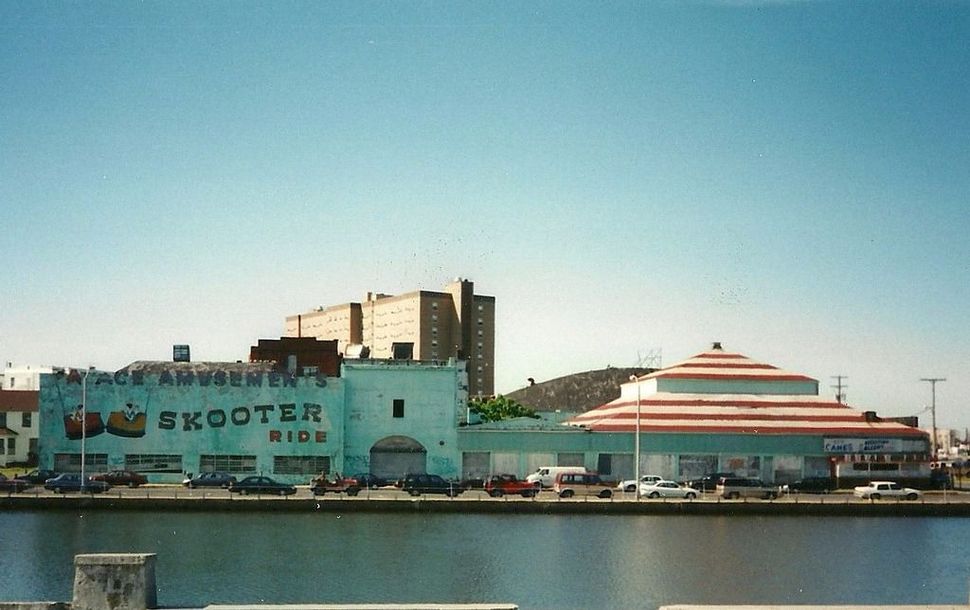 On the mantelpiece of the Jersey Shore summer home of my dear longtime friends, Phyllis and Stanley Getzler, sits a small stone sculpture, its rough surface punctuated by streaks of black, white and a mustardy shade of yellow. When I first laid eyes on it, I assumed it was a contemporary artwork, one of many that occupy the space and delight the eye. Boy, was I off base. As I soon discovered, much to my chagrin, this was no objet d’art, but a humble cinder block, a remnant of Palace Amusements of Asbury Park, New Jersey. For over 100 years, until its demolition in 2004, the amusement park’s mobile attractions — a carousel, a Ferris wheel, bumper cars and swan boats — enabled the seaside destination to live up to its reputation as the “town without a frown.”

Long before Bruce Springsteen transformed Asbury Park into something to sing about as well as a household word (or two) emblazoned on a T-shirt, this Jersey Shore community made waves among the leisured class as the “finest resort in America.” A decorous alternative to the honkytonk of Coney Island, it first took hold in the late 19th century, drawing a well-heeled and restrained clientele well into the 1920s. Asbury Park’s imposing hotels, stately “boardwalk promenade,” and profusion of churches kept things at a low boil, as did the presence of Ocean Grove, a Methodist summer colony where alcohol was outlawed, along with other popular forms of distraction.

Alcohol was not the only thing in short supply. If the Asbury Park Chamber of Commerce had its way, there would not have been too many Jews, either. In a 1915 publication touting the virtues of the place where the “country meets the sea,” it carefully listed those features that rendered Asbury Park distinctive. Some had to do with the health-giving properties of the area. Asbury Park, its leading citizens proudly declared, was “absolutely free of mosquitos,” possessed the “cleanest and safest bathing beaches” and was “cooler in summer than Atlantic City.” Its other celebrated features were somewhat less anodyne: The town, we are told, was a “community of refined citizenship” with an “excellent YMCA.” What’s more, it boasted “many very high-class ‘Movie’ palaces” and, more enticingly still, “$500,000 worth of churches.”

You did not need the acumen of a Sherlock Holmes to unlock this code. Without saying so in as many words, the Asbury Park Chamber of Commerce made it clear that the Jews as a group, especially those of Eastern European origin, were not welcome. By then, on the eve of World War I, it was too late: Metropolitan-area Jews had long ago discovered the pleasures of the Jersey coast — of Elberon, Long Branch and Bradley Beach—whose Hotel La Reine proudly advertised its “excellence” within the pages of The American Hebrew as early as 1912. Come the summer, that weekly Jewish newspaper also made a point of highlighting the coming and goings of the Morgenthaus, the Haases and the Wolfsohns in a weekly column called “Society and Its Doings: On the Jersey Shore.” It was only a matter of time before a “mighty host of summer sojourners” with an entirely different set of names — and pedigree — would relish the mosquito-free delights of Asbury Park. 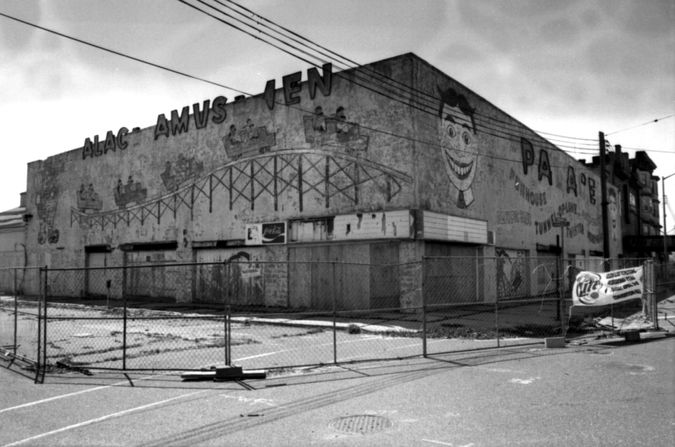 American Jews did not just stroll its boardwalk or frequent its restaurants; they were also embedded within the local economy, where they worked behind the scenes as hotel proprietors and managers, maître d’s and vendors, as well as the owners and operators of arcades and boardwalk concessions. Between 1938 and 1971, Palace Amusements, for example, was co-owned and managed by Zimel Resnick, a stalwart Zionist and Jewish communal activist who, according to family members, was “president of everything.” Determined to keep his fun house popular even as the notion of what constituted a-thrill-a-minute underwent a sea change, Resnick expanded its offerings by catering to what, in postwar America, was a brand-new demographic: teenagers. “Fun for All,” Palace Amusements proclaimed as it added bumper cars, pinball machines and a tunnel of love to its repertoire.

Meanwhile, several miles away, in Manasquan, Resnick’s brother, Joseph, ran the Manasquan Beach Casino for over 20 years. Off-season he was the president of Congregation Agudath Achim, in Bradley Beach. During the season, from the end of May until Labor Day, he rented out beach chairs, umbrellas and floating rafts, let out apartments on the boardwalk to Irish families from Newark and the Oranges, sold ice cream cones and other soda fountain treats, and encouraged passersby on the boardwalk to purchase pails and shovels marked with the words “Manasquan, New Jersey” as a memento of their days in the sun.

Between the two siblings and, I suspect, a goodly number of their co-religionists resides a fascinating, if little known, aspect of American Jewish history: summer fun. So much of what once defined America’s beach culture was made possible and promoted by the Jews — and committed Jews, at that. Running a summer concession was at once a business opportunity, a way to make a decent living, and an immersive exercise in integration. Musing about the relationship between America’s Jews and the Jersey Shore brings me back, full circle, like Asbury Park’s spinning Ferris wheel, to the cinder block from Palace Amusements. For Zimel Resnick, you see, was Phyllis’s uncle, and Joseph Resnick her beloved father. Little wonder, then, that a chunk of a building takes pride of place on the mantelpiece. It is, quite literally, a piece of family history.