My Life Among The Trolls 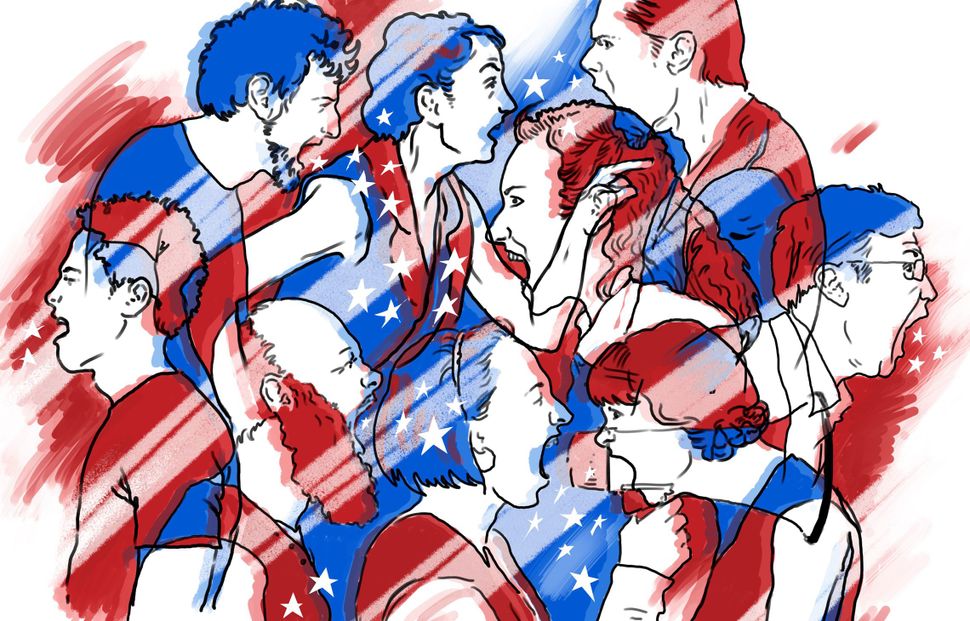 In case you haven’t noticed, we live in a pretty vicious country these days, and by that, I don’t mean the obvious instances of intolerance-cum-violence against African Americans or Muslims or the LGBT community. I mean the everyday little nettles and barbs with which nearly all of us are inundated. Meanness in America is a contagion. It invades every corner of our lives. It spreads from playground bullies to office gossips to the internet, which is a veritable haven of hatred, to comment skeins, which bubble with vitriol, to social media, where users seem to find glee in cruel nitpicking, to politics, where a major party candidate is a serial name-caller. No one is immune. Taylor Swift, that seemingly impervious rock icon and voice of her generation, even called out detractors — first in “Mean” (“I’ll be big enough so you can’t hit me / And all you’re ever gonna be is mean”) and then again in “Shake It Off,” where she sighed in resignation that the “haters gonna hate, hate, hate, hate, hate.”

Boy, do they. Ours is a troll culture, referencing the moniker attached to people who join comment streams and forums with the sole intention to incite, disrupt and hurt. And Jews have been especially targeted — by anti-Semites online. White supremacists have even deployed parenthesis around the names of Jewish writers to denote them as Jews.

Hate in America is obviously nothing new, though the abundance, acceptance and support of it by a presidential candidate may be. Maybe haters simply repressed the meanness lurking beneath the surface because meanness hasn’t been in fashion. Maybe they didn’t repress it so much because they didn’t have channels to express it the way they do now. And then again, maybe meanness is just part of the human condition, and you can’t keep a bad man down.

We are, after all, pretty wretched creatures, full of envy, anger and resentment. Vengeance may be the Lord’s, but there is an awful lot of vengeance in most of us, too. The forces of modernity have liberated us in so many ways. Perhaps haters have learned to liberate their inner meanness, too. One study found that those who called trolling their favorite internet activity scored high on scales of narcissism, Machiavellianism, psychopathy and sadism — the so-called “Dark Tetrad” of psychology. “What kind of person could be so vile?” an article in MIT Technology Review asked. Well, that kind of person.

But having said all that, I don’t think troll culture is the product of a festering, ontological anger that has been waiting eons to erupt. Though trolling is an international phenomenon, I think in America it has multiplied out of some profound changes in our national psyche that were generated by new social configurations over the past few decades. Whatever divisions had roiled this country previously — and there were some pretty significant ones — they had been counteracted to some degree by a sense of shared national purpose, a desire for and a pride in harmony, even if it was forced. Needless to say, that harmony is long gone, a casualty of political and cultural polarization, and its disappearance has unleashed hostility. As this election demonstrates, there is a powerful nostalgia within America for a mythic small-town nation of white picket fences and white Christian people living behind them. Nativism, racism, sexism, homophobia and anti-Semitism are all forms of retribution against those who presumably spoiled that white Christian working-class paradise.

But there is, I think, an even deeper resentment in America now, deeper and more widespread. It comes from a general sense of disempowerment. One of the major undercurrents of the conservative ascendency of the past 30 years or so, inculcated in just about every one of us, is the idea that in this country we are all masters of our own destiny — that winners earn their success and losers deserve their failure. Of course, even the slightest reflection would disprove this assertion.

But that reflection doesn’t come easily, and it doesn’t come with much reinforcement. Since, economically speaking, there seem to be a lot more losers than winners in America today, and since we have learned to accept personal responsibility for our outcomes, there is also a lot of confused resentment over our predicament. Unsurprisingly, that free-floating resentment quickly turns to meanness. If we are a nation of trolls, then, it is partly because we were first a nation of the dispirited and aggrieved. Meanness is our payback for imagined slights. What makes it worse is that meanness in many quarters is taken to be a kind of honesty. What makes it worse yet again is that increasingly there is little shame attached. That is a matter of cause. There is also the matter of opportunity. It was digital media that loosed trolls upon us, in large measure because the internet and social media provide the safety of anonymity for the cruel and bullying. It is one thing to be cruel to someone’s face, quite another to hide behind a screen. There is, however, another kind of opportunity that digital media provides, which is a wider purview that offers the opportunity to criticize more things. Nothing today escapes criticism. Nothing. I am sometimes flabbergasted by the sheer number of trolls harping on some minor television program or movie or CD or book or actor or singer or author or athlete or whatever. (This week’s episode isn’t as good as last week’s! Last week’s!) It seems as if everyone and everything is subjected to a scrutiny that had heretofore been reserved for forensics, and a laceration that had been reserved for war criminals. It is all criticism all the time. You wade into the world at your own peril.

Jews are no strangers to any of this. Long before the internet, Jews knew all too well the lash of the bully. It is one of the basic features of our history. Small people can always feel bigger by picking on others, and Jews have often been the others. But this is two-sided. We Jews have been world-class critics, too — maybe not trolls, but spiteful nonetheless. I know. I was once a critic myself, and I could be plenty nasty. Many of our greatest critics were Jews: Lionel Trilling, Irving Howe, Philip Rahv, Leslie Fiedler, Pauline Kael, Manny Farber, Clement Greenberg, Harold Rosenberg, to name just a few. It is a very long list. The disproportionate number of Jews among critics can be attributed to the Jewish love of scholarship, to a certain analytical bent in assessing the world, to a sharp temperament honed on the strap of adversity. To be sure, these were intellectuals applying prodigious mind to matter, not folks feeling bypassed by social change and seeking redress through meanness.

Still, that doesn’t exculpate them entirely from a mean streak. Next to social media, criticism is one of the great equalizers, and every author has felt the sting of negative criticism, which is why I long ago stopped reading reviews of my books. Indeed, the practice of negative criticism comes down to this: telling people not to read a book they never had any intention of reading. So why do it? Because, and I speak from youthful experience that I deeply regret, it allows you to feel superior to the author and lets you express your resentments at the author’s expense — an author who has no redress himself or herself. You would be hard-pressed to find a critic who doesn’t purport to be smarter than the author and know more about the subject than the author does. Basically, critics like that are trolls in disguise, though Jewish critics, who have so often been the butt of abuse, can be granted a bit of latitude for using the tool at hand to dish out some abuse of their own.

The point is that we live in a world seething with grievance. A society rife with resentment is a society rife with payback, which is a society rife with trolls. And, one should note, trolling on this scale isn’t just an anti-social activity among millions of malcontents. It is much more dangerous: a way of relating the world. When you see other people as targets rather than as fellow sufferers, when you get satisfaction from hurt, when you feel that you can advance yourself only by tearing down others, when all is grist for the meanness mill, well, any Jew can tell you what happens, and it isn’t good. Troll culture is toxic. What we need is some big-hearted, community-centered billy goat gruff to knock these trolls off the bridge and into the drink, and do it soon, before we become not just victims, but also trolls ourselves.

Neal Gabler is the author most recently of “Barbra Streisand: Redefining Beauty, Femininity, and Power.”

My Life Among The Trolls