At the New Museum, We’re All Collectors — Especially the Museum Itself 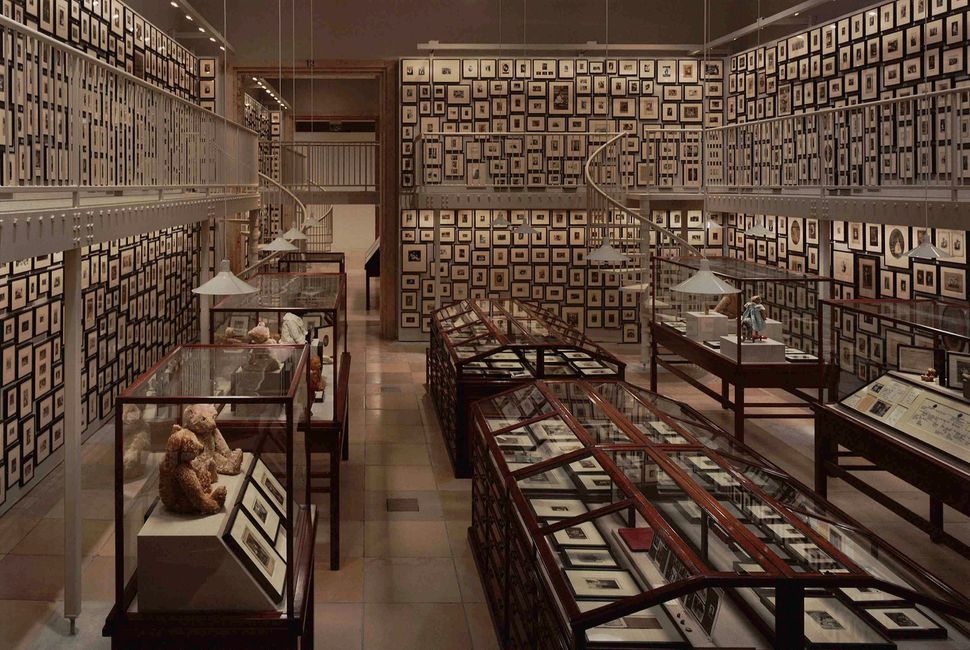 Image by Courtesy of the New Museum

There’s much to be learned from the name of the New Museum’s new exhibit “The Keeper.” The show is in fact an assemblage of the efforts of numerous keepers, artists who have collected, arranged, stored and displayed objects in unusual ways. It makes the singular title a bit of an odd fit. Is the exhibit a meditation on the role of the Keeper as a broad character, not as a single artist? Or, perhaps, a sweeping statement about the museum’s museum-ness, painting it (sorry) as a single, majestic Keeper, bringing the various Kept under — well, into — its wings?

It’s an ambitious show, one with many strange and lovely inclusions. It certainly brings to light pieces of art that might otherwise lack exhibition opportunities in New York. Yet for all the grandness of its concept, the exhibit finds little coherence among the variety of loosely linked interpretations of “kept” to which it extends. There are things that have not been kept so much as kept away, including a series of paintings by the Swedish artist Hilma af Klint, who stipulated that her art not be shown to the public until 20 years after her death; curated collections, most notably Ydessa Hendeles’s “Partners (The Teddy Bear Project)”; art made of salvaged objects, including Hannelore Baron’s assemblages, boxes of found objects brought together with a melancholy intensity; etc., etc. Each category intrigues, but the exhibit’s reach is too broad to lend any overarching meaning to the idea of the artist as collector, although there’s nuance to be found in individual artists’ adoption of that identity.

The exhibit does act, however, as a nice framework by which to understand the museum as the Keeper, an idea that, by linking the identity of the museum to the idiosyncratic, fond, obsessive instincts of an individual collector, gives a personal turn to the obvious. (It barely deserves stating that museums, with the primary jobs of collecting and curating, are keepers by definition.) That idea manifests most directly in the evocative, compact microcosm of a museum created in Hendeles’s “Partners,” the exhibit’s centerpiece, an installation consisting of two small multilevel rooms produced from portable walls. The walls are hung with 3,000 framed photographs, of teddy bears with their owners. The floor is dotted with display cases — antique, of course — containing teddy bears, alongside material detailing their history.

Like a miniature museum, at first glance “Partners” feels simultaneously full of meaning and devoid of it; the mass of material it contains both excites with possibility and, in its tremendousness, feels inaccessible. (It’s worth noting that this effect mimics not only that of a museum, but also that of “The Keeper,” which occupies four of the New Museum’s seven stories.) The seeming homogeneity of the photographs displayed, most of which are black and white, and all of which are mounted with matching white matting and simple black frames, makes the piece appear all the more unapproachable. It’s a demanding impassiveness; in order to understand the piece as a whole, viewers must make it familiar, exploring it on the scale of its individual components. 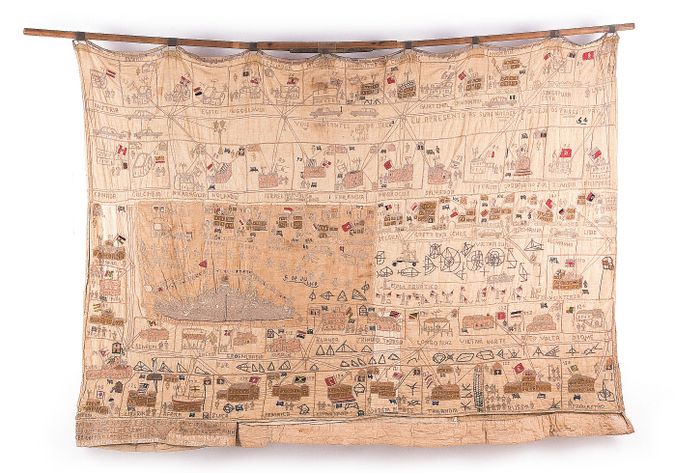 Doing so reveals a surprising breadth of life. Yes, the photos in “Partners,” most of which date back several decades, depict what you’d expect — middle-class children with one or both parents — but they also shock and surprise, notably in a section showcasing uniformed Nazis posing happily with their bear-holding children. (These inclusions, which are staggeringly unsettling, are especially intriguing, given that the Jewish Hendeles was born to two Auschwitz survivors.) This segment is one of many in which Hendeles deftly employs her collected bears to illustrate social, political and economic pain and perversion. Others include a tiny set of pictures of black children with toy bears, a gentle reminder of the impact of racial discrimination on children; a surprisingly large set of pictures of naked women posing with bears in sexually suggestive ways, and a display case featuring miniature bears designed for soldiers to keep in their breast pockets, a heartbreaking viewpoint on the two great wars that dominated the early 20th century and were largely fought by men barely past childhood.

What to make of this often disconcerting richness, the many implications of the teddy bear it shows? In her essay on “Partners” in the catalog for “The Keeper,” Hendeles writes that the 3,000 pictures she includes make “a curatorial statement that is both true and misleading”; after that, she writes that “creating a world in which everyone has a teddy bear is a fantasy.” It’s only half a fantasy — after all, the world she shows is one that, while organized, is far from fair — but it’s better than the world as it is, which, thrown into harsh light by the innocence of her subject, is in fact full of attitudes, institutions and systems that defy both organization and justice.

In Hendeles’s view, the role of the curator is in some ways protective, not just of the objects in their care but also of the audiences who enjoy them. “Viewers are inclined to trust a curator’s presentation of cultural artifacts,” she writes. “While these systems are not necessarily objective, they can be convincing and therefore of comfort.”

It’s a statement that’s useful for understanding “The Keeper.” Like “Partners,” the exhibit is both intimidating and intimate, and its careful curation is designed to call into question the objectivity of artist, curator and viewer alike. It doesn’t shy away from art that hints at a gaping horror — a set of anonymous sketches of life in Auschwitz, for instance, long hidden and buried in a bottle at the camp; or the frenzied creations of Arthur Bispo de Rosário, who, thinking himself tasked with redeeming society in the eyes of God, created bizarre collections of objects and frantically embroidered tapestries from inside a mental institution. It also showcases objects that suggest a certain neatness to reality, like Korbinian Aigner’s many paintings of apples.

Interestingly, the figures of the artists themselves remain obscure; wall texts contain sparse biographical details, but the work stands forward, often out of context. Given the figures’ obscurity, it seems almost intentional that the Keeper of the title remains an elusive, ill-defined figure. This is, in the end, not an exhibit about those who keep, much as it is a museum’s purpose is not to highlight the greatness of itself. Artists and museums alike are meaningless without the proper objects to meddle with; their enveloping concern with those objects is what gives them their character.

The exhibit’s point seems to lie more in the things that are kept, the way the intensity of their keepers’ concentration on them prompts viewers to come to share an appreciation for their substance and subtlety. After all, we are all keepers of something, and we rarely fully understand why we hold on to the things we do. While not new, there’s a lasting loveliness to the concept that artistry is an act, first and foremost, of letting one’s self see. And there’s a sweet sincerity to the accompanying idea that the physical things that most demand our attention, no matter how little we understand why, are their own kind of art.

At the New Museum, We’re All Collectors — Especially the Museum Itself