The Earth Moved For Them — Did It Move For You? 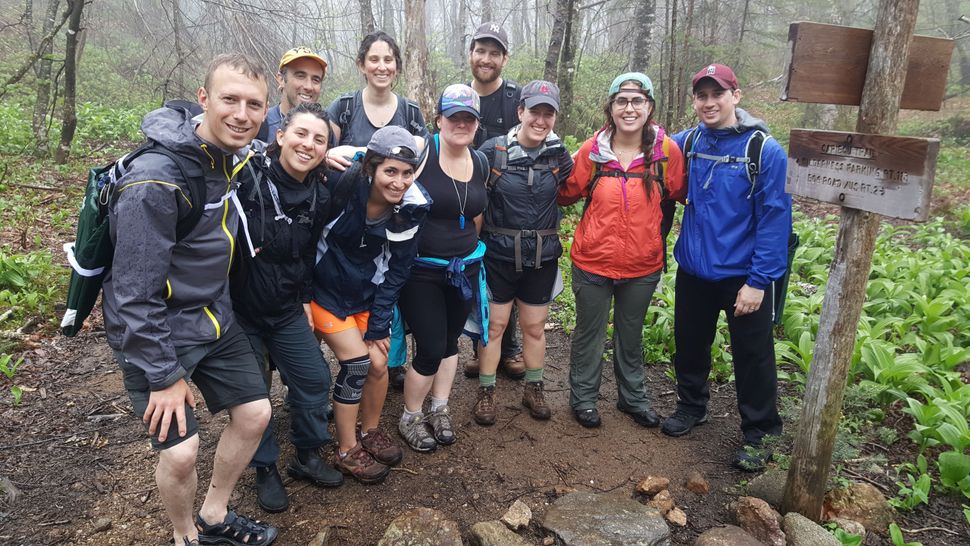 The Louisville Jewish Community Center has had a garden for years, but never the staff to make the most of it. For Michael Fraade, a member of the first cohort of Hazon’s JOFEE Fellowship who is spending the year working on the JCC’s environmental programming, that garden has the potential to change the ways in which members of the community understand the rich relationship between the earth and Judaism.

“We’ve got summer camp kids at the JCC’s day camp who come in for programs,” Fraade said. “Seeing some of the kids’ faces light up when they realize that’s a mint plant and they can take a leaf and eat it and it tastes like mint, or hearing that that yellow flower is going to eventually turn into squash – making those connections is really gratifying.”

The JOFEE Fellowship is the first standardized professional training program for aspiring educators in the field of Jewish Outdoor Food, Farming and Environmental Education (JOFEE). Funded by the Jim Joseph Foundation, the fellowship is run through Hazon in partnership with the Jewish Community Centers Association of North America, Urban Adamah, Pearlstone Center, and Wilderness Torah. (The last three, along with Hazon, form a group called the J4.)

That collaboration emerged after the 2014 publication of the JOFEE Report, the first professionalized report on the state of the field. The report was based on interviews with JOFEE stakeholders, a survey of 655 adults who’d participated in immersive JOFEE experiences, and program histories from JOFEE organizations. While the report painted an impressive picture of the field’s achievements and growth – it grew from 6 immersive programs in 2000 to 41 in 2012; 63% of the study’s participants had at some point felt disconnected from Jewish life, and for 32% of them, a JOFEE experience proved their primary means of reconnection – it revealed some striking gaps.

The immersive experiences studied in the report included programs like the Adamah and Urban Adamah fellowships, 3-month long residencies for students and young professionals that introduce them to subjects like organic agriculture, urban farming, and food justice in a Jewish framework. Those programs tended to spark a passion for JOFEE in their participants. “These very talented, intelligent, great, creative people were coming into JOFEE through these opening programs,” said Yoshi Silverstein, the director of the JOFEE fellowship “but then would have some difficulty knowing exactly what happened next.”

The answer was the JOFEE Fellowship. A yearlong program that provides its participants with extensive experiential and pedagogical training, a living stipend, one-on-one training and a JOFEE position at a Jewish organization, it’s a first step in addressing the lack of clear professional paths in JOFEE. It’s also an elegant means of addressing two other issues: the need to strengthen and professionalize the field, which has until now lacked a standardized, articulated set of fundamentals for educators, and to expand its reach in Jewish communities.

At the Louisville JCC, Fraade is working toward achieving that integration. He helps run the Center’s garden, provides educational programming to everyone from preschool students to participants in adult education programs, and works on building community partnerships. Among those is a partnership with New Roots, a food justice organization that provides organic local produce to more than 1,000 Louisville families. It’s been operating since 2009, when a few friends founded the group to help address food disparity within the city.

For Fraade, who will help integrate the JCC’s food justice efforts with those of New Roots, the New Roots story helps illuminate the importance of JOFEE education. “One staff member of an organization or a committed group of volunteers can create something that really flourishes over time,” he said. 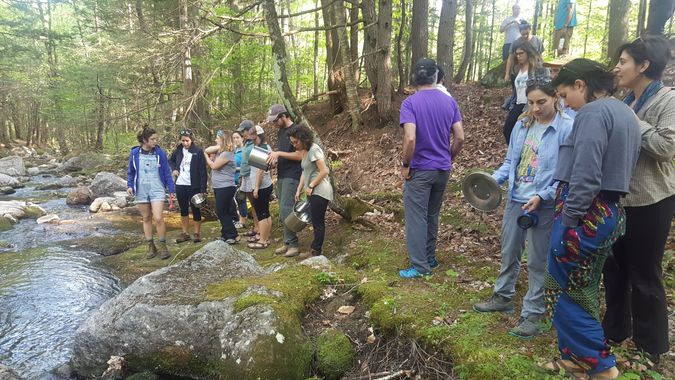 The Pearlstone Center’s Manela imagines those grassroots efforts, as a collective, having an enormous impact. He sees JOFEE as a means for American Jews, as well as those in other countries, to adopt more responsibility for the planet, live more sustainably and create a more inhabitable world for future generations.

That’s a lesson Zelig Golden is imparting to Wilderness Torah’s JOFEE fellow Daniella Aboody, who has joined the organization’s youth programming team. Every JOFEE fellow is paired with a professional mentor at their organization; Golden is Aboody’s mentor. Although their professional relationship just began, Aboody’s first connection to the world of Jewish environmentalism was a Wilderness Torah experience; in some ways, Golden, the organization’s founding director, has been a mentor to her for years.

Aboody spoke passionately about the impact of JOFEE on her ability to relate to Judaism. “I felt like I found my tribe that I didn’t even know I was looking for,” she said of attending one of Wilderness Torah’s signature Earth-based Judaism festivals in the spring of 2013.

Aboody has been in the JOFEE field since then, working in the Bay Area with Urban Adamah The Kitchen, a Jewish life startup. When she heard about the JOFEE Fellowship, she was committed to both the field and the Bay Area, but couldn’t see how to move forward in her career.

The fellowship didn’t just give her the forward momentum she was looking for; it also let her become a part of Wilderness Torah, which felt, in a way, like coming full circle. As a member of Wilderness Torah’s staff, Aboody is helping coordinate the center’s yearlong youth programs for grades K-5 and 6-7. She’s also helping design youth programming for some of the organization’s festivals, including this fall’s Sukkot on the Farm Festival.

Like Aboody, many of the fellows had a moment of clarity during a JOFEE experience – half spiritual, half vocational – that made them feel a powerful bond with the field.

“I spent time studying in Israel, and that was where I made the connection between my religion and the earth,” said Jessica Berlin, a fellow at Hazon’s Isabella Freedman Center in Connecticut. “I have this memory of harvesting hyssop to make za’atar, and I had this crazy moment when I realized that was the exact herb that was once offered as a sacrifice in the temple. Judaism became totally live and relevant to me in that moment.”

Adam Berman, the executive director of Urban Adamah, thinks those kinds of experiences are at the heart of JOFEE. “The long term goals of JOFEE are to make Judaism relevant, alive and compelling to humans on our planet in ever-deepening ways,” he said.

“Our relationship with the natural world and with all of creation is a primary part of who we are as Jews,” Manela said. As Fraade emphasized, agriculture and farming was central to ancient Jewish communities, and values and practices rooted in those communities are still central to the religion today. For both Manela and Fraade, JOFEE provides a tangible way to incorporate the spiritual environment of Judaism’s past with the American Judaism of today.

The JOFEE Fellowship, which began in June, will undergo extensive professional evaluation in its first year. Anecdotally, though, the fellows are already starting to understand what that might look like.

“A few weeks ago, I did a farm tour with a group of young Jewish professionals from New York City, and for a lot of them, it was the first time they ever saw food growing,” Berlin said. “It was so cool to see their eyes like light up when they really made that connection of the thing that they’re eating and the way that it grows.”

The Earth Moved For Them — Did It Move For You?