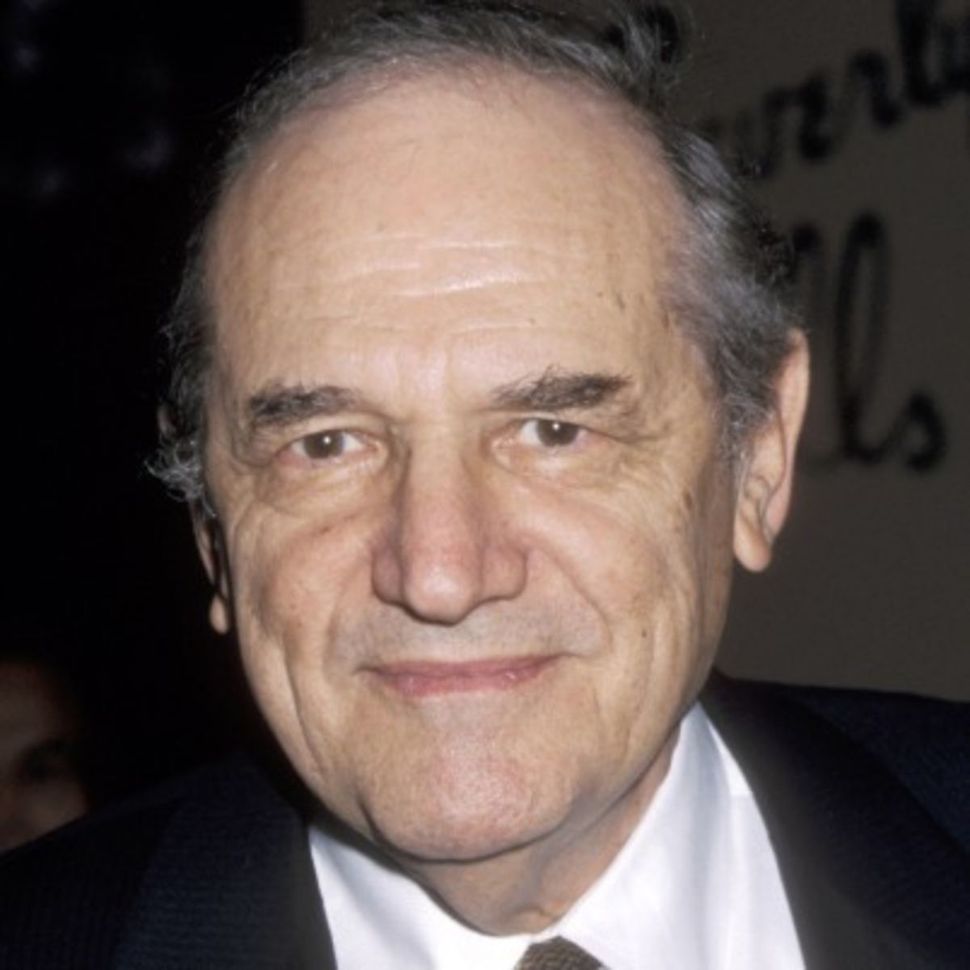 Steven Hill, an actor who died on August 23 at age 94, showed how the solution for existential unease may be found in Jewish ritual rather than in a life devoted to performance. Born Solomon Krakovsky in Seattle, Hill won fame from 1990 to 2000 in the role of Manhattan District Attorney Adam Schiff on TV’s “Law & Order.” Before then, Hill was one of the few Orthodox Jews to attempt a major acting career. The reasons for this rarity were not just about not working on Shabbat, although this stricture would shorten his tenure as Dan Briggs, the original leader of the Impossible Missions Force on TV’s “Mission Impossible,” (1966). After a single season, Hill was replaced by Peter Graves. According to “Inside Star Trek” William Shatner claimed that Hill had asked him “how many Jews worked on ‘Star Trek.’ [Hill] was recruiting a prayer group of 10 guys to worship together on top of the studio’s highest building and only had six Jews so far from Mission [Impossible].”

Decades before, Hill had labored with discipline, mentored by Lee Strasberg at The Actors’ Studio. Along with classmates Nehemiah Persoff, Julie Harris, and Cloris Leachman, Hill studied dance with the American Jewish choreographer Anna Sokolow (1910-2000) whose stern discipline did not allow for half-hearted pupils. These ardent preparations led to his being cast in 1946 in “A Flag Is Born” by Ben Hecht. The play, promoting the new Jewish State, starred Paul Muni and Marlon Brando, with Hill in the small role of a soldier. In 1949 Hill was cast in the title role of Emmanuel Roblès’ “Montserrat” adapted by Lillian Hellman, who was also directing. The play, set in 1812 during Spain’s occupation of Venezuela, gave Hill the opportunity of confronting moral challenges. Intended to allude to atrocities committed during the Nazi Occupation of France, the lead character of “Montserrat” chooses to betray his homeland out of sympathy with an occupied people, eventually paying with his life for the decision.

Despite what seemed like an ideal role for Hill, whose trademark ill-at-ease stance would have been ideal, he was replaced before the play reached Broadway. The Hellman biographer Carl Rollyson states that the adapter/director was begged to replace Hill, who was termed a “caricature of an Actor’s Studio actor. You don’t know what he is going to do next or why. He throws everyone else off.” The Welsh actor Emlyn Williams, also in the cast, opined that “since [Hill], though talented, was a mumbling member of the Method, he did seem to give a cue as if he hated to part with it.” Another performer, John Abbott, felt that Hill was a “gifted actor who had intended to wait until he felt ready to give a filled-out performance. The producers were afraid to trust him. Rehearsal time on Broadway is horrendously inadequate, and Hill had been caught fishing around for his character when the rest of the cast was ready to open… Hill was asked to show how he intended to play Montserrat. But he just smiled and gave us an estimate of some weeks ahead, which meant that the first date would have to put up with a very embryonic rendering.”

Despite this fiasco, Hill was soon cast in a prestigious — if short-running — 1950 Broadway revival of Ibsen’s “The Lady from the Sea” costarring Luise Rainer, Eli Wallach, and Anne Jackson, directed by Sam Wanamaker. Hill eventually turned to television for more regular employment. By the late 1950s, he was cast in Hollywood roles, playing a weary veteran in Paddy Chayevsky’s 1958 “The Goddess” and the tormented father of a learning disabled boy in John Cassavetes’s “A Child Is Waiting” (1963) Hill would later tell an interviewer than his last Broadway role, as Sigmund Freud in “A Far Country,” would be instrumental in his decision to study full-time at Khal Shaarei Tefila in Monsey, New York. “A Far Country” (1961) included a scene in which a patient screams at Freud: “You are a Jew!” Even before then, in the 1950s, he had begun a personal return to Orthodoxy. As a follower of the Grand Rabbi Yakov Yosef Twersky of Skver (1899–1968), Hill abandoned acting for a decade from 1967 to 1977, selling real estate to subsist. When he returned to acting, his restart was slow, typecast in such elder roles as Reb Alter Vishkower in Barbra Streisand’s “Yentl” (1983). Only when “Law & Order” debuted was Hill seen at full range. “Law & Order: The Unofficial Companion” quotes him as likening Adam Schiff to the onscreen comic curmudgeon Monty Woolley. Yet Schiff was more than just an amusing alte kocker.

In the episode “Blood Money” from 1999, Schiff deals with the aftermath of an insurance swindler who sold policies to Jews about to be murdered in the Holocaust. With quiet irony, Hill comments: “Just when you thought there weren’t any more ways to violate these people, an insurance scam.” Hill expressed understated truth about human experience with pared-down, Spencer Tracy-like verity. In “Terminal,” from the show’s seventh season, Schiff allows hospital personnel to remove his terminally ill wife from life support, giving an agonized whimper of animal-like intensity as she flatlines. With no dialogue, Hill made a monumental emotional point. When required to be sarcastically amusing, Hill could be masterly, as in “House Counsel” in which he explodes with Yiddish scorn: “What is this, Bernie’s Bargain Basement? ‘Cop to four murders, get only five years?’” And in “Atonement,” Hill as Schiff admits about the Three Stooges, born Moses Horwitz, Samuel Horwitz, and Louis Feinberg: “I always loved those guys.” When Hill opted to retire at age 78, TV fans were dismayed, and one among them, Manhattan DA Robert Morgenthau, who reportedly inspired the character of Schiff, showed his own fortitude by outlasting his TV epigone and remaining on the job until age 90.

Often seeming to base his artistry on feeling unsettled, Hill made a final inadvertent appearance on camera in a 2010 video at his grandson’s bar mitzvah, posted online by “The Lakewood Scoop” Hill had grown a long beard and was costumed in Hasidic style, complete with fedora, but is instantly recognizable as he is drawn into a dance. At first he radiates kindly uncertainty, his shoulders hunched with worry as he gives a practiced professional glance at the camera. Arthritis may have played a role in this tentativeness, but when dancing alone with his grandson, Hill seems to relax enough to enjoy. Through his long, compelling career, Hill always fought through a complexity of emotions to focus on the present moment in the profoundest way possible.