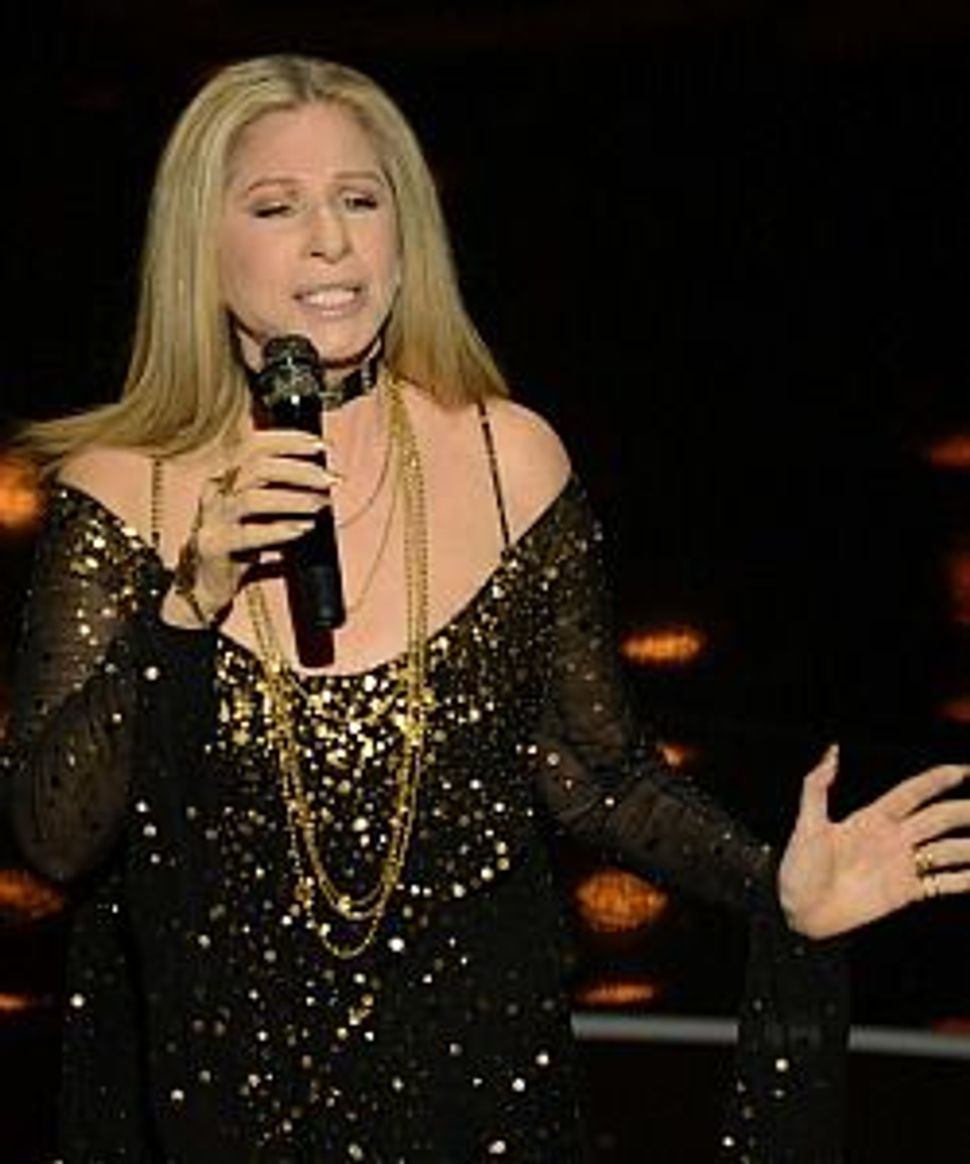 My love for Barbra Streisand is one whose month is ever May. Her idiosyncrasies are to be cherished. Only Streisand could be forgiven for shooting “The Prince of Tides” showing just one side of her face or having Stephen Sondheim rewrite lyrics entirely for her benefit. I tend to refer to her as Babs, not merely for brevity, but as a sign of my undimmed affection. I include this by way of contextualization, to soften some of what is to follow. For, while marvelous at many things and in many ways, Streisand has never been the most charitable duet partner.

Her tendency has been to view duet not so much as collaboration but competition. Michael Crawford found that out when Streisand belted atop him, as he descended mournfully towards the bridge on his signature song, “The Music of the Night.” I’ve often thought the subtitle of “No More Tears (Enough is Enough)” must have been a late, passive-aggressive addition by Donna Summer. Arguably, the only duet partner Streisand has ever been entirely comfortable with is herself. Just listen to “One Less Bell To Answer/A House Is Not A Home” or “Mother and Child,” if you don’t believe me.

It is peculiar, then, that in the autumn of her career Streisand — her voice raspier but its capacity undiminished — has developed a fondness for duet. Her last effort, “Partners,” hit number one on release in 2014, but the quality of the work was questionable. There were one or two compelling collaborations, including one with Michael Bublé who remarkably (as a friend said at the time) was allowed to sing the words “For all your faults…” to Streisand herself. But most of it was a dreary and ill-conceived rehash of songs that were much better to begin with and the dated arrangements had the handprints of Babyface, one of the album’s producers, all over them.

Still, Streisand has persisted and returns to us with a much better effort, “Encore: Movie Partners Sing Broadway,” albeit something that’s the musical equivalent of a packet of Skittles. The concept for “Partners” — insofar as there was one — was Streisand’s supposed desire to sing with male performers (which, frankly, is difficult to believe). With “Encore,” things are slightly more muddled: pairing up with Hollywood actors and actresses on Broadway songs. Since show tunes has often been fertile terrain for Streisand in the recording studio (see under: “The Broadway Album”), I’ll let the conceit slide, in order to focus on the material.

The commendable thing about “Encore” is certainly the track selection. She delves deep into the back catalogues of Sondheim and Marvin Hamlisch, pulling out musical theater songs that one wouldn’t have expected to hear on a mainstream pop album. Surprise selections include “Take Me to the World” from Sondheim’s made-for-TV musical “Evening Primrose” and “Any Moment Now” from an unproduced version of “Smile,” Hamlisch and Howard Ashman’s lost musical based on the 1975 movie about a California beauty pageant.

But the quality of the album depends on the interpretation of those songs, which is what gives “Encore” this assorted feel. “Loving You” — from Stephen Sondheim’s darkly romantic musical “Passion” — is a particular disappointment. In the context of the show, “Loving You” is a bare and intense devotional from a tempestuous, sickly woman who would die for her love and truly believes that, one day, the object of her desire will see what is beautiful about her. But the emotional power of the song just drains away in Streisand’s hands, reimagined as a break-up ballad with the creamily bland Patrick Wilson.

Other duets, too, feel ill-conceived. Though Streisand has tinkered with the lyrics to give them a feminist edge, her duet with Melissa McCarthy with its cheap arrangement does nothing to alter my view that “Anything You Can Do” from “Annie Get Your Gun” is long overdue retirement. Chris Pine is her partner on “I’ll Be Seeing You/I’ve Grown Accustomed to Her Face” and his derivative sub-crooner performance is as petrified and wooden as his surname might suggest. Doubling up with Seth McFarlane on “Pure Imagination” transformed an enchanting, flighty song from the movie “Willy Wonka & the Chocolate Factory” into one that felt as if it would never end.

The sometimes stilted dialogue on these tracks unintentionally reveals that they were clearly recorded apart, but one mustn’t be too mean as for every dud on “Encore,” there is a gem — mostly in duets with actors who truly grasp the genre. Streisand pairs up on the aforementioned “Any Moment Now” — about longing and a marriage in disrepair — with Hugh Jackman, a treasure that both Hollywood and Broadway should appreciate more. Against my better judgment, I was charmed, beguiled even, by Streisand’s soft-shoe patter with Alec Baldwin on Sondheim’s “The Best Thing That Ever Has Happened,” and somehow like jelly on peanut butter Jamie Foxx’s silken melisma works with Streisand on the hymnal “Climb Ev’ry Mountain.”

Of course, it wouldn’t be a Streisand duets album without her upstaging someone. The highlight of “Encore” is “At the Ballet” from “A Chorus Line” and she invites Daisy Ridley and Anne Hathaway to sing with her. Setting aside the audacity of asking Ridley to play a character who never felt beautiful except at the ballet, where “every prince has got to have his swan,” it is Hathaway who is on the receiving end of Streisand’s vocal kneecapping. As the song crescendos towards the instrumental climax, Hathaway reaches for and hits the high note of her life, only for Streisand to come in with and over her at a far lower and attainable pitch. Hathaway is then faded out, unbelievably, while Streisand continues merrily, blasting out her own countermelody over the orchestra. Sometimes Streisand cannot help herself. Then again, perhaps I’d be disappointed if she showed restraint. God love her.

Liam Hoare is a freelance writer based in the UK.