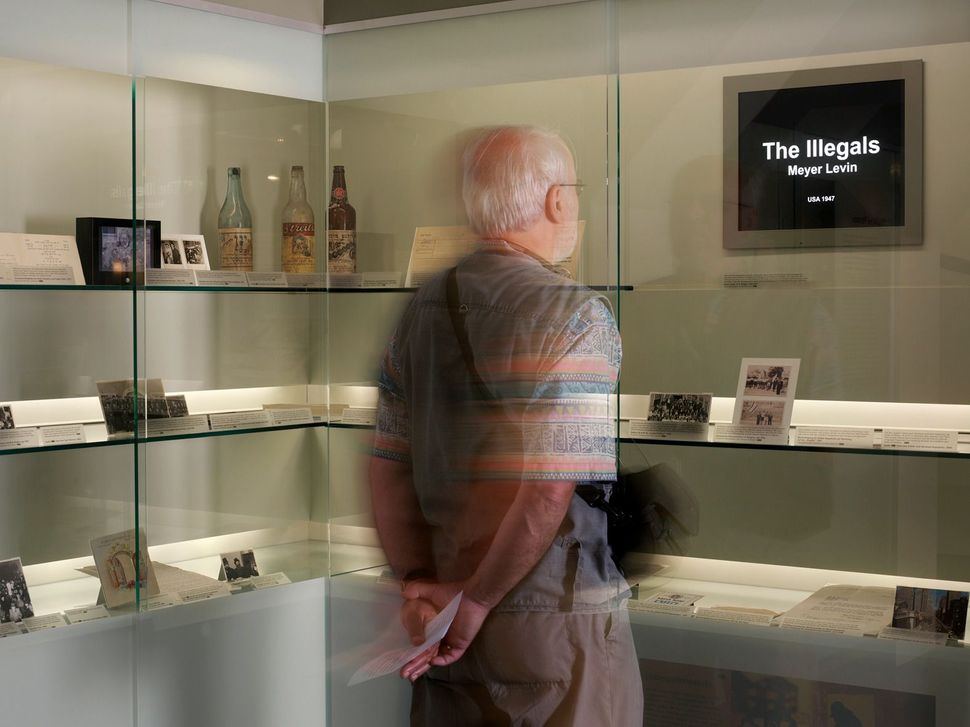 From Berlin to Moscow; London to Vienna; Copenhagen, Denmark, to Budapest, Hungary, and, recently, Warsaw, Poland, the map of Europe is dotted with museums dedicated to the history and culture of Jewish communities past and present. Although the Jewish Museum in Prague dates back to 1906, the majority of Jewish museums now on a Jewish traveler’s must-see list are at most several decades old. Nestled at the foot of the Austrian Alps, the region of Vorarlberg can boast a hidden gem, the Jewish Museum Hohenems, founded in 1991 and celebrating its 25th anniversary this year.

For three centuries, a prosperous Jewish community thrived here alongside the Christian majority, with Jews growing so numerous at one point that a Christengasse was named alongside the Judengasse, the street that runs through the Jewish quarter, a central area of the town currently undergoing a pedestrian-friendly redesign. A statute passed in 1813 limited the Jewish population of Hohenems to 90 Jewish families, so there was continual movement away and the creation of a Hohenems diaspora even in the early 19th century, long before the cataclysms of the 20th century.

Each decade, the museum hosts a reunion of Hohenems descendants. The next one is scheduled for 2017, the 400th anniversary of a Jewish presence in Hohenems, and 200 descendants from the United States, Italy, Switzerland and elsewhere are expended to converge on the town that nowadays has only a single Jewish resident.

His name is Hanno Loewy, the Frankfurt-born director of the Jewish Museum in this town of 15,000. That the museum enjoys an outsized reputation among European Jewish cultural institutions is due largely to Loewy’s innovative programming. While the permanent exhibit documents the achievements of the Jews in Hohenems since the 17th century, the museum does not attempt an exhaustive presentation of Jewish history, along the lines of what one finds in Berlin or Warsaw. Practically speaking, this means that the museum is free to extend resources on innovative and unexpected temporary shows.

Since arriving in 2004, Loewy has mounted a series of much-discussed exhibitions, including a quirky yet meditative look at Jews in the Alps; an impressive survey of Jewish kitsch, called “Schlock Shop,” and a much-talked of show about the Jews of the Austro-Hungarian Empire, called “The First Europeans. Habsburg and other Jews — a World Before 1914.” Such shows attract visitors from all over the German-speaking world, as Hohenems is situated in Vorarlberg, a region of western Austria that sits on Lake Constance and is bordered by Germany, Switzerland and Liechtenstein. In the past seven years the museum’s attendance has nearly doubled. The museum is also well known for its exhibition catalogs — there have been over 20 to date — which occasionally appear in bilingual editions and bring a taste of the shows to audiences unable to make the schlep to Vorarlberg. And, perhaps due to the lack of a contemporary Jewish community, the museum also has a surprising amount of leeway in engaging with provocative subject matter.

For instance, the last show to go up before the current anniversary exhibit — an idiosyncratic glimpse into the museum’s holdings, simply titled “Odd” — was a striking photo series of the Jerusalem Light Rail that controversially slices through East and West Jerusalem. “A Streetcar Named Desire. A Journey through Yerushalayim/Jerusalem/Al Quds” evocatively used photographs by Galia Gur Zeev to re-create the tramline, station by station. Along the route from the settlement of Pisgat Ze’ev to Mount Herzl, we observe the rapidly changing landscapes and demographics. It was very much to Zeev and curator by Hannes Sulzenbacher’s credit that this documentary presentation so successfully evoked the various “Jerusalems” that make up that chaotic and beautiful city. 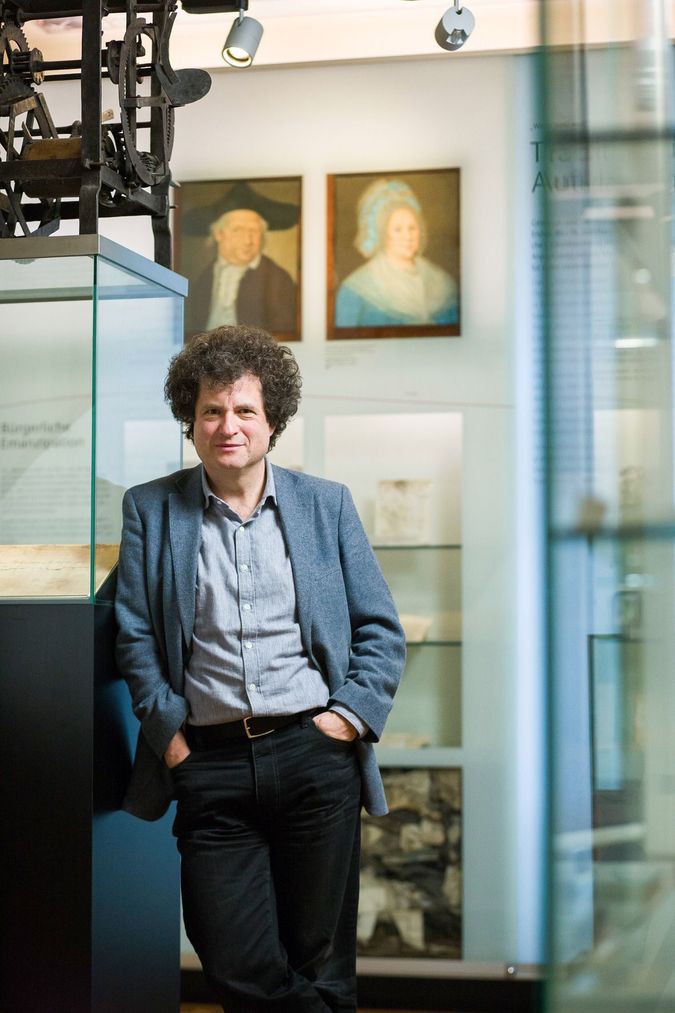 Last Jew Standing: Hanno Loewy is the director of the Jewish Museum in Hohenems. Image by Dietmar Walser

While “A Streetcar Named Desire” reached its final stop in February (though it may be remounted in Munich), one of Hohenem’s most recent exhibits has been a runaway — and highly mobile — success. Standing behind the admittedly tacky title “Jukebox. Jewkbox! A Jewish Century on Shellac and Vinyl” is the assertion that the 20th-century Jewish experience has left a mark on the history of recording music as deep as the grooves on a long-playing record. After having stations in Munich and Frankfurt, the riotously entertaining show is currently on view at the Jewish Museum London, in Camden, until October.

Visitors may be surprised to learn that the father of the Gramophone was a German-Jewish immigrant named Emile Berliner. He patented his flat sound disk in 1887, a decade after Edison’s wax cylinder phonograph. Past the displays of antique sound recording and playback equipment, including Berliner’s famous “Improved Gramophone” of 1898, an iconic crack-up model attended to by the faithful dog “Nippie,” the exhibition begins in earnest with an engaging and interactive — highly audible — presentation of Jewish musicians, composers, songwriters, producers and even comedians. Over nine sections spanning from punk to klezmer (and the category that was my personal favorite, “Jewish Things for Jews and Non-Jews,” — for example, Arnold Schoenberg), the Ramones rub shoulders with Shlomo Carlebach and the likes of Amy Winehouse, and Esther Ofarim brushes by Mickey Katz and Tom Lehrer, while an enormous hanging unit filled with vinyl album covers commands the visitor’s attention. Similar material forms the basis for the Jewish Museum Vienna’s current show “Stars of David,” but the elegant presentation of the “Jewkbox” show, with its hanging records and oblong counter with listening stations, is both more clever and less triumphalist. Still, it would be a stretch to call the show educational or scholarly. For this reason, it does often feel like a guilty pleasure. But who cares when you’re having this much fun scrolling from “Kol Nidre” to “Copacabana.”

The final component of the exhibit resembles a rec room, where one sits on lounge chairs and flips through songs and music video playlists with iPads. While it adds to the interactive nature of the show, after so much vinyl fetish worship I couldn’t help but feel the itch to put a needle to a groove, rather than consume this music as a digital file. Be that as it may, however, I am eternally grateful to the show for bringing to my attention this amazing document of Leonard Cohen singing “Un As Der Rebbe Singt” in 1976 at a youthful solidarity kumzitz, or gathering, in Vienna.

If you can’t make it to London, the lovingly designed and copiously illustrated catalog sized like a 45-rpm record (and including a 45 rpm of songs and talk) seems destined to become a collector’s item. Otherwise, there will be more opportunities to catch “Jewkbox” in 2017, first at the POLIN Museum of the History of Polish Jews, in Warsaw (February to May) and then in Amsterdam, starting in June. Loewy indicated that there has been interest in the show from both Australia and the United States, although no details were confirmed. Trying to account for the show’s runaway success, the director suggested that the timing was just perfect. “It matched an increasing interest in vinyl and was also a way to discuss important subjects — like the Jewish-Arab music that’s been completely forgotten. Also, it’s not very often that you can travel an exhibit with a powerful design,” said Loewy, whose curly mop puts one in mind of the late, lamented Gene Wilder. He indicated the multimedia counter and the hanging record display that has made its way to England from Austria. Now if only the show could have an actual working jukebox. Is that too much to ask for?

Against the backdrop of the international success of “Jewkbox,” the museum is not content to sit on its laurels. Its next show, opening in 2017, will explore the female side of God. “Gender and monotheism — what a topic!” he said with a laugh.

A.J. Goldmann writes about European arts and culture. He is a longtime contributor to the Forward.