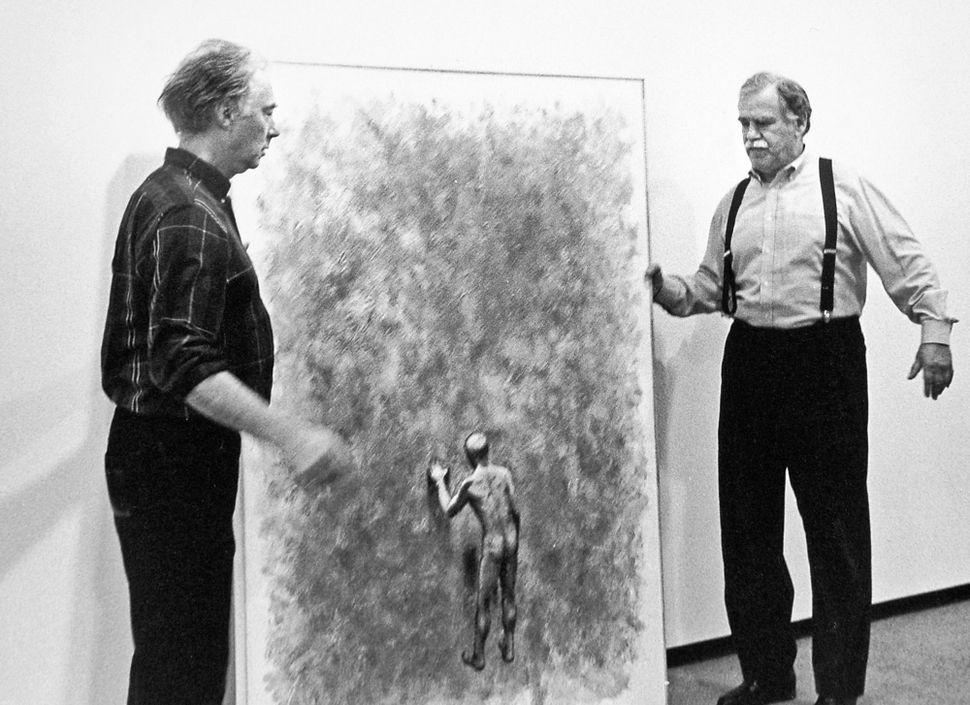 Image by Courtesy of the Art Gallery of Ontario

Steve Martin, the actor, has curated a blockbuster Canadiana show on one floor, and a dazzling installation by Chicago art star Theaster Gates occupies another. But the most unusual exhibition at the Art Gallery of Ontario may be its tribute to Avrom Isaacovitch.

“We don’t usually do shows honoring dealers,” said Andrew Hunter, the museum’s Fredrik S. Eaton Curator of Canadian Art and the organizer of “Av Isaacs: Shaping the Scene,” on through October 2 in Toronto. “But Av was a pretty unique figure. Many artists he championed or discovered went on to become transformative figures.” Esteemed Canadian artists like William Kurelek, Jessie Oonark, Christiane Pflug, and Michael Snow all got their start as Isaacs clients.

Isaacs’ path to glory took root in an unlikely location: The Greenwich Art Shop, a small framing store he opened in 1950. It evolved into the Greenwich Gallery, a cultural hub as well as ground zero for Toronto’s nascent art scene.

The Toronto of 1950 was worlds away from the moneyed, multicultural metropolis of today, Hunter says. “You have to look back and remember how challenging that moment was. The community was conservative. To open a gallery focusing on ambitious contemporary work was a huge step.”

A second venture, the Inuit Gallery, opened in 1970, showed work by Inuit artists. “He wasn’t selling it as ethnocgraphic material. He believed in their importance as artists,” said Hunter.

“My father was cutting-edge,” his daughter, Renann Isaacs, said from her own small gallery in Guelph, about 40 miles outside Toronto. “Some of the art he showed was pretty astounding for its time.”

While her father wasn’t especially observant, “his interest in Judaism and Yiddish came later in life. He’d even sing songs in Yiddish,” she said.

She also remembers her immigrant grandfather’s reaction to his son’s chosen field. “My father had just sold his first painting, for $1000. My Zeyde walked into the gallery and asked what the red dot on the painting meant. My father told him it means the painting’s been sold. When my father said for how much, my Zeyde walked out of the gallery, laughing. Zeyde was in the schmatte business, and I don’t think he ever figured out the art business.”

Av Isaacs died on January 15 at the age of 89. A who’s-who of Toronto culture attended a June memorial service at the Olga Korper Gallery.

“I’m not sure how he would have felt about it. He had a side where he didn’t want attention paid to himself,” Renann Isaacs says. “But he also spoke his mind. He took risks. And he always managed to somehow avoid complete disasters.”