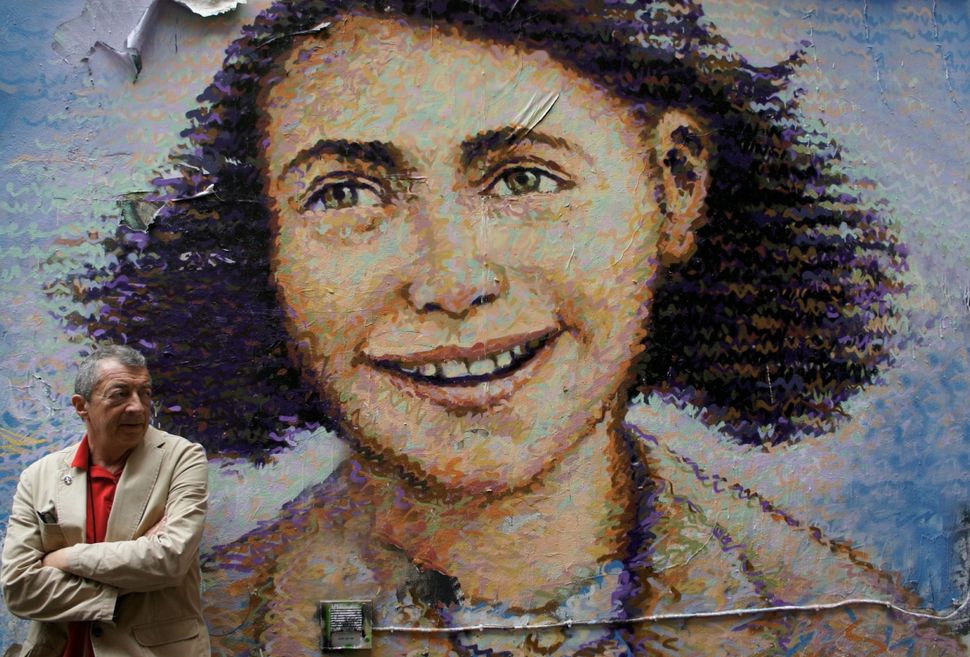 Image by Three Days in Auschwitz

‘I’d always avoided Auschwitz,” Philippe Mora says near the beginning of his new documentary, “Three Days in Auschwitz.” “I was like, ‘Who wants to go to Auschwitz?’”

Mora’s question is, at least on the surface, perfectly understandable. After all, with any number of exotic and enticing locations currently available for our visiting or vacationing pleasure, a site where at least 1.1 million people (90% of them Jewish) were gassed, shot, starved and worked to death by the Nazis hardly conforms to anyone’s idea of an appealing destination.

Of course, one visits former concentration camps not to “get away from it all,” but to bear witness to one of the darkest chapters in human history. And for Mora, a French-born Australian film director and artist whose extensive filmography includes such notable credits as “Mad Dog Morgan,” “Death of a Soldier” and the second and third installments of the “Howling” horror franchise, the emotional, psychological and historical pull of Auschwitz eventually proved too compelling to ignore.

Born four years after World War II ended, Mora learned much later that eight members of his family had been killed at Auschwitz. Seeking to come to terms with their deaths, in 2010 he finally traveled to Poland’s Auschwitz-Birkenau State Museum for the first time — a visit that inspired several returns and eventually led to the making of “Three Days in Auschwitz,” which was released in select U.S. theaters and on DVD and Video On Demand on September 9.

Subtitled “Cinematic Notes for My Grandchildren,” “Three Days in Auschwitz” is much more of a home movie than a straightforward documentary. “I thought, if I tell a story about myself and my family, it might help other people deal with it,” he says to the camera at one point in the film. “When I say ‘deal with it,’ there’s no real way of dealing with it — it’s just horrible. But you can understand more about it if you go [to Auschwitz] and study it.” We see Mora during his visits to Auschwitz, but the film also follows him as he travels to London, Berlin and to Melbourne, Australia, visiting various museums, memorials and historic sites in an attempt to further explore “what the Holocaust means to me.”

Throughout the film, Mora shows us many of his paintings — some comical, some deeply disturbing — inspired by his extensive study of Hitler, the Nazis and the Holocaust; he also offers up some personal theories about the motivations of Hitler and the Nazis, as well as the lingering psychological effects that the Shoah has had on subsequent generations of Jews and Germans alike. Much of Mora’s narration is laced with a decidedly sardonic sense of humor, something he believes many Jews have developed as a way of dealing with the memory of the Holocaust. (He praises “Springtime for Hitler” from Mel Brooks’s “The Producers” as a prime example, saying that the gleefully tasteless musical number from the 1968 film “was like breaking a curse.”)

Indeed, one scene from Mora’s initial visit to Auschwitz finds the director speaking to his hand-held camera in a bizarre faux-Texan accent, something he in retrospect theorizes was an “extra defense” against the awfulness of seeing the camp for the first time. It’s a moment that’s darkly humorous and supremely cringe-worthy, yet also brutally honest. By including this scene in the film, Mora conveys the mind-bending horror of Auschwitz and its history in a way that’s far more personal and affecting than his footage of its gas chambers and crematoriums.

Along with its intimate point of view, “Three Days in Auschwitz” is unique in the sense that it’s the only Holocaust documentary to feature a score written and performed by rock legend Eric Clapton. Clapton’s involvement in the film is somewhat ironic, considering that the guitarist has repeatedly voiced his support and admiration over the years for Enoch Powell, the late British politician whose inflammatory scapegoating of nonwhite immigrants was more than vaguely reminiscent of the fear-mongering propaganda used by the Nazis against the Jews. (Four years before his death in 1998, Powell also published “The Evolution of the Gospel,” which claimed that Jesus Christ was not actually crucified by the Romans, but rather had been stoned to death as a blasphemer by “The Jewish Establishment.”)

But the collaborative friendship between Mora and Clapton — which dates back to 1967, when both men were residents at The Pheasantry, an artists colony in Swinging London — clearly transcends such unpleasant matters: Clapton co-produced Mora’s 1969 film “Trouble in Molopolis” and wrote the score for his 1989 alien-contact film “Communion.” Now, in addition to co-producing “Three Days in Auschwitz,” Clapton (who performed two years ago at Poland’s Life Festival Oswiecim, held just a couple of miles from Auschwitz’s infamous Arbeit Macht Frei gate) contributes four instrumental tracks to the film, and actually plays guitar onscreen for a few moments during its closing credits.

Clapton’s score, which will not be made available commercially, is a largely pleasant and occasionally even uplifting affair. The music works best when its moodier, introspective passages are set against Mora’s wordless footage of the camp; in those moments, the viewer can briefly get lost in the natural beauty of the blue skies and puffy white clouds shown hovering over the camp, which stand in stark contrast to the human ugliness that’s commemorated on the ground below.

Given the personal nature of Mora’s journey, his appealing screen presence (which at times reminds one of a more rumpled Rowan Atkinson, aka Mr. Bean) and the obvious importance of the subject matter, it’s a bit frustrating and disappointing that “Three Days in Auschwitz” isn’t a better film.

Compelling source material clearly isn’t the problem: In August 1942, Mora’s mother, grandmother and two aunts were taken from their home in Paris and forced to board one of the many trains shuttling French Jews to the Nazi concentration camps; they were thankfully saved by his grandfather, who managed to find them at the Pithiviers transit camp in northern France and buy their freedom, literally the day before they were due to be shipped to Auschwitz. But even though he interviews his mother, Mirka Mora — an acclaimed artist in her own right — for “Three Days in Auschwitz,” neither she nor Mora fully outline or explain the circumstances of her lucky escape in the film. Nor, for that matter, does Mora go into much detail about the wartime activities of his father, Georges Mora, who served in the French resistance (though we do get a brief aside about his resistance comrade Marcel Marceau). And even with its brief 55-minute running time, “Three Days in Auschwitz” often feels rudderless, meandering and repetitive, like Mora is ultimately too close to the material to shape it effectively.

There are also times, however, where “Three Days in Auschwitz” scores a direct hit — most notably in the segment where Mora discusses how Hitler ordered Jewish children to be killed along with their parents in order to prevent them from seeking revenge when they grew up. “This film is a form of revenge,” Mora states before turning his camera on Mirka Mora’s beautiful great-grandchildren, whose very existence serves as living, giggling, radiant proof of Hitler’s ultimate failure to carry out his plan for the extermination of the Jewish people. And that, Mora seems to say, is sweet revenge indeed.

Dan Epstein is the author of “Stars and Strikes: Baseball and America in the Bicentennial Summer of ’76 (Thomas Dunne Books, 2014).”