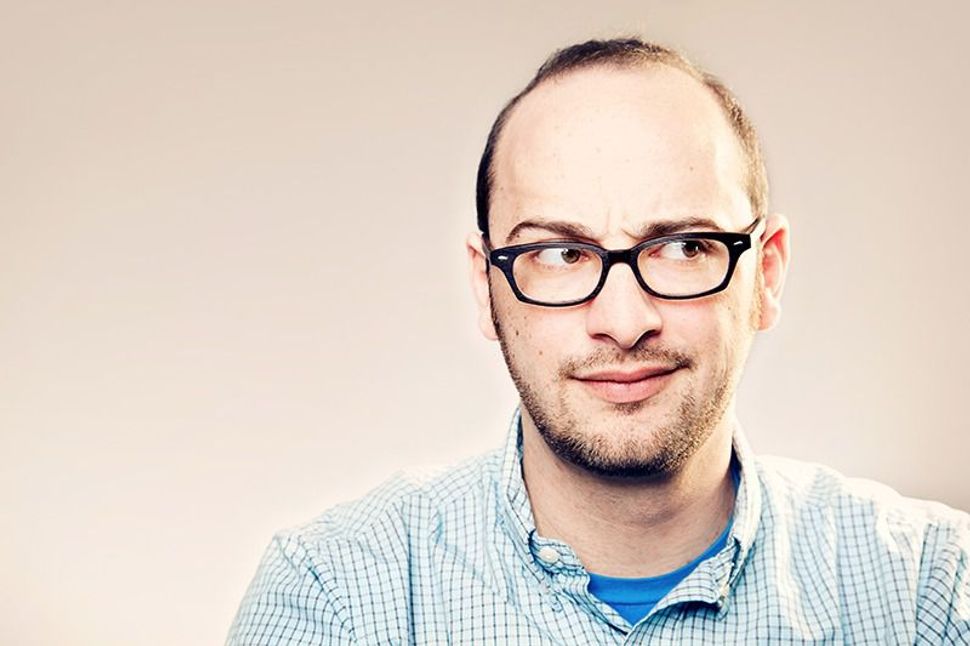 Image by Courtesy of Josh Gondelman

‘We’ll get your name right this time,” says the emcee at The Comic Strip in Manhattan.

Josh Gondelman laughs. “Dude, zero problem at all.” He pulls the sleeves of his blue sweater further over his wrists, a smile slowly spreading across his face. “I’m the least uptight about that stuff.”

“I know you are, I just wanted to let you know,” the host says. “I’ve known your name for a long time.”

Josh Gondelman is currently a staff writer at HBO’s Emmy Award-winning “Last Week Tonight with John Oliver,” but has also been a standup comedian for about 12 years. He started while a student at Brandeis University, and made his way through the Boston comedy scene. Eventually he came to New York, and after co-developing the Twitter account “Modern Seinfeld” was hired by ”Last Week Tonight.”

Coming to New York forced Gondelman to hone his standup game in a big way. “For the first six months, it was just like, ‘I don’t even know if I can do this,’” he says. “There are so many great comedians [in New York].”

Gondelman’s first album, “Everything’s the Best!” featured the musings of his 19-26 year-old self. His new one, “Physical Whisper” features a more mature, mindful comedian. It includes thoughts on romance and life in New York, sex and life in Boston, weddings and funerals.

In one joke, Gondelman mentions that he and his girlfriend (now fiancee, author Maris Kreizman) are both Jewish: “We have our own struggle. Recently, we were kissing on the couch as young lovers do, and we knocked a glass off the table. It fell to the ground, shattered, and now technically we’re married.”

When he was younger, Gondelman attended conservative synagogue on major Jewish holidays and says the tradition of Jewish cultural and comedians, particularly Mel Brooks, has profoundly influenced him.

“I feel like my parents were open to this as a career for me maybe partly because of feeling that tradition,” he says.