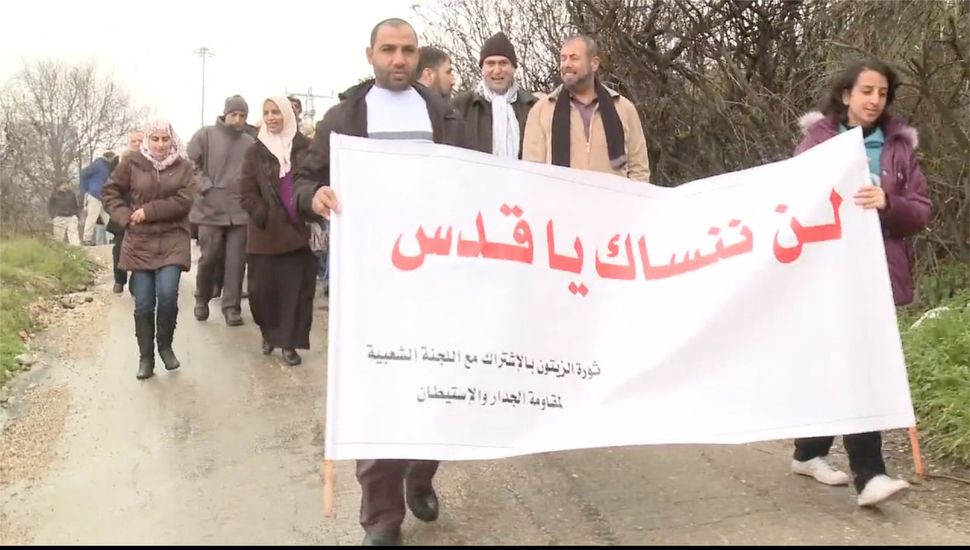 Acclaimed Orthodox Jewish documentary filmmaker Menachem Daum is not one to shy away from controversy.

In his newest film, “The Ruins of Lifta: Where the Holocaust and Nakba Meet,” which he produced with longtime collaborator Oren Rudavsky, he explores his personal feelings, as a child of Holocaust survivors, towards the Palestinians.

Daum is best known for his two previous documentaries, both of which were also linked to the Holocaust. 1997’s “A Life Apart” warmly portrayed the revived Hasidic communities after the devastation of East European Jewry. As a son of Gerer Hasidim and a devoted fan of Rabbi Shlomo Carlebach, the subject was close to his heart.

In his second film, “Hiding and Seeking” (2003), Daum portrayed his attempts to show his two ultra-Orthodox sons in Jerusalem that all people are created in God’s image, by bringing them to Poland to meet the gentile family who hid their grandfather. Daum had been concerned that the yeshivas were preaching hostility towards the “goyim” and were encouraging their students to isolate themselves from the secular world. Daum insisted that his sons acknowledge their existence was due solely to these kind-hearted Poles.

“The Ruins of Lifta” takes this theme one step further. Daum was motivated to make the film after a question posed by a Jewish audience member following a screening of “Hiding and Seeking”: “Ok, so you’ve convinced me that there may be some good Poles but you admit that the Palestinians are murderers who want to kill us just because we’re Jews.” Daum didn’t know how to respond. He too was raised with the belief that “the Palestinians are just like the Nazis” who “want to complete what Hitler started.”

Eventually, Daum decided that it was time for him to meet a Palestinian personally. On a visit to the West Bank he was introduced to Yacoub Odeh. The film portrays Daum’s discussions with Yacoub, and in fact, Yacoub’s voice dominates throughout as Daum allows him to vent his anger at the Israeli occupation. Yacoub lives in Shuafat, but his heart is in Lifta, a Palestinian village near Jerusalem where he was born and raised.

In 1948, when Israeli militias practically chased the Palestinians from their homes, Daum’s uncle was one of them. In the film, Daum defends Yacoub’s battle to preserve the ruins of Lifta since, as Daum says, “how can we Jews demand that the world preserve the historic Jewish sites, while we simultaneously destroy Arab culture?” Daum also examines his own uncle’s role in Lifta in 1948 when he served in the Lehi, a Zionist extremist organization. Daum draws a parallel between the Palestinian Nakba experience — through Yacoub; and the pain that the Jews suffered in the Holocaust — through Dasha Rittenberg, a Jewish survivor of four concentration camps.

The result is a film that intertwines the personal and the political as Daum maneuvers between the anguish of all sides. Gradually, he seems to concede the complexity of the conversation, which requires much more than a naive attempt to “make friends” with the other side.