Why Do So Many South American Jews Write About Oppression? 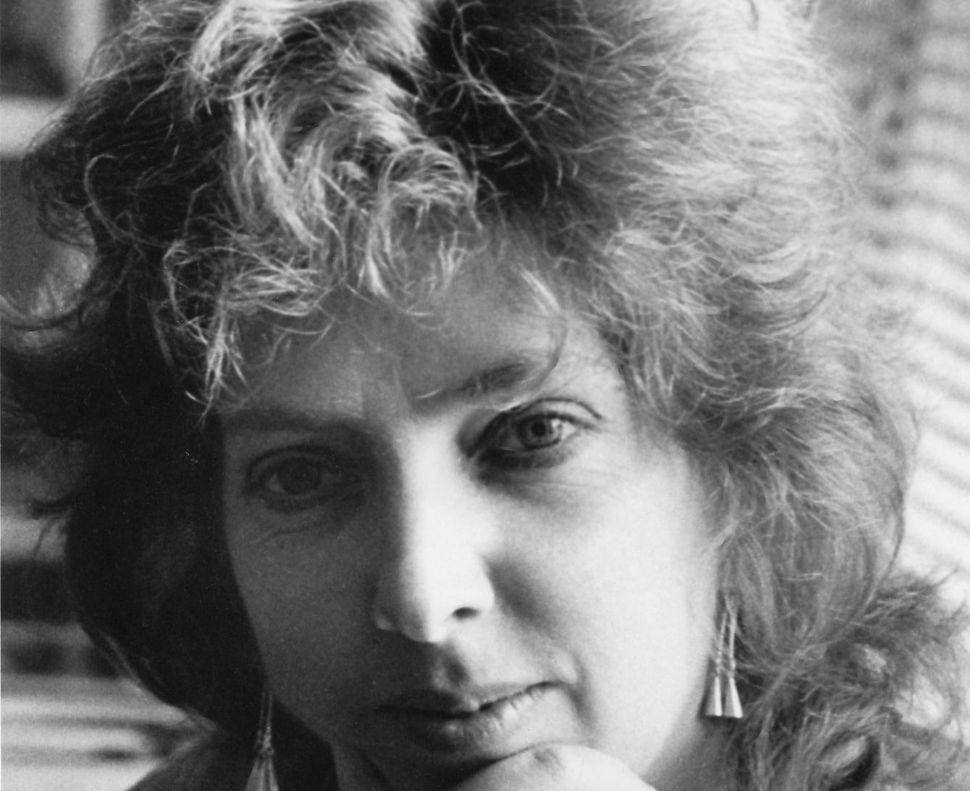 The Chilean-born Jewish poet Marjorie Agosín has written “Always From Somewhere Else: A Memoir of My Chilean Jewish Father”; “Memory, Oblivion, and Jewish Culture in Latin America”; and “Taking Root: Narratives of Jewish Women in Latin America,” among other books. After fleeing the dictatorship of President Augusto Pinochet in Chile with her parents in the 1970s, Agosín was raised in America, where she became a human rights advocate. A teacher of Spanish and Latin American literature at Wellesley College, Agosín’s latest poetry collections are from Swan Isle Press and White Pine Press. Recently, from her vacation home in Maine, Professor Agosín spoke to The Forward’s Benjamin Ivry about subjects close to her heart as a writer.

Benjamin Ivry: You edited a book about Gabriela Mistral (1889-1957), the first Latin American woman to win a Nobel Prize in Literature, a Chilean who claimed to have Jewish ancestry. Is there anything Jewish about Mistral’s writing, apart from such poems as “To the Hebrew People,” an elegy to Polish Jews killed in pogroms?

Marjorie Agosín: Gabriela Mistral liked to create many fables about who she was, and like many artists, she created herself many times. I do believe she had some Jewish ancestry. She was instructed by her sister and mother in the Psalms, which at the time [in Chile] only Jewish people studied. For me, her concern with social justice and ethics, minority groups and indigenous people, has a Jewish sensibility. During the Nazi period, she actively obtained visas for Jewish refugees.

In a 2004 online interview, you quote the Israeli author David Grossman that “All writers are Jewish,” since writers decode the world and Jews decipher the Torah. If you had asked T.S. Eliot, Ezra Pound, or Louis-Ferdinand Céline whether all writers are Jewish, would they have agreed?

No, because they are anti-Semitic. But that doesn’t mean that they don’t participate in what David Grossman was talking about in a documentary film, in which he speaks of his total commitment to living in Israel and the city of Jerusalem. I think the decoding of things, the passionate intellectual need to understand, is part of Jewish sensibility. Right now, thinking about it, it may be exaggerated to say that all writers are Jewish.

Among others, the Chilean Jewish writer Ariel Dorfman and the Argentinian Jew Jacobo Timerman have written extensively against human rights abuses. Why do so many South American Jews write about oppression? Because bad things tend to happen to Jewish writers, or they recognize warning signs before others notice, or don’t mind if readers find them annoying?

I think really it is a much more simple answer. People like Timerman and Dorfman were part of generations that suffered terribly because of dictatorships. So they write about what happened to them and their countries, and have the courageous belief that an author should write about things as a witness.

In your solidarity with Jews and women, how do you respond to Henry Kissinger and Margaret Thatcher being such loyal friends to General Pinochet?

I am very glad that you asked this question, because I believe that Henry Kissinger acted immorally in Latin America. He supported a murderer and it’s very conflicted for me that a Jew should be supporting this evilness. For me, this is not the kind of good Jew who inspires better lives for our people. I feel very conflicted about [Kissinger] having so much power, even now. I definitely believe Margaret Thatcher became a friend of Pinochet during the Falklands War, but I have a completely different vision of feminism and humanism, and could never believe that Margaret Thatcher was an icon of feminism. I do not think that she represents the values.

Was the 1982 film “Missing,” starring Jack Lemmon and Sissy Spacek, about the American Jewish filmmaker Charles Edmund Lazar Horman, killed during Pinochet’s 1973 coup d’état, a reliable representation of that era?

For me, it was an instrumental movie. I was younger then, but that movie made me write a lot as a poet, and it was absolutely accurate. It was a very sobering experience to watch this movie.

In 2014 you told the “Times Union” about your novel for young readers, “I Lived on Butterfly Hill”: “I also wanted to put some humor and made Pinochet die of a terrible cold.” What’s funny about that?

This novel was written for young adults. We always think that a powerful dictator is larger than life, but he died of a cold, a very common thing. All of sudden, his authority diminished, like the Witch in the “Wizard of Oz.” It sort of trivializes his power. Also, so that children will not be impressed by authoritarian figures, and have a different relationship with power.

In a 1990 essay, “Art Under Dictatorship,” you refer to Pinochet’s government burning books, adding that in 1986, “the government burned a youth, Rodrigo Rojas.” Last year, a judge in Chile questioned former military officers, after the mother of Rojas, a Chilean-born American photographer who had been burned alive, persistently campaigned for justice. Is there symbolic correspondence between burning books and people?

Yes. The mother of Rodrigo Rojas is a human rights activist who lives in Washington, D.C. Life is sacred, but I also think a book is sacred. The way we bury the Torah speaks in a very symbolic way of the power of words. There is a strong correspondence, and it is the sacredness of beauty and dignity. Although for me, nothing is more sacred than human life.

You praise Lotty Rosenfeld (born 1943), a Chilean visual artist of Polish Jewish origin, who protested the dictatorship by painting crosses on the road to change traffic directions in public spaces. Was there symbolic intent in this Jewish artist’s drawing misleading crosses in a Catholic country?

Not necessarily. Lotty Rosenfeld is a secular Jew who belongs to a group of avant-garde artists. She really wanted to disorient people, to say that life does not have the rigidity that the military wanted. She did the crosses so that a supposedly pious nation would understand the crimes that were being committed in front of their eyes.

In “A Cross and a Star: Memoirs of a Jewish Girl in Chile” a fictionalized account of your mother’s life, in the 1990s when she returns to her hometown of Osorno, she sees portraits of Hitler on sale in antique shops. Were they considered treasures or junk shop rejects?

Those shops I talk about in the book are real. I went with my husband and saw them. They are antique shops, quite elegant, and sell memorabilia. Those shops are popular, and there is a lot of anti-Semitism in Chile, very strong, especially in the South which became a refuge for Nazis and Nazi sympathizers, so these images of Hitler are on sale and people buy them.

Your book “Tapestries of Hope, Threads of Love: The Arpillera Movement in Chile, 1974-1994” about how Chilean women embroidered patchwork tapestries expressing their grief, seems to correspond to the Jewish domestic tradition of textile creation to express identity.

When I started with this study, during the beginning of the dictatorship, I was so interested that the voices of those who had been victimized, their children taken away, still found a way to tell their story. I was interested that they found textiles as another form of language and art. The Jewish connection I began to think about later. In my anthology “Stitching Resistance,” I discuss how people around the world use textiles for identity, including survivors of the Shoah, women as advocates of memory.

Your anthology “Miriam’s Daughters” unites Latin American Jewish women poets in homage to Miriam, the sister of Moses, symbolizing all women who “persisted and endured.” You’ve said that since childhood you liked to call yourself Miriam, since the name Marjorie was unfamiliar to Chileans. Yet in the Book of Exodus, Miriam stars in a musical celebration immediately after her enemies are killed. Is she an appropriate model for us today?

They called me Miriam in the Hebrew school I went to. It seems that the world always sings a song when the enemies die. Miriam shows us that like all of us, the Biblical characters are human. I especially like her tenacity and ability to lead. To celebrate that the enemy was gone. If you look at footage of an interview with Hillary Clinton, you can see that she was happy when [Colonel Muammar] Gaddafi died.

Why Do So Many South American Jews Write About Oppression?