The Secret Jewish History of Shirley Jackson and ‘The Lottery’

The centenary of Shirley Jackson (1916 –1965), noted for her horror stories such as “The Lottery” (1948), and the novel “The Haunting of Hill House” (1959), will be celebrated in December. New publications and reprints commemorate this writer who has chilled millions. Claimed by Stephen King, among others, as a major influence, Jackson was married to the American Jewish literary critic Stanley Edgar Hyman (1919–1970), whose many works have yet to enjoy a comparable revival. “Shirley Jackson: A Rather Haunted Life,” a new biography from Norton Publishers, explains in detail the marriage and how both writers produced their works. It was written by the critic and editor Ruth Franklin, who has previously written about Holocaust fiction. Recently The Forward’s Benjamin Ivry spoke with Franklin about the intricacies of Jackson’s work and her life with Hyman. 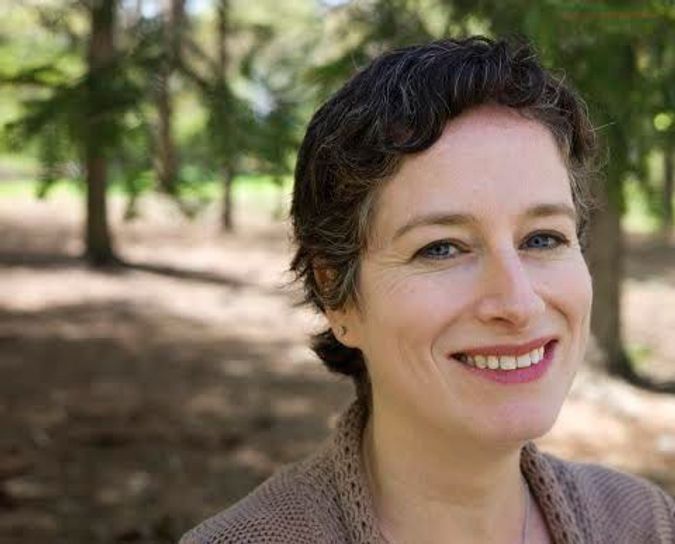 Benjamin Ivry: Jackson supposedly told a friend that “The Lottery” is about anti-Semitism. You compare it to David Rousset’s “The Other Kingdom,” (1947) describing how concentration camp prisoners were forced to harm one another. Is there anything specifically Jewish in “The Lottery?”

Ruth Franklin: Specifically Jewish, I wouldn’t say. [Jackson] took great pains to make the story as universal as possible and that’s precisely why it’s had such an enduring life and afterlife. Jackson didn’t identify as a Jew exactly but as someone with a very strong Jewish connection, which many of her readers might not have suspected.

Jackson’s 1948 novel “The Road Through the Wall” was inspired by her experiences growing up in Burlingame, California in the 1930s. Some girls mocked by classmates in a small town include Marilyn, who as a Jew is excluded from a Shakespeare reading circle because she might be offended by Shylock in “The Merchant of Venice.” The story culminates with the murder of a child; was Jackson trying to imply that petty mockery can lead to tragedy, or were such social messages foreign to her writing?

I think actually the social message is quite strong in that book. It deals with prejudice in several different forms. That Jackson chose to portray a Jewish family in the book is significant in a story about the poison of suburbia, where the neighbors’ behavior is damaging and destructive.

In 1940, Jackson married Stanley Edgar Hyman, a product of Borough Park, Brooklyn whose mother taught her how to prepare potato kugel and latkes. Since both Jackson and Hyman would die young of heart disease, was an unhealthy diet part of the reason, or were chain-smoking, sedentary, stressful literary lifestyles also to blame? They were heavy drinkers, and Jackson favored a “coffee, candy and amphetamines” diet, according to one biographer.

Sure. Part of it was the times, but also the diet, not just the Jewish diet but the American diet was meat and potatoes, not heart-friendly. Both Jackson and Hyman had problems with their weight throughout their lives. She took amphetamines to lose weight. The Jewish diet with potato kugel and pastrami didn’t help. Their children remember Stanley’s parents coming up from New York and bringing all kinds of delicatessen, smoked meats and fish.

You quote Hyman’s brother who likens him to a “Talmudic scholar” who left all household and earthly cares to his wife while focusing on his studies. Had Hyman shared domestic duties a bit more, might Jackson’s life have been longer?

Would [Jackson] have lived longer? It’s hard to say. Hyman was a man of his era, when the expectation was not that men would even give a baby a bottle. But even in that era when men were expected to do less, Hyman stood out.

Persecution of otherness in New England villages is a theme often seen in Jackson’s work, in novels such as “We Have Always Lived in the Castle,” “The Haunting of Hill House” and “The Sundial.” Jackson and Hyman lived for several years in North Bennington, Vermont, where they complained about anti-Semitism and anti-intellectualism, yet an annual Shirley Jackson Day was proclaimed starting last year in North Bennington on June 27, the day the lethal drawing occurred in “The Lottery.” Is an actual stoning part of the festivities?

I was the guest speaker there last year and there wasn’t any stoning. I can’t speak about what happens other years. I doubt they keep up the tradition [of stoning]. Jackson has a mixed legacy in North Bennington. There is no plaque or anything commemorating the fact that this great American author spent so many years there.

In small New England towns where they would live, Jackson identified with Hyman as an outsider. Beyond his Judaism, didn’t Hyman further isolate himself by his taste for polemics and combats, attacking writers and university experts in Judaica, folklore, numismatics? He could be short-tempered and was peeved when Isaac Bashevis Singer, on a visit to Bennington, called him Edgar.

Right, I think especially early in his career [Hyman’s] criticism did have this pugilistic quality. He has a very brash and decisive tone. When his editor of his first book, “The Armed Vision,” was looking for blurbs for the book, he realized that anyone he might have asked for blurbs was attacked in the book. [Hyman’s] tone mellowed later in life. When he was doing his best work for “The New Leader,” the hatchet jobs are few and far between. I discovered from Hyman’s FBI file that he had been under investigation during the late 40s and 50s as a suspected Communist. When [the FBI] asked his colleagues at Bennington, they said they didn’t like him very much but they had no reason to think he was un-American.

In North Bennington, when Jackson accused a local schoolteacher of abusing students, swastikas were drawn in soap on the windows of the Hyman home. Was Jackson prepared for this reaction?

My sense is that she was surprised. She certainly was deeply affected by this episode with the schoolteacher. You’d think that the author of “The Lottery” would be able to predict this, but this was ten years after she had written “The Lottery,” and this was a place they had lived in for a while. Her children remember having stones being thrown at them and being called names by town children. There was conflict between the locals and the children of the Bennington professors. The children felt it was not simply because they were Jewish, but because their politics, very liberal, were out of sync with the rest of the village. Or just that they were a little weird.

In a 1956 essay about Isaac Babel, Hyman quotes Babel about his house being “impregnated with the smell of leeks and Jewish destiny.” Was the same true of the Hyman home, or was the aroma more of cigarettes, booze, potato kugel, and the eleven cats Jackson kept at one time?

[Jackson] had different numbers of cats at different points. The number I have heard more often was six. People do talk about the smell of cats in the house, but then many of them were outdoor cats. It’s safe to say there were a lot of smells going on.

Why are Hyman’s books out of print, while Jackson has been included in The Library of America? Do Hyman’s “The Tangled Bank” or “The Armed Vision” deserve to be reprinted?

It pains me to say this, but only the rare literary critic’s works endure past his or her generation. We can count on one hand the ones who do. The reason why Hyman’s works do not was that his role was to criticize the critic. Hyman’s greatest work was the course he gave at Bennington on myth, ritual, and literature, an absolutely original way of studying works from Shakespeare to blues lyrics in the framework of mythology. I spoke to many of his students, and every one remembered his influence. That was the great intellectual effort of his life.

In a review of a memoir by the Scottish Jewish writer David Daiches, Hyman stated: “Like so many skewed Talmudists, Daiches is a specialist in the rabbinic niceties of literary criticism.” Was Hyman’s style of criticism Talmudic?

I think he believed in the Talmudic tradition of argument and close reading and he really valued the process. It’s all about the interpretation.

The Secret Jewish History of Shirley Jackson and ‘The Lottery’