The Secret Jewish History of the NBC Peacock

Larry Pomerance is 82 and still smokes. He sits on a windy terrace eating a bialy.

I’ve known Larry for eight years and I can say without qualification that what he terms “mishegas” is funny and worth sharing. Not that I didn’t have to practically pull teeth to get him to sit down (the bialys helped) and talk. Larry has yet to retire as a stockbroker, his second career after a memorable stretch in the 1950’s and 1960’s in TV commercial animation. He’s a grandfather, a Mel Brooks fan, a former Brooklyn Dodgers fan, a history nut, and could once play Chopin “pretty decently”. But when he casually mentioned that he helped produce the iconic color version NBC peacock, back in the day, I said, “Wow!” – and he admitted no one was left alive to tell this tale.

Ultimately, all octogenarians contain multitudes if you only ask them. Finally this one agreed to tell me the backstory of the bird, after Larry graduated from Williams College in 1955.

Well, like every new graduate I was confused. I was a music major who had taken almost enough classes for pre-med, maybe to please my family, who saw being a doctor as a surefire career. I wasn’t sure how I felt about it. Fortunately my uncle Leo Pomerance, a fellow who would later become the founder of the Chicago Board of Options, helped me find an entry job on Wall Street. I didn’t love it, so I tried medical school for eighteen months, but that didn’t feel right either. I could pass neuroanatomy but I just wasn’t ready to be an adult.

It was the advertising world that intrigued me, especially animation. But Jews were also invisible in the advertising industry then. The most prestigious, coveted jobs were the copywriters and the account executives. There was only one Jewish agency — Doyle Dane Bernbach — and they were a good agency, but they were known as the Jew agency. Well, that same uncle Leo who helped me get my first job, also knew somebody at a brand new animation firm called Elektra through his leftist contacts. I was 23 years old and I quit medical school to be a messenger boy for $55 a week.

Elektra was on East 52nd Street, and we made very sophisticated animated commercials for television with top artists, using musicians like Dizzy Gillespie. We were probably the best animation house in the city. And probably the most expensive. We made a lot of one-minute commercials and they were usually billed out at around $10,000, which was a lot of money when I got there in 1957. 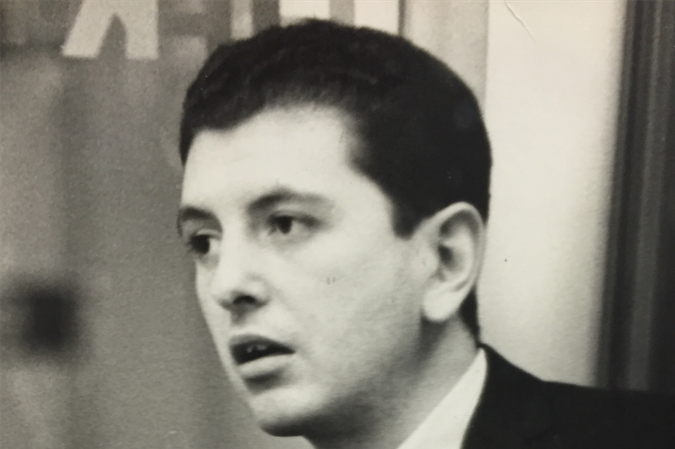 When I was hired the place was jumping. We were doing a series of commercials for Chevron — back then automobiles all had big tail fins, and we had an animated character named Hy Finn (in 1957 people thought that was very funny). We had plenty of work. A year into my employment, the recession of 1958 hits. The Eisenhower Recession. Most of the staff got let go. We were left with Abe Liss, the owner; his wife May who was the bookkeeper; Harry Chang who was the editor; and me. They kept me because they paid me so little and I got coffee for everybody, and sometimes I answered the phone, which was JUdson 2-3606.

During this recession I painted the fancy camera room because it was the only job left for me to do besides get coffee. But what saved us was the first NBC peacock, which we had already done: “Brought to you in living color.” We had to shoot that title, lay that onto a new negative, and send out peacocks all over the United States. So I would go to Movielab on 11th Avenue and pick up a reel of 16-millimeter film that was a thousand feet long. I would unwind one peacock, put it on a little reel, put it in a box, put a label on it and then I sent those out to 500 TV stations. Frankly, that kept us alive because we charged pretty good for that service. Believe me — it paid my salary. 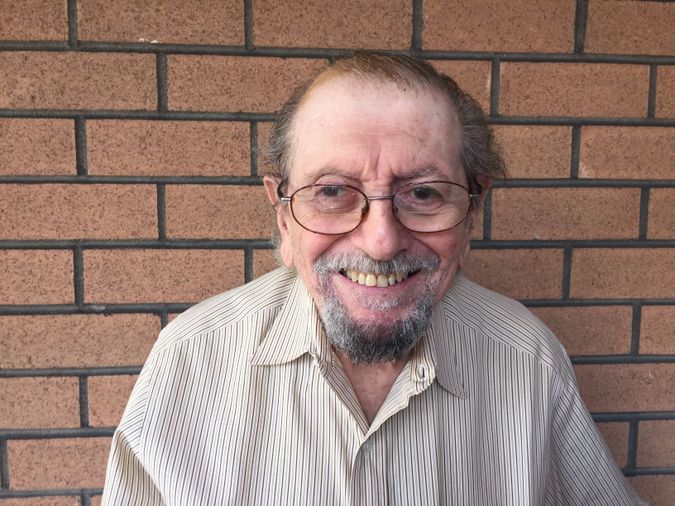 1962, the year I was 28, I was production manager and NBC wanted a new peacock; they were owned by RCA, and RCA wanted to get viewers to buy their color TVs. Unless your readers are of a certain age, they might not realize that the peacock in its two iterations was used in at the start of every color broadcast that NBC aired. Every single one! This started out when color TV was a novelty. Not everybody had a color set. They were going to introduce the new peacock on a hit Western show they had called “Laramie” starring John Smith and Robert Fuller as gunslingers. So it became known as the Laramie Peacock. It’s probably the most iconic one, designed by a guy at our place whose name was Cliff Roberts, and overseen by my boss Abe. The design was a 12-second thing. You had six partially overlapping circles that began to move on each other and when a certain amount of the movement was complete, it would morph into the peacock and the tail feathers. We had a cameraman named Herb Hughes, an English gentleman who reminded you of a tall Stan Laurel. Herb was very thin, very nervous and was afraid of two things: his wife, and me. He worked overtime a lot and I would hear a rather loud lady on the phone yelling at him, asking why he wasn’t home. Herb’s hands shook on occasion, he drank coffee incessantly, and smoked incessantly. That wasn’t really good for a cameraman working on animation — he was constantly spilling coffee and cigarette ashes on the camera stand. The day we shoot the first test for the new peacock, Herb starts out being a very nervous guy. The film comes back from the lab and I put it on the Moviola. And I’m becoming physically ill. The peacock feathers move on each other, and they cancel each other out. The screen goes white. After six seconds, I have a completely white screen! With a 12-second design!

On top of that, Herb has shot the thing upside down. He’s done this because there’s no frame of reference. When he’s shooting an animated character, he knows which is the top and which is the bottom. But with these circles of transparent gel, there’s no head and no body — it’s not his fault, but he shoots it upside down. I call him into the editing room. And I say, “Herb, you shot this upside down.” He says, “No, I didn’t.” I say, “Herb? I just ran it for you, and it’s upside down.” And now Herb gives me one of the great lines of my life: “It must have happened in the lab.” I say to Herb, “If you don’t understand that you’ve shot it upside down, you will continue to shoot it upside down.” Well, that was the easiest problem to solve.

“Cliff the designer is in Europe, the gels don’t work, we can’t tell this to NBC because that’s what they’ve approved, these gels. The big boss Abe, mad as hell, figures out that we have six good seconds. We have to find a way to use the six seconds, twice. Abe designs two arcs that sweep down and reveal gels behind them. Those gels are the original six seconds shot backwards. It’s the advertising equivalent of when they jerry-rigged Apollo 13 on the way home. It’s genius.

We finally finish and we go to have the new peacock approved at 30 Rock with the president of the network, Robert Kintner, Mr. NBC. We get to his office to set up and Kintner is not there yet. I take a look at the monitor. Everything is orange. And I can’t change anything there. I said to my boss, Abe, “This is the NBC peacock… the colors, they have to be right. We have an orange screen!” Abe looked at me and said, very helpfully, “Well, do something.”

So I ran out in the hall, got in the elevator, went down to NBC’s video control room, and I said, “We have an orange peacock!” Those guys set a world record for quickest color correction. I dash up in the elevator about a minute before Kintner walks in. He was a distinguished-looking fellow. We ran it, and he says “Terrific, let’s go.” Very big exhale. It was on the air shortly thereafter on January 1st, 1962.

This story was written as part of the Forward’s new column ‘Shapiro’s Heroes,’ in which author Laurie Gwen Shapiro writes about under-the-radar Jewish people past and present, from all over the world.

The Secret Jewish History of the NBC Peacock