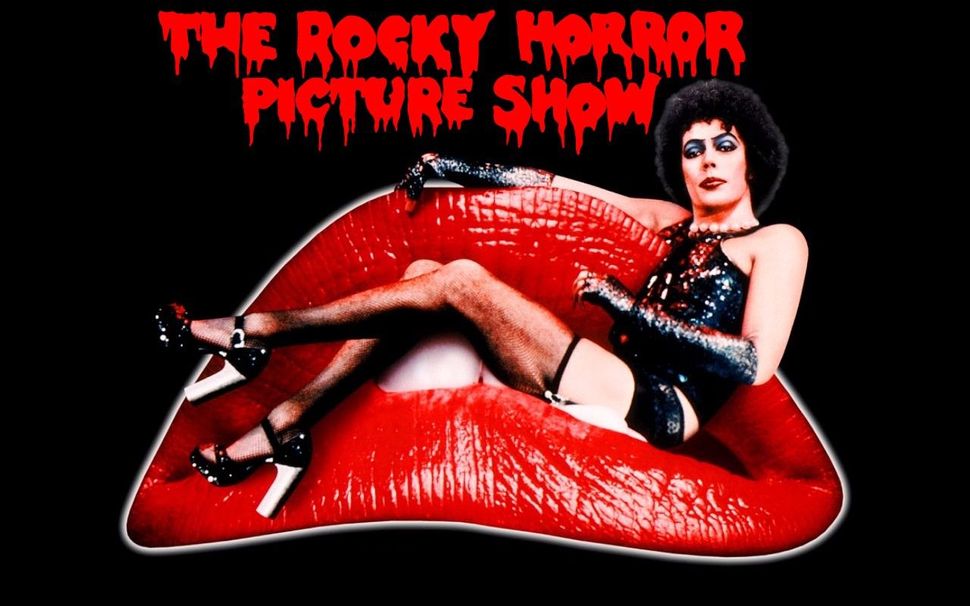 “Rocky Horror” is the cultural phenomenon that simply refuses to die. Rather, since its first incarnation as a 1973 stage musical in London, “The Rocky Horror Picture Show” has been continuously reborn on the silver screen, in subsequent Broadway stage productions, and now, as a 21st-century direct-to-TV film. “The Rocky Horror Picture Show: Let’s Do the Time Warp Again” premieres on the Fox network on October 20, with an all-new cast performing the same old songs and the same wacky, transgressive story – a parody of 1950s B-movie horror and sci-fi spectacles, this time out starring Laverne Cox of “Orange Is the New Black” fame as the transgender Dr. Frank-N-Furter, the mad-scientist role originated by Tim Curry (who reappears in today’s version as the narrator).

In all its incarnations, however, “Rocky Horror” has always been more than just a performance. Its appeal has been widely driven as a participatory event. Film critic Roger Ebert summarized it best writing about the original 1975 film: “‘The Rocky Horror Picture Show’ is not so much a movie as more of a long-running social phenomenon,” because “the fans put on a better show than anything on the screen.” What Ebert refers to is the interactive tradition that has grown up around “Rocky Horror,” whereby fans attend midnight showings primed for a party as much as a screening: reciting the lines out loud along with the characters and interspersing them with “callouts” — responses that have been accepted into the Rocky Horror canon much as the Talmud is commentary on the Mishnah that has in and of itself become part of the sacred text. In the case of “Rocky Horror,” this also includes activities, such as throwing rice or confetti in the air when the married couple in the film leaves the church; squirting water pistols during a rainstorm; and tossing rolls of toilet paper when one character says “Great Scott!”

In one of the most overtly Jewish moments in and outside of the film, a speech by Dr. Frank-N-Furter hailing the creation of the Golem-like creature of the title, Rocky Horror, is met by chaotic noisemaking on the part of the partygoers onscreen and off. In the original film, some of the crowd generates noise with ratchets – a percussion instrument that looks suspiciously like a gragger, as if Dr. Frank had said “Haman.” There are other Purim-like touches in the film, such that temple congregations have made “Rocky Horror” into part of their annual ritual, such as a “Rockin’ Hora Purimshpiel” in which several of the musical numbers are rewritten as Purim songs.

Other Judaized versions of “Rocky Horror” that have appeared over the years include “Hebrew Horror,” which was staged in Los Angeles in 2007, and the “Rocky Hora Chanukah Song” by the Jewish punk-rock parody group, the Shlomones (sort of a redundancy, since several members of the Ramones were in fact Jewish, as was their outlook in numerous ways, including their song, “Bonzo Goes to Bitburg.”

The original London stage version was produced by British-Jewish theatrical impresario Michael White, who was born to Eastern European Jewish-immigrant parents in Glasgow, Scotland. White’s credits had already included the boundary-shattering “Oh! Calcutta!” — the first all-nude revue in commercial theater — and he went on to co-produce the “Rocky Horror” film as well as “Monty Python and the Holy Grail.”

The original musical and film were decades before their time in celebrating the sexual fluidity of the LGBT world – indeed, there wasn’t such a term as LGBT, much less a socio-political acceptance of it, for years to come. The new TV film version is in no small part an effort to seize this cultural moment when LGBT, and particularly transgender issues, are now part of mainstream political and cultural discussion, especially what with the casting of openly trans actress Laverne Cox.

The original did, however, have a political consciousness beyond its seemingly outrageous effort to provoke. Dr. Frank-n-Furter’s lab coat in the movie was inspired by a Nazi concentration camp inmate uniform and was adorned by the pink triangle that the Nazis used to label what we now call LGBT inmates. And in the film at least, there were implications that Frank’s rival, Dr. Scott — who will be portrayed by Ben Vereen in the TV version — was a Nazi.

The new filmed version is again produced by music industry legend Lou Adler, who was responsible for turning the stage musical into the original film starring Tim Curry, Susan Sarandon, Barry Bostwick and Meat Loaf. Helping Adler out this time is Brooklyn-born, Long Island-raised Gail Berman (former president of Fox Broadcasting Company), and the two have brought in Kenny Ortega – who choreographed the Catskills nostalgia film, “Dirty Dancing – to direct.

This time out, Eddie will be played by American Idol star Adam Lambert, the role played by Meat Loaf in the original Broadway cast and film. Lambert, who starred as Joshua in “The Ten Commandments: The Musical,” has achieved fame as a solo artist and as the replacement for the late frontman Freddie Mercury in the rock band Queen. Lambert’s Jewish mother, Leila, was a dental hygienist.

One thing is odd though — why remake “Rocky Horror” only as a TV film and not for theatrical release, thereby eliminating the opportunities for reprising the film’s communal aspect and audience participation? Perhaps in this security-conscious and litigious era, the notion of inviting audiences into movie theaters to wreak havoc upon each other and the screen itself preempted such a distribution strategy. While we may have come far in our acceptance of what is being celebrated on the screen, we have lost something else along the way.

Seth Rogovoy is a contributing editor to the Forward. He is a recipient of a 2016 Simon Rockower Award from the American Jewish Press Association for excellence in arts and criticism.