America’s Orchestras Are At War — Could More Jewish Musicians Help? 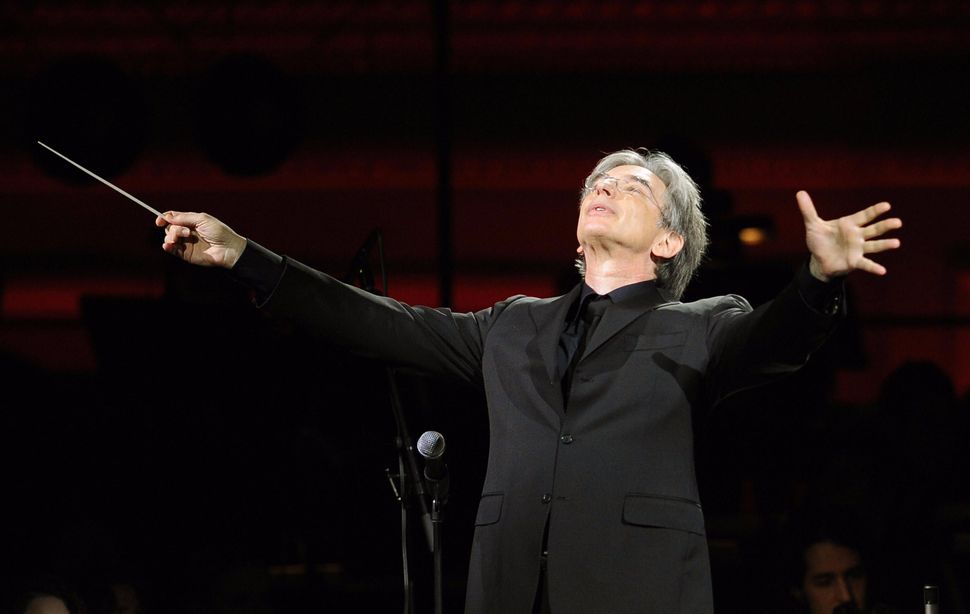 In September, when a last-minute negotiation effort failed, the Philadelphia Orchestra went on strike after an audience had already gathered for its seasonal opening-night gala. Hackles were raised. The Philadelphia Inquirer reported:

“‘Shame on you!’ shouted a couple of philanthropists as players walked through the Kimmel Center lobby and out onto a Broad Street picket line Friday night.”

Other donors remained at the concert hall to enjoy a scheduled dinner while musicians circled in the evening drizzle, defending their salaries and pensions. Strikes were called recently by orchestras in Pittsburgh and Fort Worth, and not long ago in Indianapolis and Minnesota. Empathy lessons for some concertgoers and philanthropists — etymologically speaking, lovers of humankind — might be timely.

On October 4, an administrative letter was sent to striking members of the Pittsburgh Symphony. Addressed to “Dear Employee,” it noted that to keep Heinz Hall open during a strike “may require us to hire replacement workers, either on a temporary or permanent basis, as will be determined by the business necessity that we face.” The apparent intent of this missive, to warn about possibly hiring musical scabs to replace strikers, was later denied by Pittsburgh Symphony administration.

Personally identifying with musicians on a human level may not be essential for appreciating concerts, but surely helps create lifelong emotional bonds with symphonies as social institutions. Part of that bond is identifying with the cultural statements of an orchestra in its programming. Philadelphia music lovers were denied at the last minute a scheduled program of music from Leonard Bernstein’s “On the Town,” George Gershwin’s “An American in Paris,” and other popular items. In Pittsburgh, cancelled concerts for October included performances by the Tel Aviv-born soloist Pinchas Zukerman playing Bruch’s Violin Concerto No. 1, followed by events featuring the overfamiliar Dvorak “New World” Symphony as well as music by the Beatles and screen composer John Williams. Another concert paired Béla Bartók’s “Concerto for Orchestra” with songs written by the Icelandic singer-songwriter Björk in a seemingly indigestible mix. Is it pandering – or just realistic marketing – to presume that audiences are incapable of caring about anything but symphonic chestnuts, glitzy pops, and orchestrated rock n’ roll plus Hollywoodiana? What can revive audience interest in orchestras playing unfamiliar, as well as core classical, repertory?

Michael Kaiser, chairman of the DeVos Institute of Arts Management at the University of Maryland and former president of the Kennedy Center in Washington, is a leading arts consultant who prepared a confidential report for the Philadelphia Orchestra earlier this year, offering advice for future development. Kaiser told The Forward:

“Ambitious, thoughtful programming is an arts organization’s greatest strength. I consistently emphasize to arts managers and board members that great art – when it’s well-marketed – generates a loyal ‘family’ of patrons and donors who are proud to support the organization and its work… I encourage the institutions I work with to offer bold, ‘big idea’ programming, whether that encompasses a risky commission, a major collaboration, a new festival, or something else entirely – or a thoughtful mix of several strategies. It’s important to create a sense of excitement and surprise in our programming that captures the interest of concertgoers and donors alike, and many orchestras — such as the San Francisco Symphony — are doing a great job of accomplishing that.”

Of course, the San Francisco Symphony has benefited from the stable stewardship of Michael Tilson Thomas (grandson of Yiddish theater stars Boris and Bessie Thomashefsky) as music director since 1995. Known as MTT, he first conducted the ensemble in 1974. Even so, in 2013 even MTT’s orchestra went out on strike because of pay and benefits issues.

Does it matter to the “family” of patrons and donors cited by Kaiser that the demography of American orchestras has possibly shifted? Does the mishpocheh even exist any more? Sixty or seventy years ago, American orchestral rosters were crowded with names of Jewish refugees from Fascist Europe and native-born Jewish players whose first- or second-generation immigrant parents hoped their children would be new Jascha Heifetzes. Now, an unscientific perusal of orchestra personnel lists suggests that apart from Israeli-born musicians, fewer American Jewish musicians are playing in many American symphonies than decades ago. A valiant group such as the Los Angeles Jewish Symphony is an exception to the rule. These days, do young American Jewish musicians who might have wound up in orchestras prefer teaching in conservatories to hectic, uncertain orchestral careers? Or do most follow parental advice to adopt solider careers and reserve music as a weekend pursuit? Sociological research would be required to say for sure. If the numbers of Jewish rank and file musicians in orchestras are declining, this makes the aspirational role in society of superstar soloists such as Zukerman, Itzhak Perlman, and the rest of Isaac Stern’s so-called “Kosher Nostra,” all the more prominent.

By contrast, American Jewish conductors abound in the USA, including James Levine at The MET; Teddy Abrams at The Louisville Orchestra; Leonard Slatkin at the Detroit Symphony; Jeffrey Kahane at the Los Angeles Chamber Orchestra; Michael Stern at the Kansas City Symphony; David Amado at the Delaware Symphony; and Randall Craig Fleischer at the Anchorage Symphony. Stefan Sanderling of the Toledo Symphony is of German Jewish origin. Curiously, no American Jewish woman directs a major American orchestra. Does any of this matter? Surely not in terms of the music produced, and indeed by law no hiring can, or should, be based on ethnic or religious criteria.

Yet bringing concertgoers and potential donors closer to symphonies, making them empathize with them, especially in difficult economic times, might benefit from a stronger sense of personal identification. The time-honored fundraising success of the American Friends of the Israel Philharmonic Orchestra is a case in point. The America-Israel Cultural Foundation does a stellar job of making us aware of rising young musical talents from Israel, but who is promoting talented young American Jewish musicians – some of them underfunded — who might wind up playing in symphony orchestras? Kaiser observes about young performers in general, rather than specifically Jewish ones: “The reduction in size of the recording industry has been a significant factor in making it more and more difficult for younger musicians to earn a following. But there are organizations that continue to do great work in fostering the careers of young artists — the National YoungArts Foundation, for example, or Wolf Trap Opera Company or Tanglewood Music Center. These have built loyal audiences who are eager to ‘discover’ tomorrow’s stars, and this indicates that there is excitement out there for talented young artists.”

Kaiser also points to programs promoting diversity in classical music such as El Sistema, the Sphinx Organization in Detroit and Project STEP in Boston. Such educational organizations promote knowledge and understanding at a grass-roots, community-organizer level. They may not prevent future orchestral work stoppages, but when they do occur, fewer “Shame on You’s” might be hurled at striking musicians.

America’s Orchestras Are At War — Could More Jewish Musicians Help?