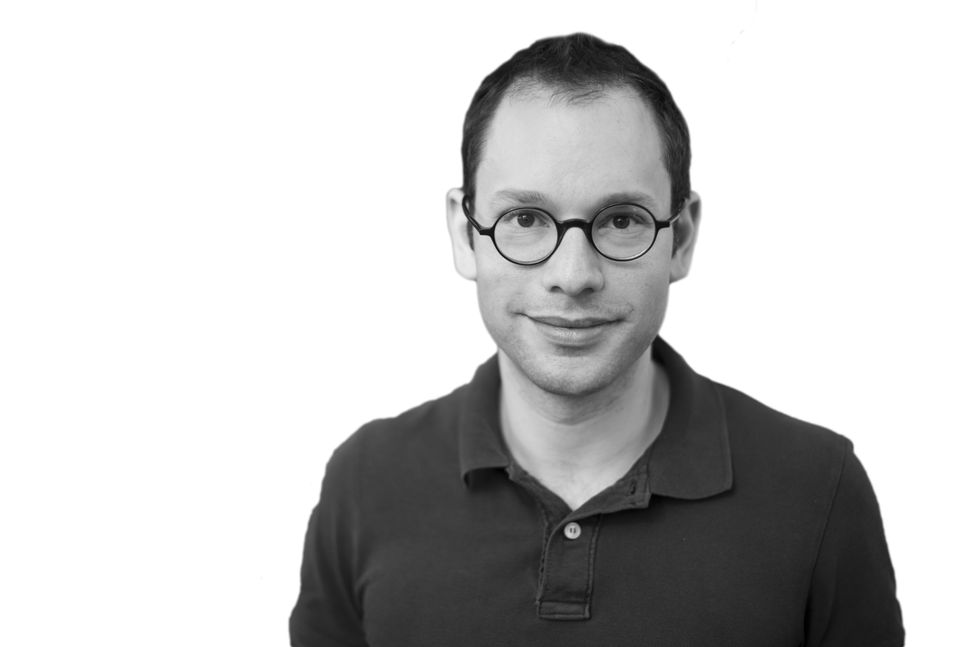 ‘Jews say that if you change where you live you’ll change your luck, but is America really that different?” That’s the first line of an excerpt from Abraham Cahan’s “The Additional Soul,” a story that, translated to English from Yiddish by Jordan Kutzik, appears in the new anthology, “Have I Got a Story For You: More Than A Century of Fiction From the Forward.”

That anthology, edited by the Forward’s critic-at-large, Ezra Glinter, is something of a protracted response to Cahan’s question. It’s a poetic answer, since Cahan, the Forward’s founding editor, established the paper with the partial goal of helping immigrants make sense of their new lives.

Was America different? To Cahan and the other writers included in the book — a mix of well-known luminaries like Sholem Asch and Isaac Bashevis Singer, and those like Rokhl Brokhes, whose work has lacked a contemporary audience — the answer was clearly “yes.” The question of what the precise distinctions would mean for the development of Jewish identity was that which required a literary exploration, one on which they embarked with wit and wisdom.

Glinter spoke with the Forward’s Talya Zax in advance of the book’s release. The following is an edited version of that conversation.

Talya Zax: What surprises you most about the writing included in this book?

Ezra Glinter: I guess I would say, as a whole, the incredible diversity that’s in there in terms of style, in terms of voice, even in terms of subject matter. It runs from the lighthearted sort of comical tales about immigrant life in America to harrowing stories of war-torn Europe.

What do you think the significance of this work might be for a non-Jewish audience?

Well, you don’t have to belong to a particular culture to enjoy and appreciate the literature that came out of it. From beyond a literary perspective, these works really reflect the history of the Jewish people in the 20th century, which is of course bound up with so much other history: both world wars, the history of Europe, the history of America. Reading these stories gives you a kind of perspective — very immediate, very colorful, very vibrant — on this very immense and significant period of world history.

How did you choose which pieces you would include in this anthology?

There were certain authors who had to be in the book, famous authors who had written for the Forward — Isaac Bashevis Singer, for example. With those authors, who I knew from the outset had to be included, the questions were what had they published in the Forward, when had they published it, but also what had not been translated. One of the important things about this book is, everything in it is previously un-translated.

But then of course there are all kinds of other writers who didn’t fall into that category from the outset. I kind of discovered their importance in the process of research, reading from and consulting secondary sources about them, consulting the translators who were interested in them. It became kind of a process of narrowing the selection and finally choosing from that for each author, one by one.

Are there pieces you regret not being able to include?

Well, I mean, there’s so much that had to be left out. Not so much because of a lack of space, but just because the formatting didn’t allow for it. There’s only one excerpt in the book; I didn’t use excerpts from the novels that were published in the Forward, which were huge; they were running sometimes two or three every day in the paper.

There’s no poetry in here, and there was poetry in the newspaper every day. That’s a regret. The other thing I would say is that because I wanted to include as many writers as I could, and as many different types of work as I could, there are a lot of writers in here who are so excellent, where there is more material out there that they published in the Forward that hasn’t been translated.

What I’d most like to see is — the Forward and the authors in this book kind of won the lottery, because it’s the only one of these Yiddish newspapers still around, but the other Yiddish newspapers of its time had just as good work, and their literature is also there, still sitting in the archive. What would it take to account for the entirety of the Yiddish press?

In the introduction, Dara Horn writes that this anthology provides “a psychological record of the invention of American Jews.” What do you think readers will find most surprising and/or illuminating about that record?

The popular culture kind of image of American Jews doesn’t really go back that far. Right? I mean, maybe a couple generations. You have elder statesmen of American Jewish culture who seem to have that connection to the past, that are still really very much of our own time. Somebody like Mel Brooks, [who] has Yiddish in his movies; he seems to be connected to that past. These stories take us back another generation, two generations, three generations. You still see the evolution of American Jewry in them, but you’re going back much further than is usually accessible to us.

In your mind, is there a future for Yiddish literature? If so, what do you see in it?

One of the things I made sure to do in this book is include contemporary Yiddish literature, so it’s not just about the past. There are two living authors in the book, including Boris Sandler, the former editor of the Forverts. And frankly, those are really strong pieces. It’s definitely a much more niche occupation to be writing in Yiddish, but people do it and they do it well, so I think as long as there are good authors there’s a future.