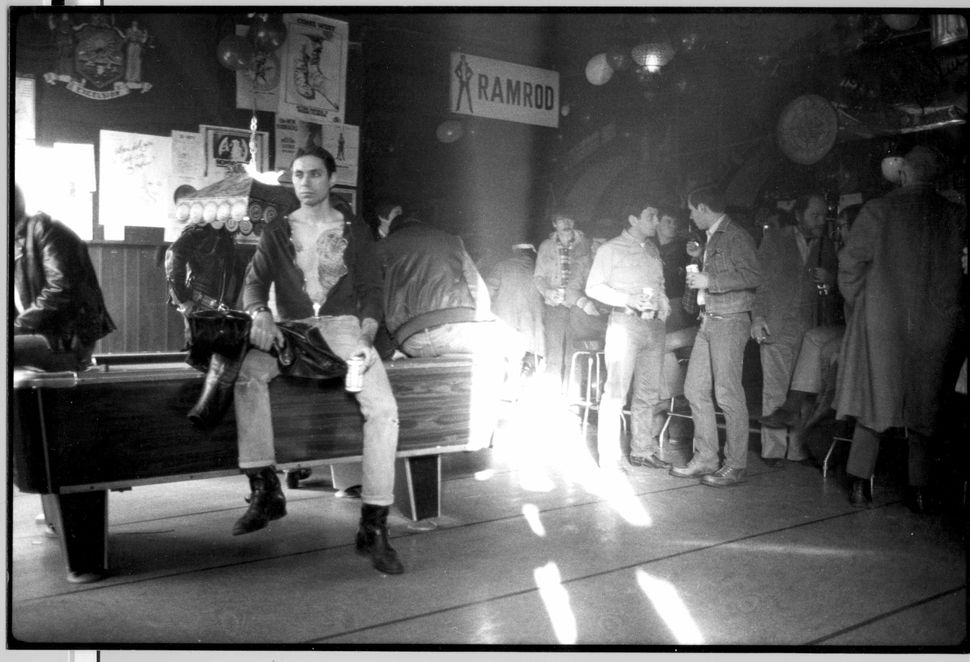 ‘Gay Gotham,” the landmark new show at the Museum of the City of New York, doesn’t directly address the Jewish experience.

But culture impresario Lincoln Kirstein and maestro Leonard Bernstein, are among the ten figures the exhibit explores.

“Through both men, we tell different stories about just how ‘out’ artists could be in that period [of the 1960s],” says Stephen Vider, a co-curator of the exhibit. “Kirstein’s bi, and married to [painter] Paul Cadmus’ sister. Bernstein’s also married, but having relationships with men, which his wife knew about. They represent an important turning point in the story we’re telling — that of defining American art created by queer artists who aren’t necessarily openly queer to audiences.”

Told in three chapters across two sprawling galleries, the exhibition is built around the notion of “queer networks” that began sprouting in the early 20th century – artistic tribes whose radical thinking ultimately trickled up to the mainstream.

There are more than 225 works of art in the show, along with now-poignant ephemera such as nightclub invitations and personal scrapbooks.

The exhibit also features the work of Deb Margolin, whose routines include a Yiddish version of West Side Story’s “America”; Tony Kushner, whose “Angels in America” provided a groundbreaking navigation of gay and Jewish themes; and Paul Rudnick, whose essay “Is Everybody Gay” brightens a glass case of late-20th-century gay literature.

“The Rudnick essay, written for the 25th anniversary of Stonewall, parallels Lenny Bruce’s idea about Jewishness,” Vider says. Bruce famously joked that living in New York means you’re Jewish even if you’re not. “Gayness has become so woven into the fabric of what it means to be in NYC. Rudnick’s idea is also that New York is a place where all outsiders go. So in that sense, everyone in New York is gay.”

Did the Jewish “outsiderness” of pioneers like Kirstein and Bernstein open the door for them to push sexual boundaries as well?

“We can only wrestle with question, not answer it,” says Vider. “For a lot of the Jewish artists in the ‘50s and ‘60s, their outness about Jewishness fits with a kind of sense of separateness, if not outsiderness. The broader mainstream celebration of Jewish culture happens a little before the celebration of LGBT culture, but there are interesting parallels. And as LGBT people got more representations in the mainstream, like “The Boys in the Band,” they tended to be a little more tortured than something like ‘Fiddler’”.

“We feature one of Andy Warhol’s screen tests of Susan Sontag, as well as a Peter Hujar photo of her in 1975,” Vider says. In her essay “On Camp,” Sontag makes a parallel between Jewish assimilation and gay integration. She sees Jewish integration through a critical sensibility, and gay assimilation through an aesthetic one. Whether right or wrong, she’s thinking about minority groups trying to make their mark on American culture in a new way.”

Gay Gotham runs through February 26 2017 at the Museum of the City of New York, mcny.org