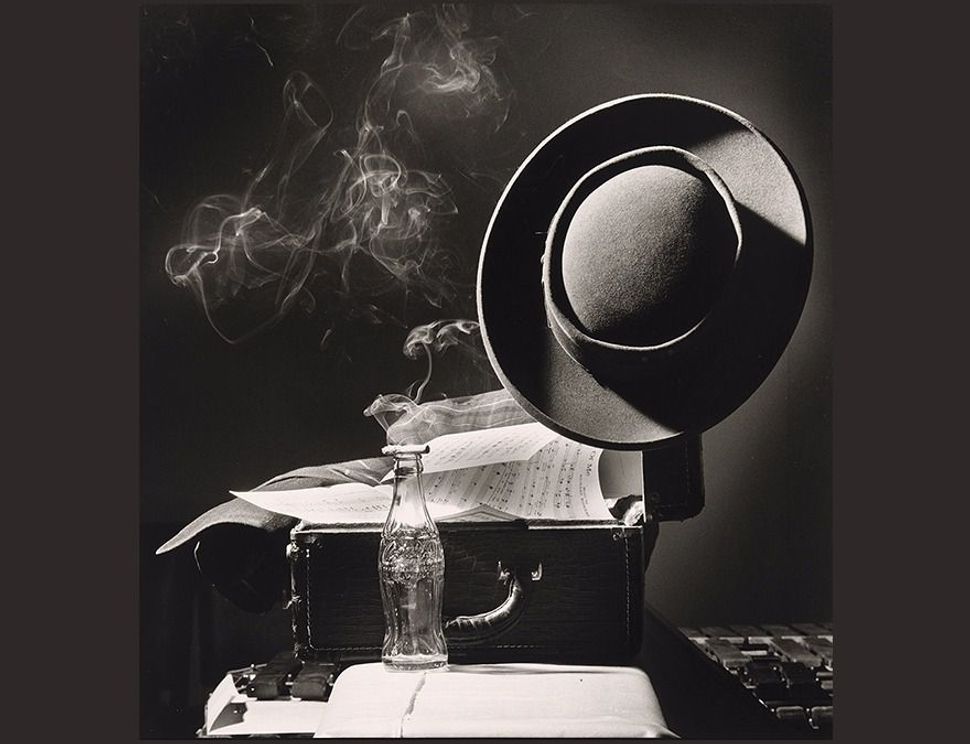 Few people did more to establish jazz’s visual aesthetic than the American Jewish photographer Herman Leonard, who passed away in 2010. Leonard began photographing jazz musicians in the 1940s, often offering club owners and musicians free prints in exchange for access to rehearsal studios. His photographs appeared sporadically in issues of DownBeat and Metronome magazines, as well as on album covers (including the Clifford Brown masterpiece, “Study in Brown,” and the iconic photo of a dreamy Stan Getz on “More West Coast Jaz*z*”). But the photographs weren’t made available to the public until the 1980s, when Leonard rediscovered his collection of negatives from the jazz era.

Currently, Leonard’s jazz photography is on display through February 20, 2017, at the National Portrait Gallery, in Washington, D.C., for an exhibition titled “In The Groove: Jazz Portraits by Herman Leonard.” The exhibition features some of the defining images of the art form. We see Duke Ellington illuminated by a spotlight, snapping his fingers at the piano, as elegant as they come. We see Art Blakey at his most Dionysian — mouth agape, shot from below, all power and spontaneous, rapturous energy.

Leonard also had a knack for subverting expectations. His portrait of Louis Armstrong shows the trumpet player and singer, known as much for his music as for his prowess as a jaunty entertainer, sitting backstage at the Olympia Theatre, staring somberly into the distance with his shadow cast behind him on the wall (a classic touch that serves as a testament to Leonard’s unparalleled skill).

The exhibition also contains what is one of Leonard’s, and all of jazz photography’s, most famous images — his portrait of saxophonist Dexter Gordon. Gordon is seated, framed by the neck of his tenor saxophone, and surrounded by a shroud of smoke emanating from his mouth and from a half-burnt cigarette. He’s seemingly glowing as he stares into the distance with an air of detached sophistication. The image is the epitome of cool. While the exhibition bears Leonard’s name, the curation focuses less on the photographer than on his subjects. Details about Leonard’s life and methods are absent, except for the brief introductory paragraph at the entrance to the exhibition. Instead, each photograph is accompanied by a short overview of its subject’s life and work. For viewers already well versed in jazz history, the exhibition provides a chance to see familiar photographs in person. For those who might not have any knowledge of jazz, however, the exhibition offers a fantastic starting point for a jazz education – proffering a short glossary of frequently used jazz terms as well as an introduction to some of the art form’s greatest figures.