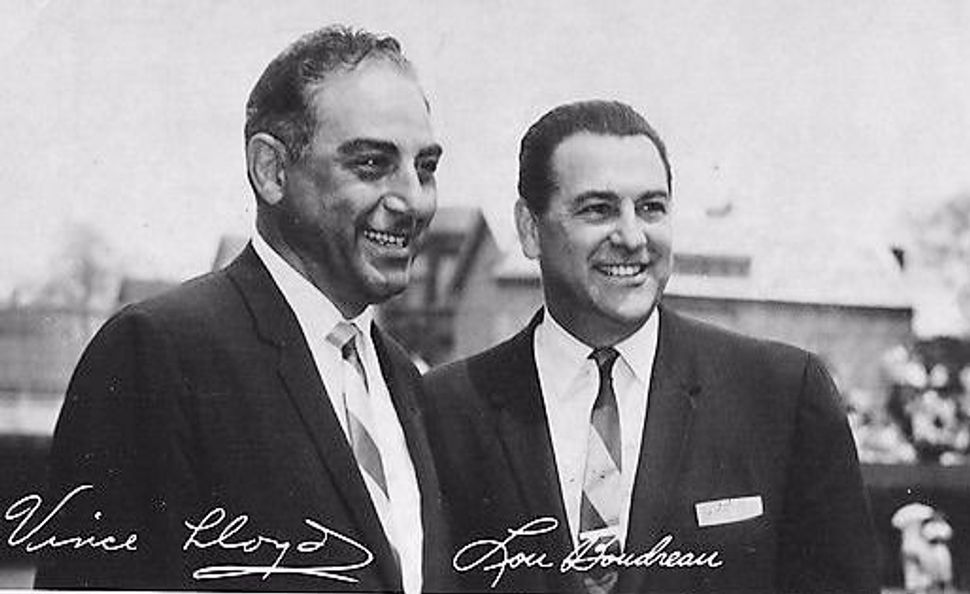 The last time the Cleveland Indians won a World Series, Harry Truman was running for reelection against Thomas Dewey. The Berlin airlift had just ended. The State of Israel was barely five months old.

After defeating the Chicago Cubs in Game 1 on Tuesday night, the Indians are now three wins away from their first title in 68 years. That 1948 Cleveland team was led by Lou Boudreau, a soft-spoken, slow-footed Chicago native with a Jewish mother.

The Hall-of-Fame shortstop made his major league debut for Cleveland in 1938. Four years later, the club’s owner named the 24-year-old player-manager, meaning he both played for and coached the team. He balanced both responsibilities until 1950.

During that fateful 1948 season, Boudreau batted .355 and coached the Indians to a 97-58 record and their first World Series appearance in 28 years. After the Tribe defeated the Boston Braves to lift the trophy, he was named the American League’s Most Valuable Player. “Few players (or managers) ever had a better season than Boudreau did in 1948,” the National Baseball Hall of Fame wrote of the right-hander.

Boudreau also has a lengthy history with the Cubs. He was born in Harvey, Illinois, and joined the WGN radio booth to cover his hometown team before the 1958 season.

In 1960, he was involved in one of the strangest trades in baseball history. Cubs owner Phil Wrigley was fed up with manager Charlie Grimm, and he engineered a swap: Boudreau became the manager, Grimm went on air.

Boudreau rejoined the Cubs’ broadcast team the following season, and he stayed there until 1987. He passed away in 2001.