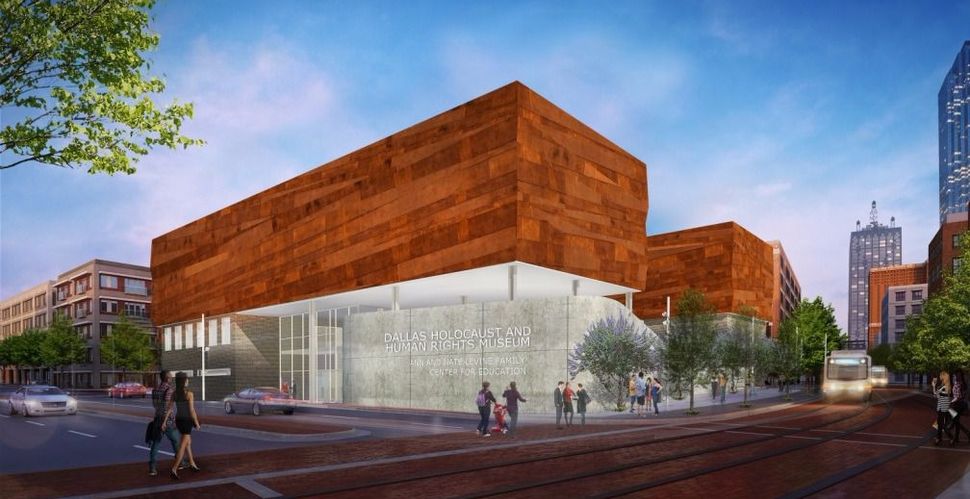 The Dallas Holocaust Museum/Center For Education and Tolerance today announced plans to move to a new, expanded site that will quadruple the museum’s exhibition space. The museum also plans to reorient its mission, changing its name to the Dallas Holocaust and Human Rights Museum.

In a press release, Museum President and CEO Mary Pat Higgins explained the impetus for the museum’s expansion. “At a time when Texas leads the nation in the number of active hate groups, and the Dallas community is still healing from the July 7th attack on local law enforcement officers, the most violent and hateful act against law enforcement officers since 9/11, we believe the mission of the new Dallas Holocaust and Human Rights Museum is more important than ever,” she said. 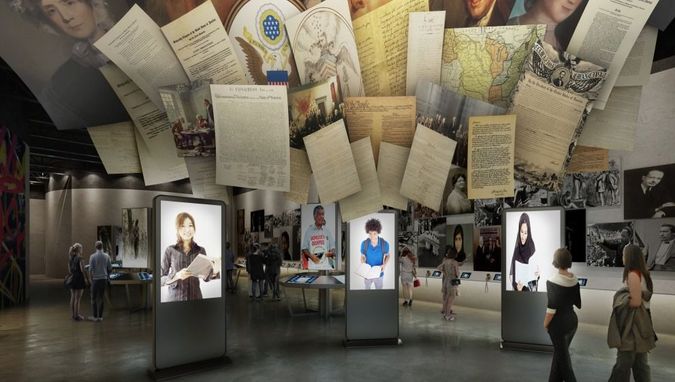 A rendering of one of the new museum’s exhibits. Image by Berenbaum Jacobs Associates

The new museum will exhibit materials on human rights alongside materials from the Holocaust. It is anticipated to accommodate over 200,000 visitors a year. The museum intends for half of those visitors to be students.

While the museum has raised two-thirds of the funds needed to begin construction of its new home, fundraising is ongoing.