This year’s 7th annual DOC NYC film festival has seven Jewish flicks on its schedule, some having their North American or US premieres, others showing for the first time in NYC. America’s largest documentary festival runs November 10-17 at the IFC Center, which produces the event, and includes 110 feature-length documentaries and 102 shorts. Films also screen at Cinepolis Chelsea and the SVA Theatre in Manhattan.

Three of the Jewish docs showing this year feature sports. Both “On the Map” – about Maccabi basketball — and “Forever Pure” — The Beitar Jerusalem Football Club — spotlight political themes, capturing the drama and excitement of big league sports during a time when politics and sports were interchangeable.

“On the Map” tells the miraculous story of the Israeli Maccabi team and their “David and Goliath” victory over the Soviet Red Army champion team in 1977. The film includes archival footage of Israeli-American basketball hero Tal Brody whose triumphant words would become a slogan for generations to come: “We are on the map and stay on the map! Not only in sports, but in everything!” Filmmaker Dani Menkin (“39 Pounds of Love”) and producer Nancy Spielberg conducted vivid interviews some forty years later with the team’s players, NBA luminaries and political leaders. Natan Sharansky says that Brody’s statement made him smile during the nine years he spent in Soviet prison following the historic game. Aulcie Perry, an African American player from New Jersey, discusses his conversion to Judaism. 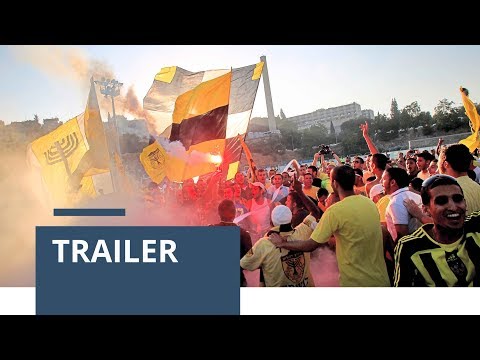 While “On the Map” is a feel good film, “Forever Pure” holds angst and racial tensions. “Football is not a very fascinating sport,” says Beitar team owner Arcadi Gaydamak, a Russian-born billionaire with political aspirations, who signed two Muslim players from Chechnya in 2012. Prior to this, Beitar was the only team in its league that had never fielded an Arab player; its loyal fans, La Familia, known for radical nationalistic right-wing views, reacted with violence and hostility, while other fans decried the racism. “So why does it attract so many fans? At the subconscious level football is a clash between two different groups. It is a kind of war,” says Gaydamak, who viewed the team as a propaganda tool. His controversial decision to bring Chechen players to an all Jewish team — according to his own admission in the film – was not because they were good footballers, but to spark a reaction amongst the fans against their own team in order to “expose its real face.” Despite its history of conflict, Beitar has had a huge influence on Israeli society and elections, drawing presidents, mayors and prime ministers to use the audience for campaigning.

When nine-year-old Naomi Kutin breaks a powerlifting world record, she turns into a national phenomenon and “Supergirl” is born. The Forward covered her in 2012, starting a media avalanche. She seems like a typical Orthodox Jewish pre-teen, planning a fun Bat Mitzvah party, praying in synagogue and chatting with friends at Yeshivat [Noam] in New Jersey, but otherwise this girl’s extreme competitive sport is completely unorthodox (Naomi calls it her “powerlifting alter ego”). Director Jessie Auritt follows Naomi over several years as she fights to hold on to her title while navigating the challenges of adolescence and facing health issues that could jeopardize her future in powerlifting. I think the only thing more painful than a twelve year old lifting 265 pounds is watching her do it. (Imagine at 95 pounds squatting almost three times her body weight.) Naomi’s definitely a noteworthy and charismatic subject, but the paradox of this twelve year old slim, pretty, suburban Jewish girl as a powerlifter defies every stereotype. Although her story is captured well on film, it’s hard to quite grasp Naomi’s and her parents’ (who willfully train and encourage her) true motivation to acquire such record setting physical strength. 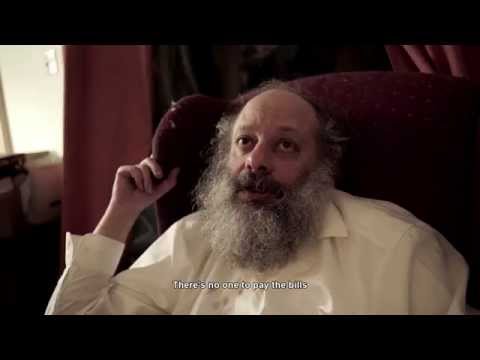 “Thy Father’s Chair” also documents atypical Orthodox characters, sixty-something quirky identical twins Abraham and Shraga, who live together in their childhood home in Brooklyn. After the death of their parents, they lost control of their surroundings, allowing trash to pile up, old food to decay and stray cats and vermin to move in. Propelled by a determined neighbor, the brothers allow a professional cleaning crew to sort and clean their neglected abode. There’s nothing Jewish about the bug infested, filthy household, except for the holy books deemed as “shaimes” to be buried separate from the garbage.

In “Big Sonia,” director Leah Warshawski follows her grandmother, Sonia, one of the few remaining survivors of the Holocaust in Kansas City, as she shares her inspirational story of survival on speaking tours, from 8th grade students to prisoners. The 90-year-old seamstress, who loves using animal prints (from her coat and hand bag to steering wheel and couch), now runs her late husband’s tailor shop in a mall that’s on the brink of closing.

In the film, Sonia says that she had an awakening after hearing people denying the Holocaust. “I was naïve that now people will really take out the hate of their hearts and respect you for who you are as a human being, but I was very very wrong,” Sonia says. “It tortures me so deeply when I hear and see that we are going backwards and the hate is still growing.” 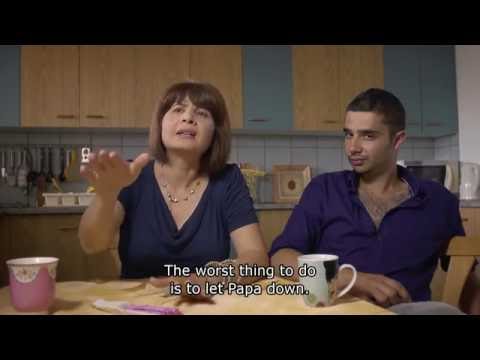 “The Wonderful Kingdom of Papa Alaev” focuses on a domineering patriarchal father and grandfather, Papa Allo Alaev, approaching his 80th birthday, who rules his family as band leader of their family folk-rock group, implementing Bukharian customs and the belief that the nuclear family extends for many generations. After the fall of the Soviet Union, he moved his clan from their native Tajikistan to Israel, where they share everything – household and stage. Performing for over 50 years, they blend Eastern European, Jewish and Roma influences. Excluded from performances is Ada, the only daughter of Allo and the designated homemaker. While the men travel for gigs she secretly decides, with the help of her son, to form her own musical identity, calling into question the future of the family business.

“Mother with a Gun” takes as its subject the Jewish Defense League. Rabbi Meir Kahane founded the JDL in New York City in 1968, training Jewish youth in self defense. Archival footage shows Kahane rallying for Jews to own guns: “Don’t be afraid of it. Be afraid not to have it.” Once considered the most active terrorist organization in the United States, the JDL is currently led by Shelley Rubin. Jeff Daniels’s documentary follows Rubin’s path to extremism, showing how an archetypal good Jewish girl defied family and community expectations to return power and pride to a nation of previous victims. In today’s climate where second amendment rights are being hotly debated, this film, which represents its subjects fringe views, seems particularly a propos.