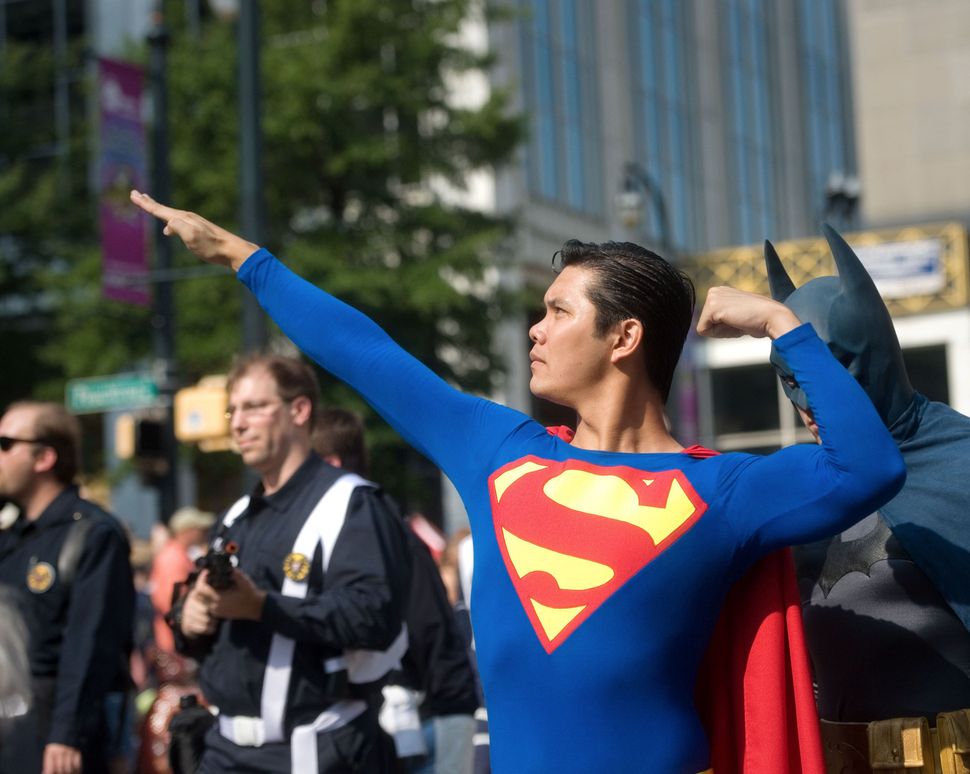 Clark Kent may not have been Jewish, but the Man of Steel almost certainly was.

Creator Jerry Siegel acknowledged as much in his unpublished memoir, which explains that the anti-Semitism he saw growing up inspired him to create a character that would help downtrodden groups see themselves as the superheroes that they really are.

Out of the anti-Semitism, an American icon was born.

The ancient Israelite Samson is commonly believed to be the role model for Superman. But a new line of thinking has emerged that Siegel and co-creator Joe Shuster had a different Jewish character of superhuman strength in mind.

Siegmund “Zishe” Breitbart was a circus performer and vaudeville strongman that was billed as “the Superman of the Ages” during his trips to America. According to University of California, Berkeley professor Mel Gordon, the Polish Jew, “performed his death-defying feats in 1923 and 1924 in Cleveland and Toronto, Siegel and Shuster’s respective hometowns, when they were impressionable nine year olds.”

Breitbart also wore a cape, and according to circus advertisements, was able to stop a speeding locomotive. Sound familiar?

Incredibly, Breitbart was one of several famous Jewish strongmen that toured the country in the early 1900s. For a superb, in-depth look at the fascinating history of Jewish strongmen, be sure to check out this piece by Laurie Gwen Shapiro.